The Maryland Terrapins have had a somewhat successful season remaining within the Top 20 all season under the leadership of Head Coach Mark Turgeon. Turgeon’s utilized a playbook that has works with the strengths of his players. Melo Trimble, a talented pick and roll point guard, Diamond Stone, a mobile freshman big man, and seasoned leaders Rasheed Sulaimon and Jake Layman are all go to guys in very specific sets. In addition to Early Offense drag and double drag screens, here are 3 sets the Terps have had great success with all year and sure to use in the tournament.

This early offense package allows point guard with great attacking and pick and roll ability to get into the lane very quickly.  The post up option for the low post or short corner post is often used to give the 4 or 5 a lay-up or a mid range jump shot from the post. 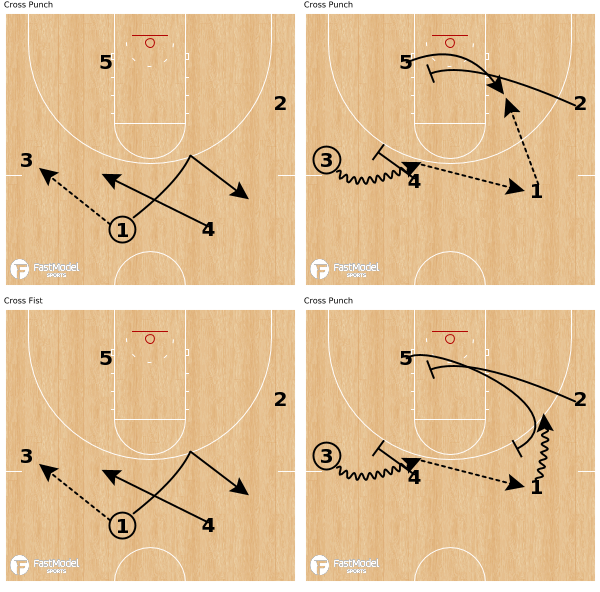 This Floppy set has put the 3 man in position for an easy lay-up on just about every occasion for the Terps.  Rarely does this set lead to a perimeter look.  Notice the corner 3 option that took place vs North Carolina when the low post pass was denied. 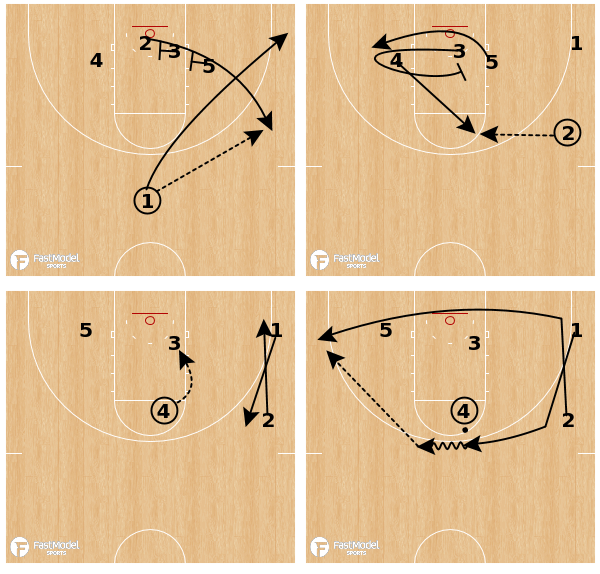 This play is great in that it recognizes that Rasheed Sulaimon is excellent at turning the corner especially going left.  This weave action has every one mobile, and all defenders thinking and second guessing on the move.  The final action is a ball screen that’s available as soon as the attacking guard catches the ball.