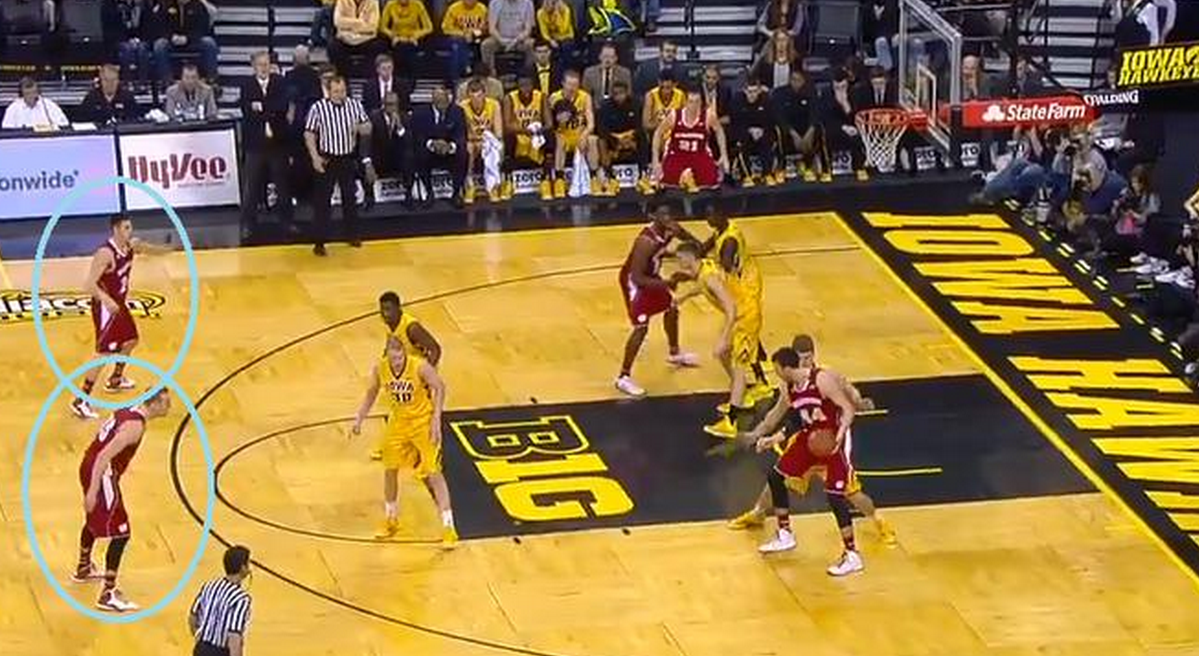 In the premier of the FastModel Motion Offense Forum last week, we introduced the foundation of motion offense – the basket cut. Building the habit of basket cutting is essential to motion offense and it leads us to our next progressions.

There are new concept to be introduced, but the basket cut will be referred back to often.

Today, let’s begin by learning the basic downscreen, the four cuts that are used in motion offense and introduce some methods of teaching them.

To isolate these actions and teach timing in detail, using the drill 1/0 With Chair is a good starting point. Set up a folding chair on the court with the back of the chair angled towards the top of the circle. This emulates the eventual position of the screener when executing a downscreen.

Players on the wing have a basketball and they pass to a coach/manager/teammate who is centered. Here are the key teaching elements: Make sure you run the drill on both side of the floor. Optimally, there would be four lines and four chairs with two on each end plus a coach passing and players rotating through the drill all over the gym! It should be loud with players calling cuts.

This is your basic shooting drill for motion offense. Set the chairs up before and after practice and players can partner and run these cuts on their own. Game shots, game shots, at game speed!

After the cuts are introduced, it is time to progress to the introduction of the downscreen. The downscreen is the most common screen in motion offense. If you run four-out, three-out/two-in or five out, it does not matter, players will set downscreens.

In this 2/0 drill emphasize a hard step with the near foot after the pass is made from the slot to the coach.

Here are some key teaching elements: Progress through the cuts and flip the drill and run it on both sides of the floor.

This is a foundation drill that is a shooting drill for motion teams. These are your shots and the ones to be practicing. Use them during a pregame warm up! Game shots, game spots, at game speed!

Building these motion offense habits are essential before adding defenders and going live. Players should grasp the concepts of walking the arc, running tight to the screen, second cutters, jump-stopping into the screen before progressing.