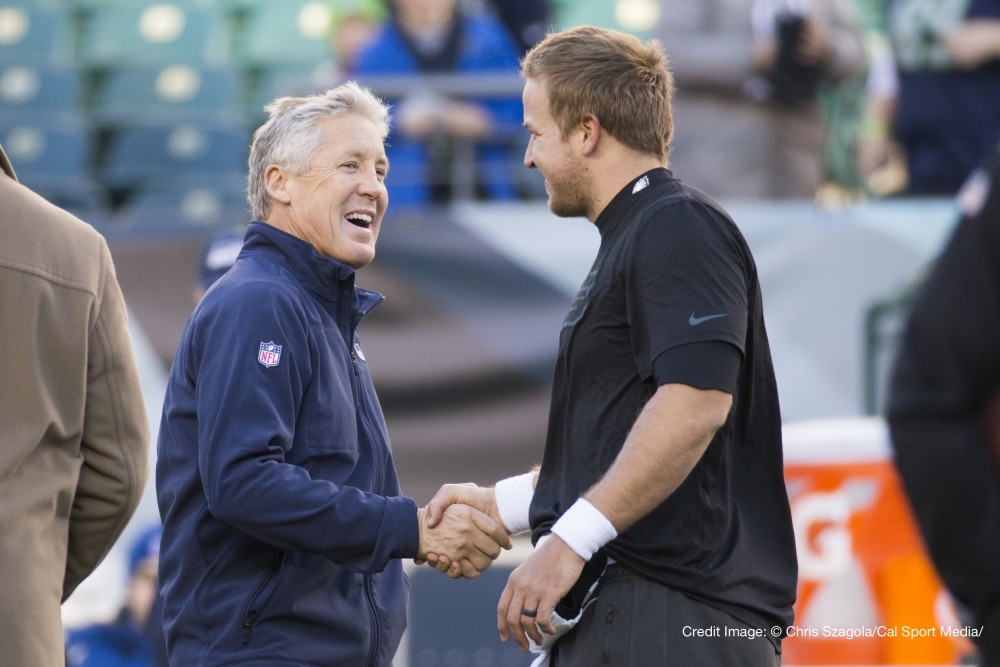 The image of a coach that yells, curses, makes threats, overreacts and might even throw a ball or chair around is not hard for people to picture. Think Bobby Knight or former Rutgers coach Mike Rice, not to mention many AAU and volunteer parent coaches. But is that the best way to motivate, inspire, encourage, or lead your team? Pete Carroll, the 2014 Super Bowl-winning head coach of the NFL’s Seattle Seahawks, does not think so. With the Seahawks a play away from back to back Super Bowl Championships, one doesn’t have to look hard for articles that describe Carroll’s approach to coaching (http://bit.ly/1Cpb8tF or http://bit.ly/1usjACa). In these articles, you will see he has a number of strong beliefs about what makes a good coach, and the strongest among them might sound the simplest…being POSITIVE!  Pro Bowl cornerback Richard Sherman states, “I think with any player, nobody likes to be dogged. There’s some hard coaching with Pete, but here (Seattle) they do it in a way where nobody screams, nobody yells, everybody has a positive mindset.” Yes, players will make mistakes…  what they need in order to improve on those errors is to be coached, corrected, nurtured, and instructed, not yelled at or made to feel poorly about themselves. With that in mind, below are a number of simple ways coaches can work in some positivity into their programs.

It’s important not to mistake Coach Carroll’s approach to coaching as soft, as he has been described as one of the most competitive coaches in the NFL (known to jump into goal line scrums with no pads). Losing Super Bowl XLIX will hurt him and the players on his team but you can bet he will turn that pain and emotion into a positive before next season.