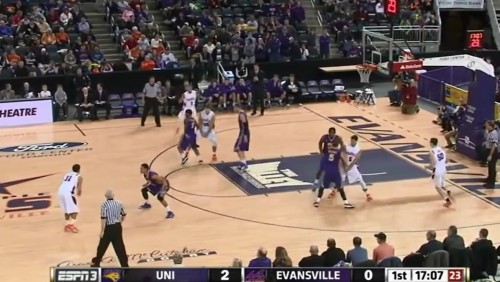 In the latest entry into the FastModel Motion Offense Forum, Vol. 4 deals with such topics as designating screeners and cutters, shallow cuts and flare screens.

Fairly soon into your installation of motion offense, you will need to decide if you are going to designate players as either screeners or cutters in your offense. That decision can be based on personnel or your personal preference as a coach. And there are options if designating screeners and cutters is not in your plans.

If left free from such restrictions, players in a motion offenses will evolve into such roles. The question is, will these roles fit your evaluation of your team? Will the players that need to be getting the bulk of the shots get those shots if left to their own devices?

For the purpose of this series, the drill progressions that lead to the installation of a full motion offense will feature designated screeners and cutters. Here are some thoughts on the matter:

There are screening principles other than designating screeners and cutters such as:

None of these give individual players as clearly defined roles as designating screeners and cutters.

The shallow cut is an integral part of motion offense. It can serve as a pressure release, put a guard in the post, set up a flare screen or make for the best backdoor cut in basketball.

A shallow cut occurs when a player with the ball on the point or high elbow (slot) dribbles at the wing. The player on the wing then cuts hard to the block, pauses in the post, then sprints to fill the high elbow. The two players essentially trade places.

Use it when a screener is above a cutter to introduce variety into motion offense. The shallow cut is the foundational skill before introducing the flare screen. If the defender overplays the fill and denies the pass back to the high elbow, plant and go backdoor. This is one of the best backdoor opportunities in basketball.
Introduction to Flare Screen

In the previous entry to the motion offense series, we discussed downscreens and progressed to the point of defending the cutter and playing two-on-one. Before advancing to two-on-two live play it is important to introduce the flare screen for the screener will not always be above the cutter.

Connecting the shallow cut with the flare screen into this 2/0 Shallow Flare Drill is a great way to integrate both elements. The screener starts with the ball on the high elbow and dribbles at the wing sending him/her on a shallow cut. Once the high elbow is filled, the ball is reversed to the coach. On the flight of the pass to coach, screener sprints into the flare screen. Below are some tips on flare screen techniques.

Some keys to effective flare screens: