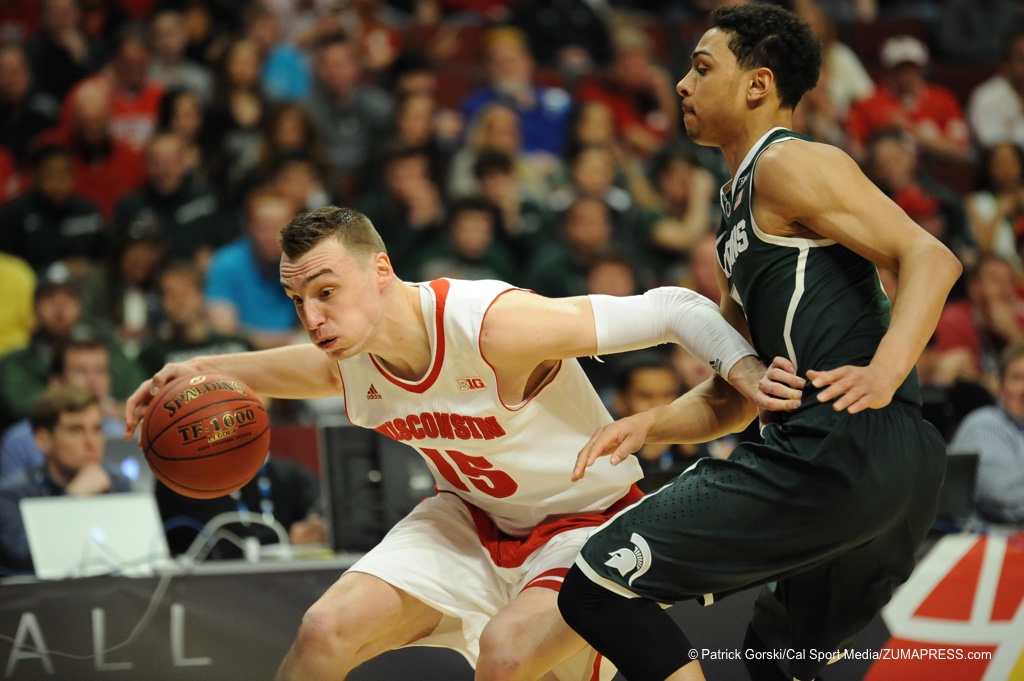 This is a second entry regarding the qualities and skill sets that make up a great defender. Part 1 on the art of 1-on-1 defending laid out 4 important qualities of a superior defender, this time we will focus more on 3 specific drills that will help create a better defender.

Place a cone at the feet throw line extended at the opposite end of the court. The offense can’t cut in towards the basket until after they reach that cone, which allows the defense a bit more time to catch up and avoids collisions at mid court. The defensive player works to track down the offensive player and make a play on the ball. It is important that players do not get out of control during this drill, and that they never hit one of their teammates while in the air…we don’t want anyone getting injured. Instead, the defender needs to work on doing one of the following: sprinting in front of the offensive player; knocking the ball out from behind; blocking the shot from behind; or catching up completely and working to stop further penetration. (Note: while this is primarily a defensive drill, it is also a great way for your players to learn to finish with pressure and/or small contact on the offensive side of the ball.)

This is an update to the classic Zig-Zag cone drill that everyone remembers from their middle school and high school days.  Place 3-4 cones 5-7 feet apart on the lane lines, extending from the baseline to half court. Split your team into pairs of equal quickness and ball handling ability. One player is on offense and one player is on defense.

The defensive player must make the ball handler “zig-zag” between the sideline and the row of cones. This makes the defender work on staying in front of the offense, as well as making the offensive player change direction multiple times while maintaining their dribble.  This is the controlled portion of the drill – if the offense gets ahead of the defense, they stop and allow the defense to catch back up. If the defense steals the ball they give it back.

Once the players reach half court, however, all bets are off. Both players play as hard as they can to either make a basket or prevent a basket. Offense and defense switch positions and the drill begins again on the other side. Play continuously for 3 minutes and have players keep their score throughout the game (scoring is worth 1, getting fouled is worth 1 and getting a stop is worth 1)…winner gets a water break and loser does a down and back sprint.

This drill focuses on a player’s ability to crash out on down screens and play 1-on-1 defense from the wing. Great scorers usually come off a plethora of screens (down screens, cross-screens, ball screens, fade screens, etc), and great defenders know how to mitigate the disruption caused by a great screen. More often than not, great shooters have to be chased around screens. For example, you can’t cut up the middle and meet Ray Allen on the other side of the screen…he will have faded to the corner and already shot a 3 before you know you lost him.

This leads us to “chasing out” on screens. First, always keep the offensive player as close to you as you can – separation is an offensive player’s dream and a defender’s nightmare. Second, allow as little separation as possible as the play develops – be tough, don’t let them push you into the screen. Third, sprint out hard while also staying ready to get in a balanced defensive stance as soon as the offensive player catches the ball.

FastModel Sports
Tags 1-on-1, close out, man to man, transition