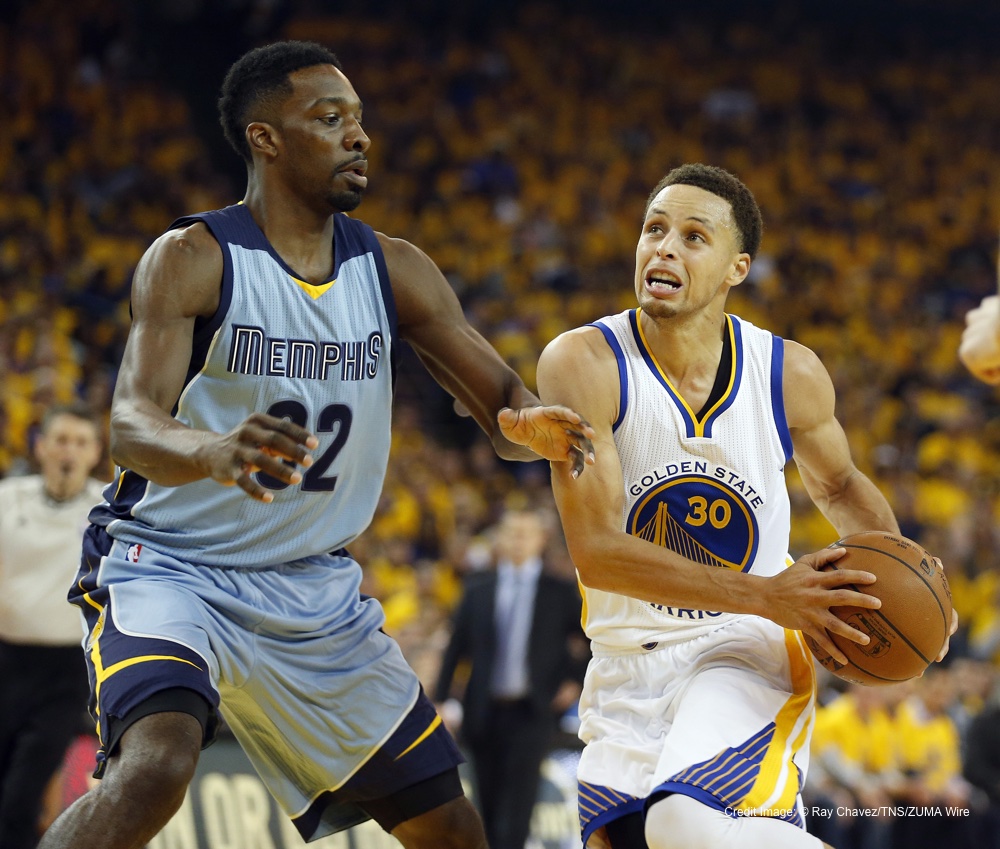 In a matchup between two of the league’s best defensive teams, good offensive sets can be hard to come by. Here are 5 well-executed plays from Game 2 between the Grizzlies and Warriors, with a few that are smartly designed to counter the defensive tactics of the opponent.

This was the opening play for the Grizzlies in Game 2 versus the Warriors. There is a lot of moment to this play and it presents multiple options, making it a great play to get your offense started. This play presents two opportunities for Zach Randolph to post up on either block, and really takes advantage of Marc Gasol’s ability in hi-lo situations. This early offense action features a thru cut by Mike Conley, and several different options branching off. 5 sets a wide pindown for 2 while 1 finishes his thru cut and curls off of 4 on the block. 3 can hit 2 on the pindown, 1 on the thru cut, or 4 sealing for a post up. If none of these options are available, 3 can reverse back to 2 and set up 2-man game with the 5, opening up a whole new set of options. The “Fist 2” set is a staple of the Chicago Bulls offense using Derrick Rose, and the Grizzlies used it well here against the Warriors, who “Ice” against the Side P/R. The 5 man screens against the Ice, and the 2 man drives hard to occupy x5 on the help. This set works best with a 5 man who can short roll or pop into the pocket created by the Ice, and having a great duck-in 4 man like Zach Randolph to occupy the weakside help works even better! This was a smartly executed play that the Warriors used against the Grizzlies in Game 2. Knowing that the x3 would show against any Pistol Step Up screen, Stephen Curry quickly spun back out of the P/R and reversed the ball to David Lee. Harrison Barnes immediately slipped out of the screen and to the basket for an easy lay-up. Golden State ran this play against Memphis in Game 2 for a David Lee post up. This set is run out of a traditional San Antonio Strong formation, a great shooter at the 2 like Klay Thompson is the perfect decoy to set up a post opportunity. May 5, 2015 – Oakland, CA, USA – The Golden State Warriors’ Stephen Curry (30) goes to the hoop against the Memphis Grizzlies’ Jeff Green in the first quarter of Game 2 of the Western Conference semifinals at Oracle Arena in Oakland, Calif., on Tuesday, May 5, 2015. (Credit Image: � Ray Chavez/TNS/ZUMA Wire)
Sharing
Authors