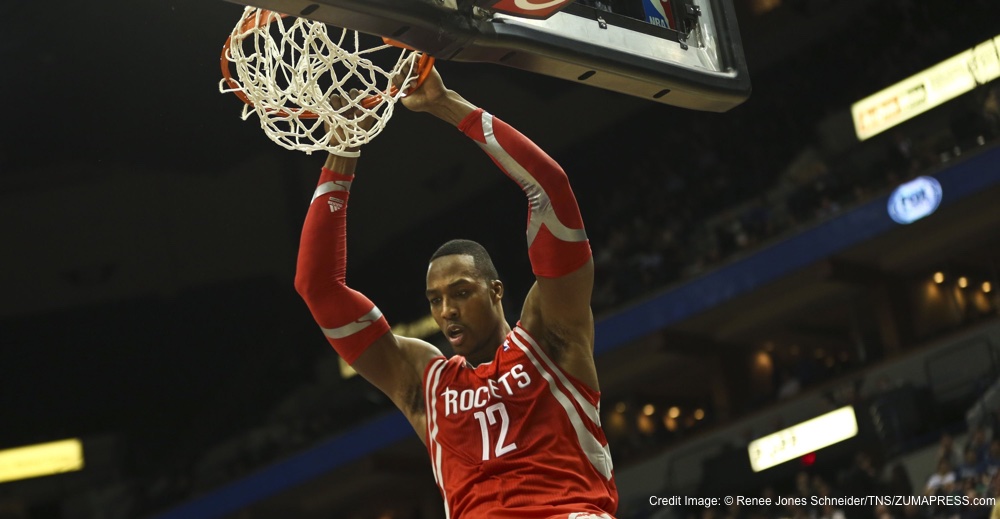 One of the interesting X’s and O’s developments to emerge out of the 1st round of the NBA playoffs was the pick and roll connection displayed by Josh Smith and Dwight Howard of the Houston Rockets. Josh Smith would not be your first thought when asked to name a ball handling 4 man in the pick and roll, but he displays several unique abilities that allow him to succeed:

1. He’s a lefty, and can get away with having just one dominant hand for ball handling. Defenders are used to sending players left, which is where Smith succeeds in the pick and roll.

2. He is a surprisingly good passer, and especially excels at the lob pass.

3. His drive must be respected in the pick and roll, as he has a deadly running left hook from just about anywhere in the paint.

Additionally, defending a 4-5 pick and roll is a unique and different proposition for the defense. 4 men in the NBA are expected to know how to defend the screener in any pick and roll, but are rarely tasked with defending the ball handler. This type of pick and roll also puts the 1, 2, and 3 off of the ball, which makes help defense increasingly difficult when all 3 can shoot from deep.

Lastly, Dwight Howard possesses the athleticism and instinct to capitalize on any misstep from the defense. He is adept at understanding when to slip a pick, when to spin out of a post up for a lob, and when to seal a mismatched defender deep in the paint.

Here are 4 different plays that the Rockets used in the 1st round against the Dallas Mavericks that highlighted the Smith-Howard connection.

This is the most basic early offense option that Houston used against Dallas in the 1st round of the NBA Playoffs. The drag screen typically involves the point guard and one or both bigs, but here Josh Smith is the ballhandler and coming off of a screen from Dwight Howard to his strong left hand. The NBA 4 man is not used to defending the ballhandler in a P/R, and Howard rolls hard to the rim always looking for a lob, making this an extremely difficult cover for the defense. Shooters are spread in the corners to limit the ability of help defenders. This simple Turn 4 set gives Smith good positioning for a post up, and the flare option for Trevor Ariza is always available to keep the defense honest. A 4-5 pick and roll is a difficult enough play to defend, but moving the screen down to the block confuses the coverages even more than usual. In this play the defense committed to the pick and roll too soon, and Howard spun out of the pick for a lob pass. This was a go-to play for the Rockets against the Mavericks. Once again, Houston put Josh Smith and Dwight Howard in a pick and roll, but in a different location on the floor. Dwight Howard slipped or rolled hard for multiple lobs, sealed x4 when the defense switched, and even sealed on a switch and then spun out again for a lob. Add in Josh Smith’s ability to finish with his running left hook in the lane, and this play caused fits for the defense. Fist Up Fist Out

Even when the Rockets weren’t punishing the Mavericks in round one with the Josh Smith-Dwight Howard pick and roll combination, they still found ways to take advantage of the defense and connect for lobs. This is a simple 1-4 high pick, with a throwback to Smith. He immediately goes into Side P/R action with James Harden, or DHO in this case. This is hard work for x4, Dirk, who shows hard on the DHO. Note the 1 and 3 switching spots on the weakside, which makes x1, JJ Barea, the low defender.

As Harden hits Smith on the roll, x5 must pull over to stop the drive. JJ Barea is sitting on Howard’s top leg like he is supposed to be, but that hardly matters. This is an easy Smith to Howard lob.