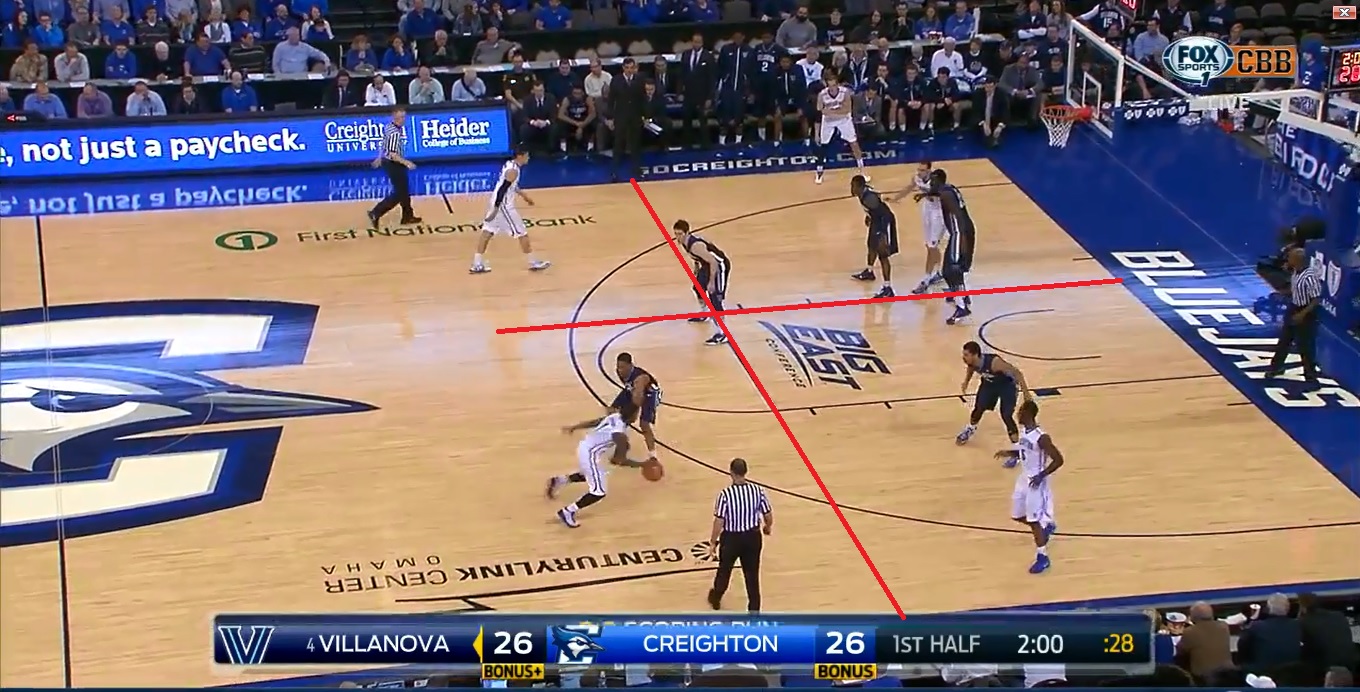 The strength of a pressure man defense stems from its helpside defenders. In Vol. 3 of this series, we take a look at a few concepts to build help defense.

There are clear cut rules for the positioning of help defenders and they have to do with the location of the ball. The rules are call the “Line Rules.” The Line Rules are twofold: These are rules. They are clear and easy to follow, critique and drill. On film it is easy to see if players are following the line rules. The rules give help defenders a clear rule to follow.

Many coaches teach an open stance when on helpside. The help defender is facing the opposite rim and has his/her “pistols” up pointing to the ball and their man.

In pressure man defense, eliminate the “pistols” stance and just replace it with deny stance. Follow the line rules and get on the prescribed line, but use a deny stance. Players should have their backside towards the basketball. They can still see ball and man, but he closed stance discourages straight line passes through the defense. A deny stance while on helpside encourages the offense to throw over the defense. In a four-player shell drill there are two helpside defenders to evaluate for stance and positioning.

Shell drills are excellent for drilling the fundamental concepts such as line rules and stance. Emphasize jumping to the ball and moving as the ball moves. The help defenders are vital in shell drills.

In coming posts, we will discuss help rotations, defending ball screens and screening action away from the ball in a pressure man defense.