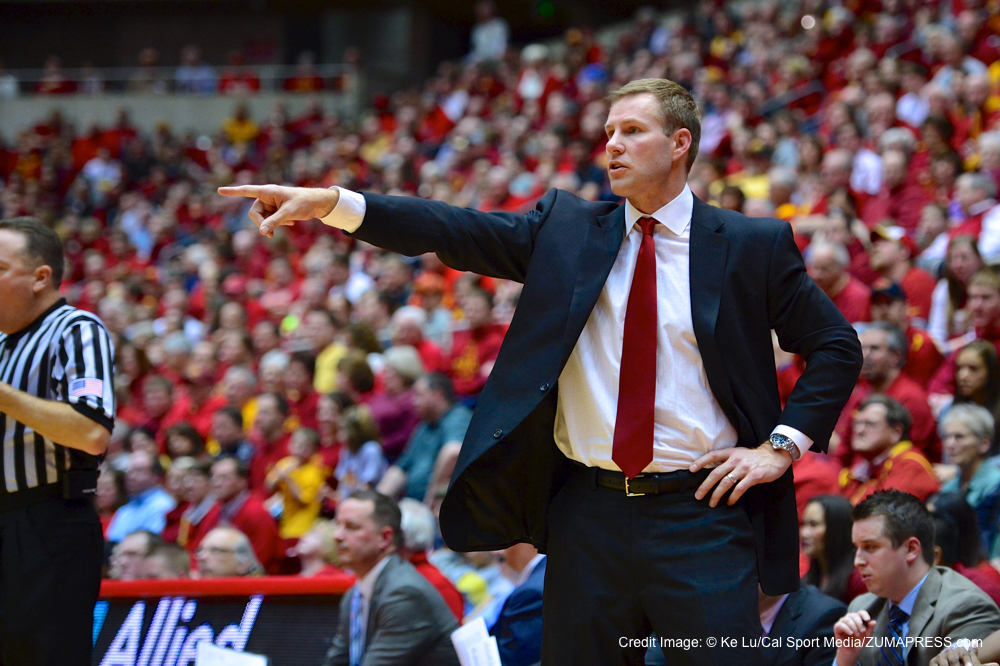 Click on any play diagram to access the FastModel Play Library and send any of our 4000+ plays to your FastDraw Software. Below are the top five downloaded plays from our FastModel Library for the Month of May.

“Randy Wittman drew up a great after timeout Hammer set to get an open 3 to take the lead late against the Atlanta Hawks.” This play was originally published in our library in December. It started making the rounds again this past month and was our 4th most popular play of the month. Iowa State has been one of the best teams to watch for anyone looking to pick up great X’s & O’s. With all signs pointing to Fred Hoiberg going to the Chicago Bulls, Iowa State sets have been a big hit in our library. “David Blatt has been adding new sets almost every single game throughout this season. To start the playoffs he added this new set “Zipper Cross” to try and get Kevin Love a post up in Game 1. Throughout Games 1 & 2 he then ran this set with different counters and options out of it, the main one being a high Pick & Roll for Kyrie Irving to attack out of. The set starts off with a Zipper cut (typically by Kyrie Irving) and then the bigs cross, looking to get Kevin Love to seal out of it. If the post is not open or if Blatt wants Kyrie to attack out of the Pick & Roll, the 5 man continues high and Love exits to the corner to space the floor. They have also ran this for LeBron to post & then counter that with him flashing to the Elbow for an isolation.” This continuity offense was dropped in to our library early in May and has been extremely popular at all levels of basketball. Leave us a comment and let us know what you think! We are always working hard to give coaches the tools they need to grow the game.