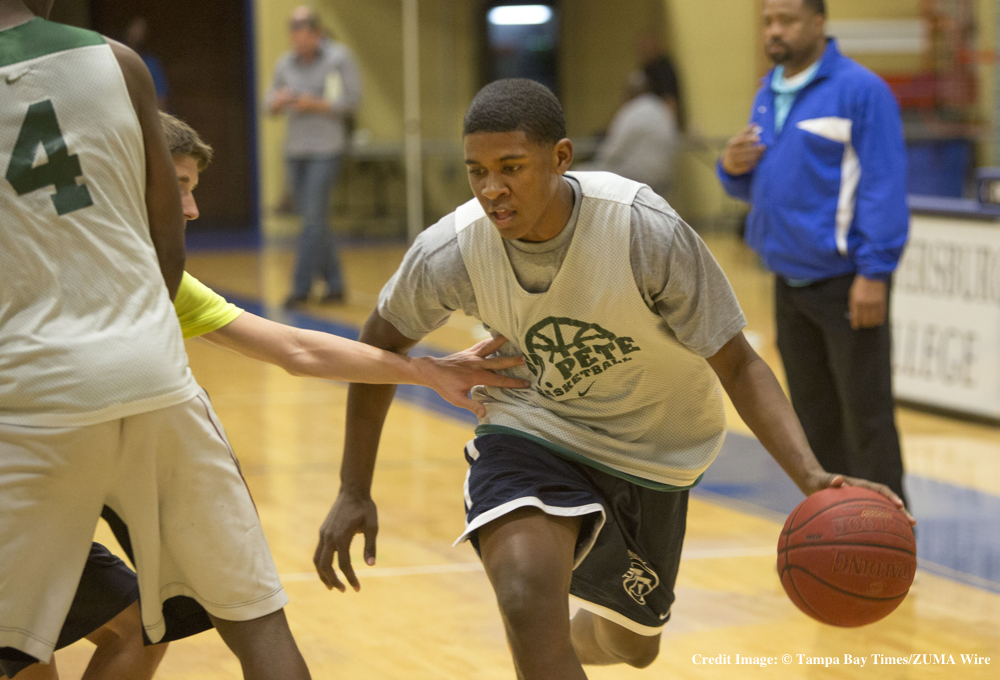 (This an ongoing series chronicling Zack Freesman’s 35 Day Camp Tour covering 9 camps in just over a month. You can read Days 1-3 here.)

I am going to preface this post by sharing for those of you that don’t know me, I am a very competitive person. This can create a few problems at camp because I don’t enjoy letting campers beat me, although every once in a while, you need to put your pride to the side. The camp goes absolutely nuts when a coach loses (it happened to another coach in camp knockout this afternoon) but I had no intentions of letting one of my players, Marcus, beat me in a game of 1 on 1. The game took place immediately after walking in the gym this morning and there weren’t more than a handful of campers present.

The game was to 3 and of course Marcus got on the board first. Coming out of the gates, I couldn’t make a shot. After a few more possessions, the score was knotted at 1. Marcus began firing from downtown before I realized he was going to try and claim a 3 pointer was worth 2 points and give him the win. As I started to contest his shot, Marcus drove by me for a layup to take the lead. I ended up making two lucky jumpers to win the game 3-2 but man, I was nearly in for a LONG day. Had I lost, that score would have spread through camp like a wildfire.
Skill development stations got a bit interesting this morning. Yesterday we covered some fundamentals with chest, bounce, and overhead passes. After reviewing those concepts and reminding the campers about “pepper”, I introduced a drill that tested their focus and ability to listen more than their basketball skills. The campers were asked to pick a partner as they each had a basketball. Standing about 12 feet away, one partner would bounce pass simultaneously to receiving a chest pass from their teammate. As long as the two partners worked together and made crisp passes, the drill was a lot of fun for them while not even realizing they were practicing fundamental passing.
Shortly before our lunch break, my team participated in hot shot. This is a contest where shooters have 45 seconds to fire away from different areas on the court, with all spots having different values. While Marcus was getting buckets out there, my other players were trying to determine how old I was. The first three guesses were 30, 25, and 27. I had a good laugh and wondered if I already am getting old; I turned 21 less than a month ago.
For our afternoon stations, I was assigned to rebounding. I immediately decided to teach the kids numbered rebounding, a drill we use at North Florida. 4 offensive players are spread out in the corners and on the wings and are given numbers 1 through 4. 2 defensive players start inside the arc, underneath the basket. As the drill begins, I call out a number combination such as 13 and intentionally miss a shot (that’s not hard for me to do) which means 1 and 3 crash for the offensive rebound. The two defensive players must “hit” the two offensive players before chasing down the rebound. It was a bit challenging to teach this concept to 10-12 year olds but they picked it up better than I had expected.
Some more excitement followed with our first victory of the week. The kids were elated when the final horn went off but the most rewarding part was seeing the players with less basketball experience setting ball screens and moving without the ball. You can imagine that at 10-12 years old, many players are used to standing in one spot and continuously screaming the player’s name that has the ball. There is no better feeling as a camp coach than to see the kids executing what was talked about and practiced.
One of my favorite parts about working summer camps is exploring the college towns. For dinner, some other coaches and I went to Plucker’s, a sports bar and grill. The food was pretty good but the sports trivia on Tuesday nights is what drew us to the restaurant. It was a pretty neat environment as they closed the back area to only those participating in the trivia contest. Our group of five ended up winning a gift card to the restaurant once they got to the round of basketball questions. Fun night with some good people!
The following two tabs change content below.