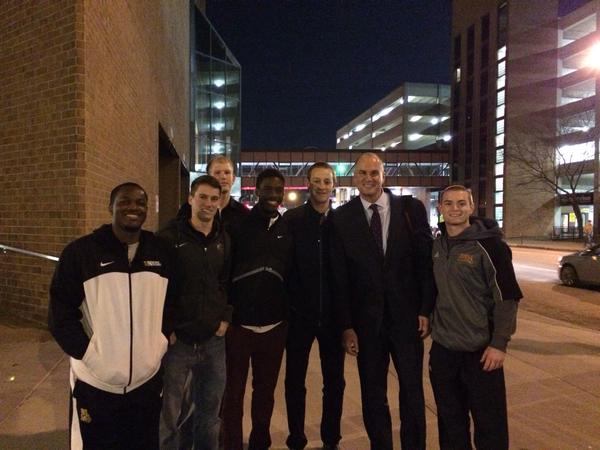 (This is an ongoing series of a 35 day camp tour by Coach Zack Freesman. To catch up on his tour, click here)

I wasn’t in the building for more than 2 minutes before the least experienced player on my team asked me to do some extra drills with him. Of course, I immediately said yes and asked what he would like to work on. We started off with him running in from the 3 point line, receiving a bounce pass from me, and shooting a layup. After 4 straight misses, including two air balls, I felt it was best to take over and do some teaching. After spending 15 minutes on form shooting, this camper was making close range shots but I could tell something else was different. For the first time all week, he appeared confident. Part of me was wondering if he was the first person in the gym because he wanted help but didn’t want others to see. Either way, it was by far the most rewarding part of my day!

The group ball handling station was in the morning today and I decided to give a break to the coach that usually runs the drill for our age group. Instead of doing full court dribbling moves for the third day, I switched it to stationary ball handling. Each team was lined up and the first player had two basketballs. He was asked to pound them at the same time in a stance, keeping the balls below his knees. The biggest challenge for the campers is to keep their head/eyes up while dribbling. To work on this weakness, a teammate stood in front and flashed numbers on one hand. As the ball handler was doing the drill, he was calling out the numbers shown.

I decided to have a little competition during my passing skillwork. These 10 minute stations move quickly so after 3-4 minutes on working on fundamentals, it was time for some fun. I made a large box on the wall out of tape and the game was simple: stand behind the cone and hit the target or you are out. Each round, the cone moves back until we have a winner. The kids loved this because they simply like anything that has a winner. As a competitive person, I can definitely understand. My favorite part of this station comes each day when I start to ask what we need to remember while passing. Every camper yells pepper!

We went 1-0 today in our 5 on 5 game, so naturally my campers were thrilled. Offensively, I installed a team rule yesterday that seems to be working: either set a ball screen or move without the ball. Although I was happy to see movement, the real excitement came on defense. My campers were finally understanding the concepts of help-side as well as seeing both the ball and their man. The lowest moment of the day came when one my players had a nice drive to the basket and got fouled to the ground. I sprinted from half court to pick him up while the other four players watched. I was so disappointed that I stopped the game and had those players do 5 push-ups each. As silly as that might sound to some, that frustrated me to no end.

The afternoon shooting competition consisted of both shooting and rebounding. Each team was at a different basket and competed to become the first group to make 10 shots from an assigned spot. Instead of chasing down their own rebound, I added in something we do at North Florida. There would be a rotation from shooter to rebounder to back of the line. I have found that if kids are chasing down their own shots, they start running for the rebound before they even shoot the ball. At UNF, we teach to “freak the weak” because 70% of misses end on the weak side of the basket. I heavily encouraged the player rebounding to hustle to the opposite side of where the shot was coming from.

By the time dinner time hit, I was absolutely starving. Along with two other out-of-town camp workers, we headed to Chimes, a restaurant on campus. The food was pretty good and there was no wait, which was a huge bonus. Just next door, we met up with a few LSU managers at Barcadia. Yes, that is just what it sounds like – a bar and an arcade. Although I didn’t insert any quarters, we played connect four on a giant, human sized board, which was awesome! Shortly after, the locals took us to the l’auberge casino. I’ve heard people talk about it everyday since I arrived in Baton Rouge, so I had to check it out. I couldn’t have had more fun with some great people tonight!

Four days ago, I didn’t know any of these people. Student-managers: get out there and work camps!