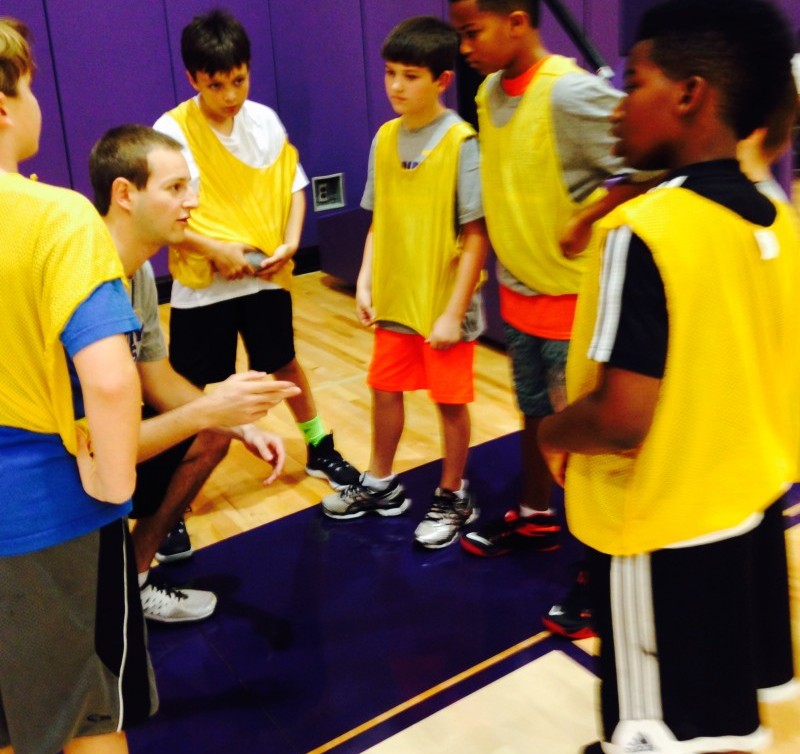 Today was the final day of Johnny Jones individual camp at LSU. The campers arrived early and with more energy than ever. A full court game of 5 on 5 was being played immediately and I decided to jump in. I was no longer going to let the kids score on me and get to wherever they wanted to on the court. I demanded the rock in the post and went over my left shoulder on back to back possessions: buckets. I couldn’t take it easy on the campers after receiving criticism from multiple readers a couple days ago for my efforts during the 1 on 1 game.

Confidence was brewing for the LA Defenders (my team name) this morning. It was pretty apparent that my team contained the least amount of talent of the six teams. After winning one round of a shooting contest and coming in 2nd of 6 of a dribbling relay, my campers were mentally prepared to contend for a championship. Okay, maybe not, but they certainly appeared that way.

The 2-3 pool play record earned us a 4 seed in the championship bracket. The 1 and 2 seeds were rewarded a bye and we would square off with the 5 seed for a chance at the semifinals. The game was close the entire way and I may have been, probably was, sweating out there. Although I wanted to win for the kids, I really didn’t care about the score. I just wanted the campers to perform the little things that I have been preaching all week. After a controversial call that I made (yes, the coaches also referee) in favor of the other team, we were headed for overtime. My players weren’t happy with me but I spent so much energy trying to explain the importance of defending without using their hands. In college, it’s automatically called when you have two hands on a player. Why not teach them early?

We ended up making a lucky shot in the sudden-death overtime period. The gym went nuts and we were on the way to the semifinals. I won’t write much about the next game because it wasn’t pretty. We went down something like 24-8 and my guess is the opposition converted 20 points off turnovers. The game ended up being a 6 point contest because the opposing coach did the right thing and removed his best players at the correct time. However, the part that disappointed me was that some of my campers started to melt when the score went bad. All in all, it was a great run and I was proud of each and every one of them!

At the completion of camp, I asked each kid what the most important thing they learned was this week. Some kids had great answers and others didn’t, but when my best player responded with “how to be a great teammate”, I knew my job was done.

I couldn’t have been more impressed with the staff at LSU and how organized they were the entire week. The camp ran smoothly from Monday morning until Thursday afternoon and I know there were many hours of hard work put it to this. Great camps don’t just happen on their own. My next camp starts tomorrow as I remain in Baton Rouge to work LSU Team Camp. Looking forward to what is in store when close to 80 high school basketball teams come together and compete!