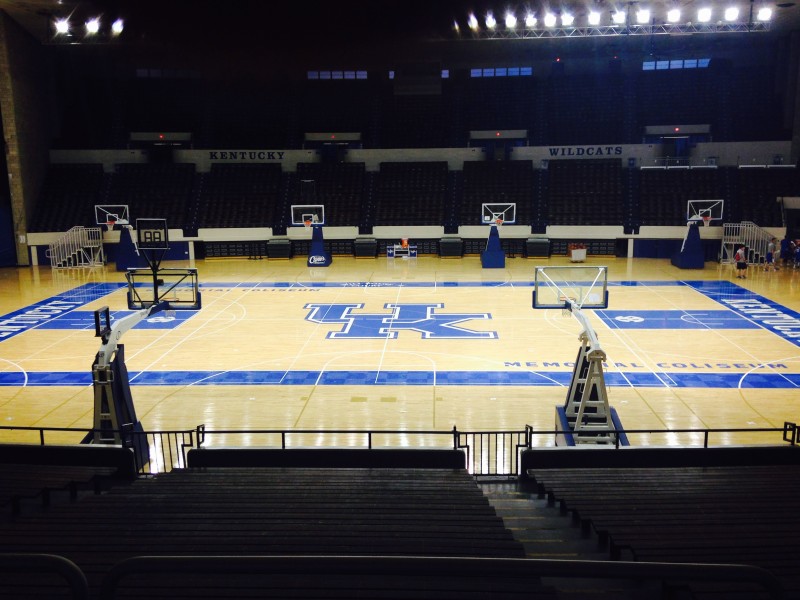 The final day of Josh Pastner Basketball Camp flew by. The morning consisted of various competitions and an extremely competitive 3 on 3 Tournament. My favorite game played was definitely camp knockout. I couldn’t have had a more inconsistent showing over the week. I won the contest Tuesday, was eliminated quickly on Wednesday, and finished somewhere in the middle today. Sometimes, you get a bad bounce off the rim and the person behind you makes shots. I will admit that rather than going behind someone I want to get out of the game, I strategically place myself in front of someone with a less likely chance of making the shot. However, as Coach Driscoll says, lucky shots go in and unfortunately that happened twice. And yes, the competitor in me takes these games seriously, especially with the high school age group.

The 5 on 5 tournament was played this afternoon and after the strong showing yesterday, the Hawks entered as the 2 seed. I was incredibly disappointed as we got outplayed and outhustled in the semifinal matchup. We ended up only losing by four, but we didn’t deserve to win that game. It sounds cliché but the other team just wanted it more. Those crucial possessions in the final minutes were won both offensively and defensively by the opposition. I didn’t mind that we lost and weren’t playing for a championship, but I was extremely disappointed in the one thing every player can control: effort. When I played at the varsity level in high school, my matchup was usually bigger, stronger, faster, and the list goes on. But he would NEVER want “it” more than I did. It’s actually crazy to think back on it how I made up my lack of talent with effort and a high basketball IQ. Those two things might have allowed me to continue playing the game I love at the division 3 level, but I chose to pursue my dream of coaching at the earliest possible time.

The toughest part about losing the semi-final game and seeing the kids distraught was getting them ready to turn around and play in the consolation bracket. I simply told them that the outcome of the game would come down to whether they wanted to sit back and sulk on the last game or wanted to go out on a positive note. I have to say, they made me proud. From the very first defensive possession, they were locked in and hungry to get stops. We ended up blowing out the opponent and taking 3rd place. I was so proud of the kids as they easily could have quit but they didn’t.

Camp ended at 4pm with pictures and an autograph session with the Memphis players. The campers have the guys sign their camp shirts in addition to some brining Tiger memorabilia. Coach Pastner and the players were very impressive with the campers and parents as they genuinely engaged with them. It’s always neat when you can get that opportunity as a fan to meet the people you watch on TV and support from the stands. I stuck around for Memphis workouts before getting on the road. I had my pen and paper out taking notes for the first session before the coaches asked for some assistance passing and rebounding during the second session. It was a weird feeling being on the floor with another program during workouts but a neat opportunity to be up close and personal and see how they do things differently. I can’t wait to get back inside UNF Arena with my team though!!!

I want to give a huge shout out to Robert Harper and his wife Amy for allowing me to spend the night at their place in Nashville. Robert is the former “Voice of the Ospreys” and was also my “bus buddy” on road trips two seasons ago. Thanks again! Instead of making the trek from Memphis to Lexington after a full day of camp, I split the drive into two, 3 hour segments. I will finish the drive in the morning prior to my 12pm meeting for Kentucky basketball camp.