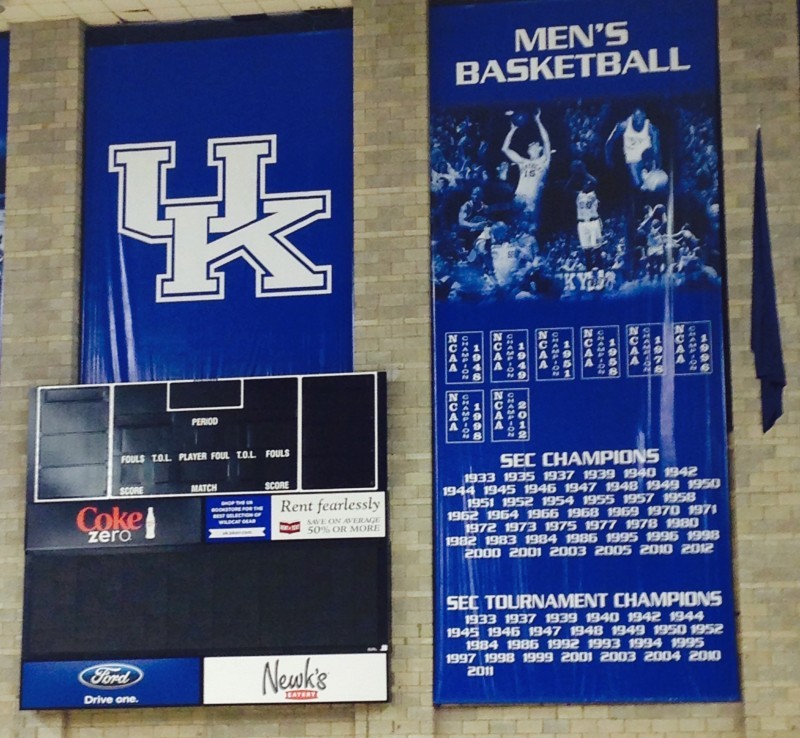 I had the morning all planned out and I would depart Nashville between 7:30 and 8:00 am. That would put me in Lexington 3 hours and 15 minutes later, or 11:15 at the latest, for a 12:00 coaches meeting. I take pride in both being punctual and planning ahead. Once I got on the road and had an ETA of 12:10, I said a few words that won’t be repeated. My planning ahead didn’t include the hour lost from changing time zones. I was so embarrassed and thought about how I could handle the situation. I texted the camp director and just told him the truth. All was fine but I was so disappointed in myself for not being fully prepared.

At the conclusion of the meeting, I was told that I needed to present two forms of identification to the employment office. A driver’s license is one and the other needs to be a birth certificate, social security card, or a passport. That led to me taking a nice trip across town to the social security office and waiting 2 hours to be seen. Fortunately, I was excused of my pre-camp duties during registration. Upon coming back, I had to find a building on an unfamiliar campus but it all got taken care of right before camp started.

With all due respect to the other camps I have ever worked, this Father/Son Camp at the University of Kentucky is my favorite camp. Up until about a month ago, I didn’t know these camps existed. When I was creating my database of possible camps to work, I came across this one and did a little research on what it entailed. Fathers show up with their son(s) and do drills, games, and contests with one another. To my dad: if I knew these existed back when I was younger, I would have dragged you out to one. Seeing the bonding between the sons and fathers while competing on the basketball court is such a neat sight to witness.

We still did stations and finally, I had something other than passing; they assigned me to ball handling. I put the duos through two ball stationary dribbling. The first time, the sons would dribble both basketballs simultaneously while the fathers would hold up numbers. The sons would have to call out the numbers shown, practicing keeping their eyes up. The idea of this is a great one, but what makes it even better is that all camp participants are constantly engaged. The fun part was when the balls switched hands to the fathers and they performed the same drill. Upon getting a few laughs, I blew the whistle and switched to two ball alternating dribble. The father/sons enjoyed my station, but the real fun began when I told them we would be taking the station a step further and having relay races of what we just practiced doing stationary. You can just imagine…

I give those fathers a lot of credit that showed up with their sons to this camp. They had a great sense of humor and many of them are way past their prime athletically. The fathers come for the experience of being in UK facilities while also bonding with their son on the basketball court. The best father moments came during a shooting contest when their competitive nature was on full display, often taking the contests more seriously than the kids. Of course, you had the duos that were there for autographs and that was pretty funny watching grown men run around asking UK players and coaches to sign a basketball. They do love their Cats around here, no doubt about that!