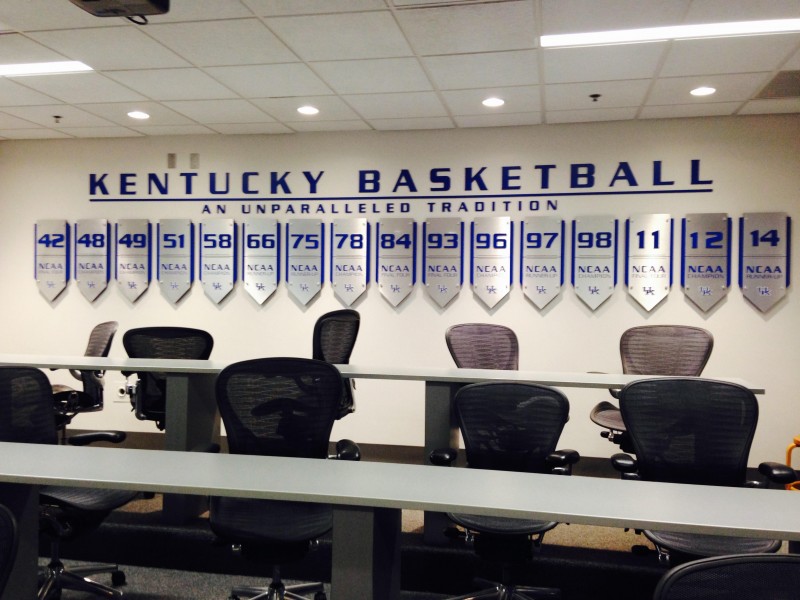 The “Blue” group traveled to the women’s practice facility for the morning session. After stretching and getting the players loose, we went straight into stations. I decided to switch things up at the defensive drill and make it a little more fun for the kids. The first five minutes were dedicated to perfecting a defensive stance and holding the position. Although this sounds easy, you must keep in mind that we are teaching 8-10 year olds something they probably haven’t been taught before. In other words, you have to repeat yourself 3,843 times, and that probably still isn’t enough! The rest of the station was spent playing “Coach Says”. The game is “Simon Says” but incorporating basketball movements, specifically defensive ones. The kids loved this but what they didn’t even realize is that they were getting better at two things: defense and more importantly, listening. We had a ton of fun and if there is time tomorrow, I’ll get a big game with our whole age group!

Today’s first contest was knockout. The way it was broken up had two teams at each goal. The final three from each of the four goals would play it out to determine a winner. After one of my players took home the title, the 12 finalists played again, but this time with the coaches. Let’s just keep it short and sweet, I completed the knockout sweep for the squad. Some more fun came when we played dribble tag. First the campers played a few rounds and then the coached jumped in. Thankfully, we had unlimited lives because I wasn’t as successful in that game.

The afternoon session was spent in Memorial Colosseum, home of the Kentucky women’s basketball team. Let’s just say the building is very old; there is no air conditioning. We started off by playing hot shot. As explained in a previous post, the kids have 60 seconds to shoot from different spots on the court. Each spot contains a different point value. We then transitioned into our first 5 on 5 game of the day. My team played really well and notched another tally in the win column. Shortly after, we took the kids on a tour of the locker and film rooms. We didn’t want to spend too much time in this gym with it simply being so hot in there. Before we knew it, dinner had arrived.

The evening session consisted of two games for my team. 3 minutes into the first game, we were tied 10-10 with a winless team. 3 MINUTES IN!!!! I’m not even sure that I can score the ball five times in three minutes. I removed my first five and put in other four campers. I only had four subs and I didn’t care. My favorite part about what I did was that one kid asked to stay in because we only had four on the court. No, you can’t. All five of them were removed so that I could teach them why things went the way they did. As frustrated as I was, I know how important it is to put the kids back in the game and give them another chance. The parents, other team, and referees were so confused, but I hope my players learned something from that experience. We went on an outrageous run and won by 20. The score wasn’t the positive result I wanted but rather my players picking up their man at half court and sitting in a defensive stance for the entire possession. I was very pleased.

The final game wasn’t nearly as dramatic. Thankfully, the kids woke up and defended from start to finish. It was a nice change as I was able to spend more time encouraging them to pass and cut rather than constantly subbing and teaching. My Kansas State squad finished the regular season 6-0 and earned the #1 seed in the tournament. I only write that because I know how great my team is feeling and the excitement they have for the final day tomorrow. However, the message in the morning will be pretty simple: if we don’t defend, we’ll be eliminated pretty quickly in the single-elimination tournament.