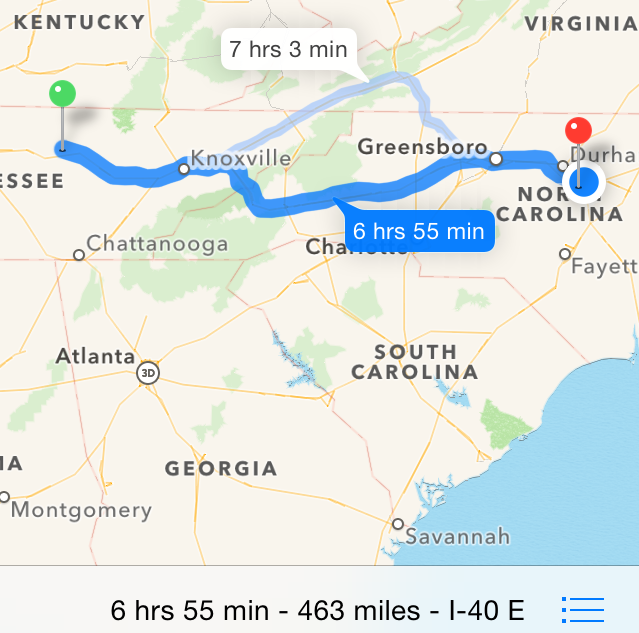 I want to start off today’s blog by again thanking the staff at Tennessee Tech for a great few days. Even though they beat us twice, it was nice to return to Cookeville and catch up with some friends. Their coaches and managers are really impressive in how they conduct themselves and represent their program. I was also very impressed with how their players performed during team camp. As far as I saw, they were punctual and did everything that was asked of them. I started talking to a few of the guys and when I said North Florida, they remembered our home and home series. A couple of their players knew our guys personally whether it was playing AAU ball against one another or growing up in the same community. It was neat conversing with them but the interesting part is how it veered away from basketball and turned to the high character people we have at UNF. I’m so lucky to be surrounded by these players/coaches daily, but for people outside our program to notice that is special.

Today’s drive from Cookeville, Tennessee to Raleigh, North Carolina was supposed to be seven hours. Fortunately, there were no accidents but construction and heavy rain added an additional 30 minutes. All in all, that wasn’t too bad and I was fortunate to have a full day to commit to driving. This was one of two days throughout the tour that I had off from camp. I had stopped after a few hours to pick up Cookout, the second time in three days. The fast food joint needs to add some locations in Florida! The other stop came with just an hour and a half remaining in the drive. I noticed that I needed gas soon and rather waiting until I was in desperation mode, I would get off as soon as the rain stopped. If I had to guess, it was raining for 80% of the drive, making the drive that much more difficult. Finally, I pulled into a gas station and the weather changed from sunny to rainy instantly, again. I was only going to put in half a tank because lightning struck to what I felt was pretty close. The next thing I knew, the machine stopped pumping gas; the power had gone out. I jumped in the car and took off immediately as I believed lightning struck the area. Fortunately, all was fine and I had plenty of gas for the remainder of the drive to Raleigh.

I’m staying at a hotel for the night as the dorms were not yet available at NC State. Although the overnight camp begins tomorrow, they also have a team camp which concludes at some point tomorrow. The high school players are staying in the dorms which is why there is no space. For dinner, I grabbed a bite across the street at Jersey Mike’s. The options were plentiful as there is a huge shopping center but I was in the mood for a sub. I’m now looking forward to a good sleep as the staff meeting is at 8am tomorrow!

For the student managers reading this blog, I want to heavily encourage you to do some research into the Rising Coaches Conference being held in Las Vegas July 21st-23rd. I am excited to be making my first trip to the conference and have heard such great things about it. The staff does a great job bringing in high quality speakers year in and year out. I can’t wait as this trip is only one month away!