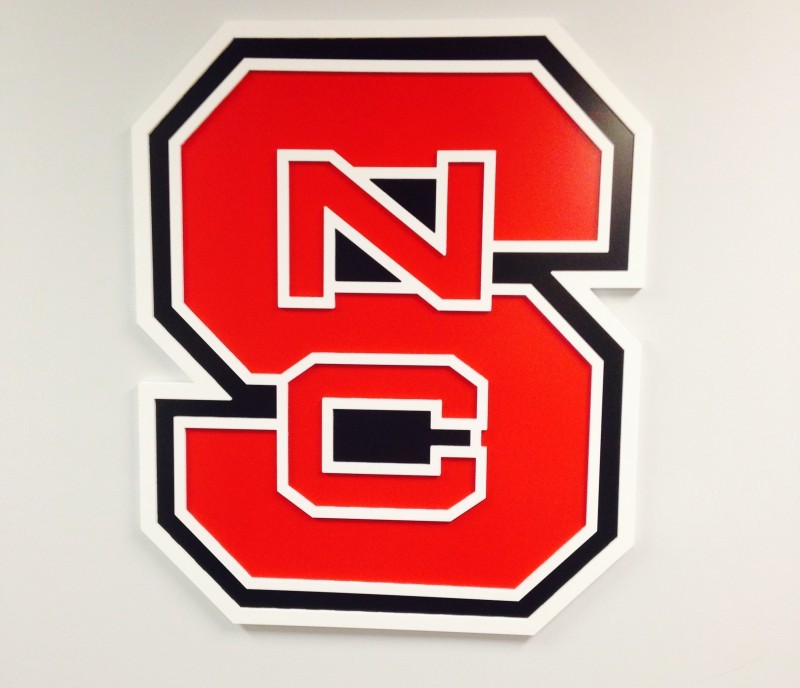 Things got off to a loud start this morning. At most camps, the staff recommends that you knock on doors and make sure the campers are awake and moving at the appropriate time. Here, they literally told us that we could turn this place into a circus, as there were no residents of the building around. Although I was half-asleep myself, I walked into the halls and started blowing the whistle VERY loudly. The Fox-40’s don’t disappoint. After breakfast, we walked over to the gym and had stations. I was assigned to the rebounding drill with another coach. We decided to work on fundamental rebounding where we encouraged campers to get the ball at the highest point, jumping off two feet and grabbing the ball with two hands. It’s amazing how these fundamental things that are taught at camps to the youth are the same things that are taught to division 1 basketball players. After grabbing the rebound, we had the campers work on their outlet passes. It is important that as a great rebounder, you can pass the ball ahead to a teammate quickly.

After lunch, the campers headed to the gym for the first regular season games of the week. Right before we were to play, each coach had 30 minutes with their team. Each squad had 15 minutes of on court time while the other 15 minutes could be used for anything the coach wanted. I spent my first 15 minutes with a pen and paper where we drew up 2 offensive sets and 2 out of bounds plays. When our court time became available, we practiced those sets in hopes they would work in the game. It was now go time! Unfortunately, just as we had last night in the exhibition, we went down 10 early. I don’t know if it is my fault with a bad lineup or if the players just don’t come ready to play from the tip. Either way, it is extremely frustrating to see players get beat off the dribble and play no help-side defense. Layup, layup, layup. We couldn’t buy a stop. We went on a nice run ourselves, 13-0 in the second half to cut the deficit to 1. Unfortunately, the last rotation didn’t get the job done as we suffered a 6 point defeat.

Right after dinner, campers returned to the gym for the evening games. Each team would have one additional 5 on 5 game. My team played another winless team and battled extremely hard. I was proud of their effort for the most part, but there was definitely one frustrating part. An under out of bounds play “Box” was called by me from the sideline. The play was not executed properly and after just getting the ball in, I called a timeout. I took out a piece of paper and drew up once again each player’s responsibility. When the players executed after the timeout and converted the play for a wide open layup, I jumped twice as high as my previously recorded vertical leap. I tried to explain to them that I really didn’t do anything magical, but that the most impressive part was that they were being coachable. They finally listened. (It was a simple screen the screener play that I saw a team run at Tennessee Tech Team Camp) We notched our first tally in the win column as we defeated the opponent by five points.

After the commuters got picked up at 8:30pm, the overnight kids had the option of shooting around or watching the NC State players run pickup games. The vast majority decided to watch the Wolfpack battle. Cat Barber and BeeJay Anya were definitely the crowd favorites. 45 minutes later, the campers were dismissed back to the dorms. Almost all of them attacked the camp store immediately, where pizza and snacks are sold. When I walked into the camp store, there were about 40 campers and 1 poor woman, who was collecting payment. I jumped in and handled all the pizza requests as she looked like she needed some serious help. Another fun but long and exhausting day in the books!