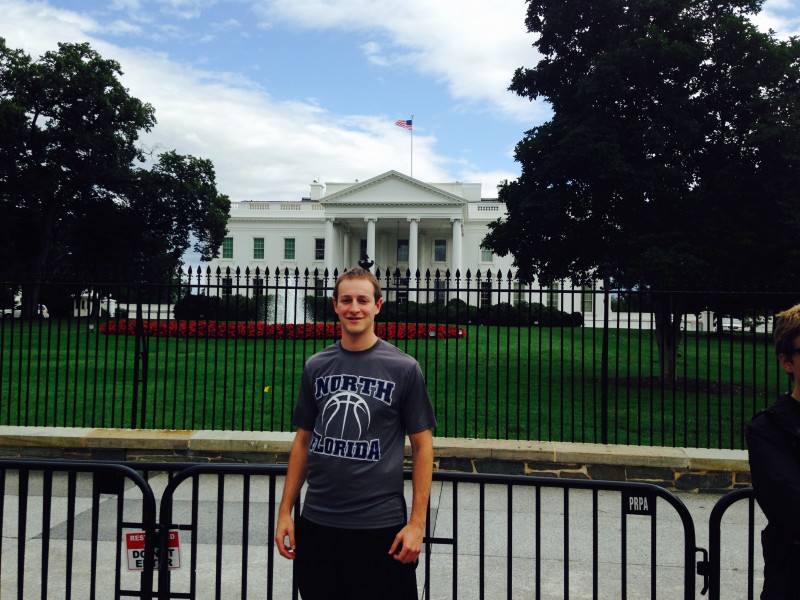 The campers were awoken at the earliest time of the week, today at 7:15. With the weather not being great, we dismissed the campers by hallway to the cafeteria for breakfast. The goal was to get started at 8:30 because some quarterfinal games still needed to be played. The challenge was that the awards ceremony was supposed to take place at 11:30 and the brackets obviously needed to be finished prior to that. The games very extremely competitive and eventually a champion was crowned.

While the four finalists were playing games downstairs, the remaining campers from the six other teams were upstairs in the auxiliary gym. Rather than having these kids who were eliminated last night from the tournament sit around and watch others play all day, they participated in a 3 on 3 tournament. The concept of this was to also give these 60 campers another chance to win a title. The games were quick and teams were moving from basket to basket during the allotted time. Eventually, we had another group of champions,

With camp ending at noon, I was able to stop in Washington D.C. for a couple hours to see my sister on the drive to Richmond, Virginia. We were able to grab a bite to eat and walk to 1600 Pennsylvania Ave. I don’t think President Obama was home but it was pretty neat to see The White House up close and personal. The amazing part is that it isn’t nearly as big as you would think. Although it was short, being able to take a quick break and spend time with my sister was awesome!

After arriving in Richmond, I stopped by the Siegel Center, home of the VCU Rams. Coach Wade had invited me upstairs to say hello and introduce me to some of his staff. This was really kind of him as most staffs don’t operate this way. For the readers that don’t know Coach Wade, he is a good coach but an even better person. Today, he texted wishing me safe travels from Maryland. Like who does that? He has 1,000 things on his mind and he made my day by remembering I was coming up to work his camp and sending that message. He also invited me out to dinner. Part of me was in awe as you have a star in the profession treating a manager like I too am a star. That’s the kind of person Coach Wade is and I’m so fortunate to have had an opportunity to build a relationship with him over the past year.