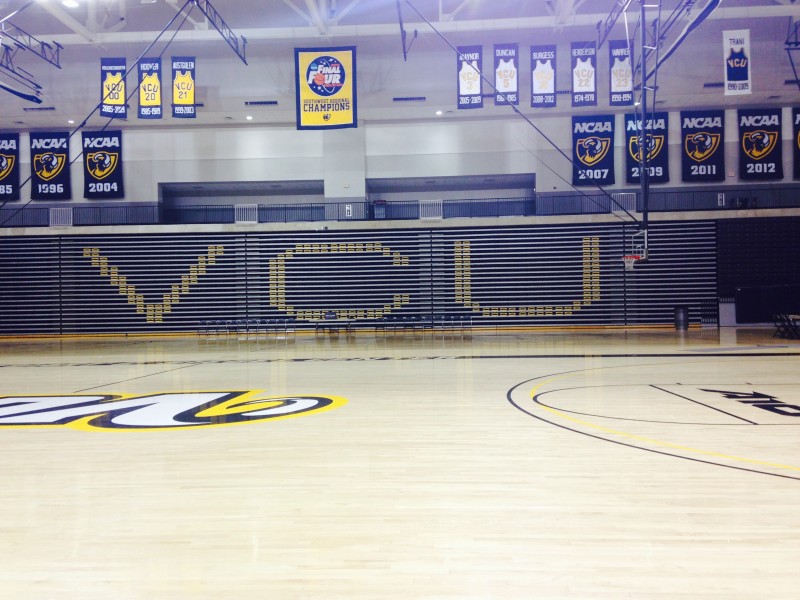 Camp began at 9am but the staff was asked to arrive 30 minutes early as campers would begin to show up. Before the day starts, it is best to have a coach at each basket to keep things organized rather than have 230 campers shooting balls all over the gym. At my basket, I set up a game of knockout, so that 20 kids are now shooting 2 basketballs and the area is under control. Coach Wade opened up camp right at 9am and the campers went through their daily stretches immediately after.

After roll call was taken, the groups were dispersed to stations. Once again, another coach and I would be teaching different basketball cuts, our station for the week. We expanded on the topic of “L cuts” as we pretended the defender was jumping the passing lane. In this situation, the offensive player would then go backdoor and receive a bounce pass to finish the play. To signify the defense, we placed a chair at the free throw line extended or “45” and the camper had to touch the chair before going back door for the layup.

The final activity before lunch would be the “game of the day”. Today, it was knockout and the kids absolutely loved it. The way it worked is 2 teams were at each basket and they played for a set amount of time, Whoever won the most games would advance to the finals and play against the coaches. Following lunch, Coach Rasheen Davis spoke to the campers and instructed on the importance of ball handling.

Before we knew it, the afternoon rotations had already began.The day absolutely flew by and this would continue with the 15 minute segments of games, contests, and competitions. My team won all four games, advancing to 6-0 on the week. Of course they are thrilled with the record, but I am happy to be on the sideline and see these kids setting down screens and cross-screens, while some campers are only in the 5th grade.

After camp, some of the staff stuck around to play pick-up on the main floor. This was a fun time as it presents an opportunity to both have fun and get to know some of the other guys out there. My favorite play came when I threw a rim-runner pass to Travis Wallace, who flushed it with authority. The former North Florida Osprey and 1,000 point scorer recently became a graduate assistant for the VCU program. SWOOP!!!