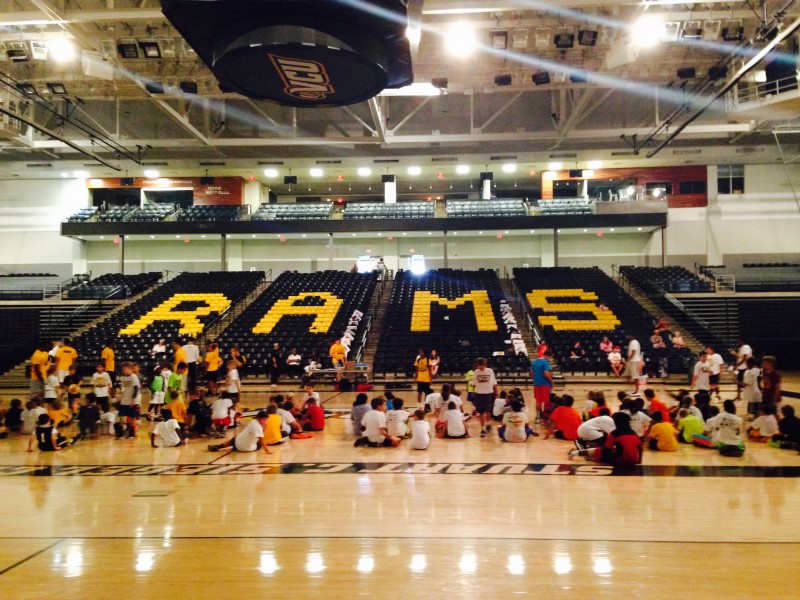 The alarms were set early and often as the morning was off to a premature start. I headed to Richmond’s City Hall to dispute the parking ticket received on Monday. I planned on being there 15 minutes before the 8am opening so that I would be seen first, as I had to make it back to VCU’s campus by 8:30 for camp. Fortunately, I found where I needed to go within City Hall quickly, but I wasn’t thrilled for what I heard next. A court date would have to be set up to dispute the parking ticket and my options were limited with me leaving tomorrow. The only thing I could do is have a written submission given to the judge explaining why I am innocent of this parking violation. If I won the case, the fine would be dropped but if I lost, I would have to pay the $60 fine plus $57 in court fees. There is absolutely no chance I’m risking a double or nothing situation on something that I can’t even be present at to defend myself. I ate the ticket as an expensive lesson and headed to camp.

Upon arrival, I was given an injury update on one of my players. He unfortunately sprained his ankle and would not be available for the rest of the week. However, I commend his dedication as he still showed up for camp and worked to improve his ball handling while others went through stations. During games, he served as the assistant coach and helped verbalize our offensive sets. Whether his parents wanted him out of the house for the day or he took it upon himself to come get better, I don’t know, but I do know he turned an unfortunate situation into a positive one.

Our station changed by the group today as we had some teams that did “V” cuts yesterday and others that had not. For the groups that had not yet been instructed on this type of cut, we worked on getting open and sweeping through to the basket. The teams that covered this topic yesterday got to have a little bit of fun. The station was transformed into a conditioning drill that incorporated defensive slides and closeouts. Surprisingly, the kids really enjoyed this as it had them constantly moving and communicating defensively.

The most fun the campers have definitely comes in the afternoons with the 5 on 5 games. Our team entered the day at 8-2, and in a 3-way tie for 1st out of 12 teams. The schedule had us playing both other top teams, which would serve as a huge challenge after seeing our best player go down. The team rose to the challenge and split the two games, nearly winning both. A 3-1 day has the Hawks at the top of the standings and competing for a #1 seed for Championship Friday.

After camp, I was able to come back and take a much needed nap. You can imagine how exhausting this journey has been, but one that I will look back at and remember for the rest of my life. The final day of The Camp Tour is tomorrow and I couldn’t pick a better place to close it out. The staff here has put on a great camp and has been extremely welcoming from the start. Time to get some sleep as I will be putting everything left in the tank out there for the kids tomorrow!