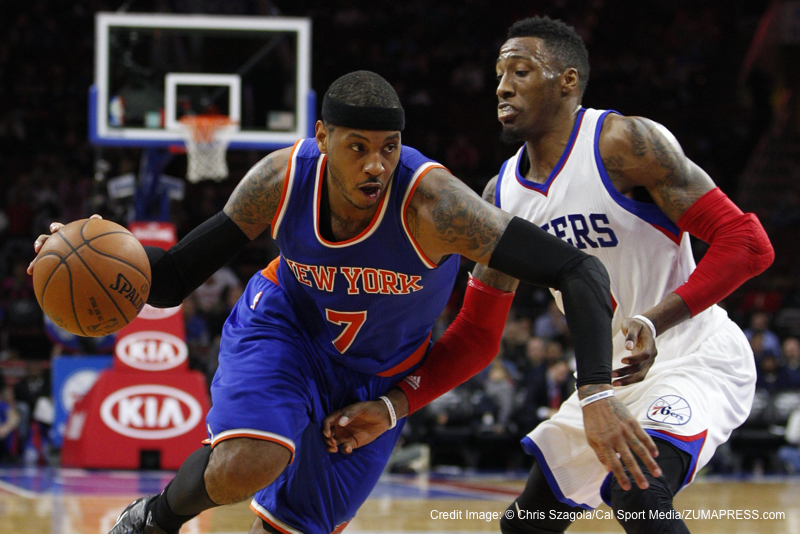 The first post in my series on junk offense focuses on the four main reasons to use junk defense and how you can start to develop your own offensive philosophy versus junk. As a young coach, I was obsessed and determined to learn as much as I could both offensively and defensively in order to build my own coaching philosophy. I would go to clinics, buy DVD’s, watch college practices, and contact coaches I respected and admired. It was during this time I had to learn a lesson the hard way. I got so caught up my offensive schemes and system that I wasn’t fully prepared for when a team took us completely out of what we wanted to do by playing an unconventional (junk) defense. We were prepared for pressure defenses, extended zones, match-up zones and switching man. Sure, we had a plan for when we saw junk defense but we were not as prepared as we should have been for teams that run it well. I failed my team as the head coach and I vowed it would never happen again. I used the following summer to learn as much as I could about junk offense. I contacted coaches from every level trying to learn as much as I could to help me develop my offensive philosophy versus junk. I plan to share my entire learning process in my fast model blog series on junk offense. Here is the outline of my series:

Coaches often use junk defenses for a myriad of reasons, but I am going to focus on what I believe are the four most common reasons today: defending a star player, changing tempo/rhythm of a game, gaining a competitive advantage, and lastly out of necessity.

If you are a coach lucky enough to have an extremely talented player, more than likely you will run into a junk defense designed to take away your star player. If your star player is a guard, often times a face guard denial position is assumed all over the court to minimize the star player’s touches. Usually a box and 1 or 1-3 chaser defense is employed where one player guards the star man to man and the other four use zone principles. If your star player in a post player then usually the man to man defender will front the post player and always have four zone players ready for help over the top covering lob passes.

I see more and more coaches using junk defenses as their change of rhythm/tempo defense. Whether it is out of a time out or after a FT, coaches can use junk for a possession or two periodically throughout the game to keep the opposing offense off-balance. If the team handles it or is efficient attacking the junk defense, then you go back to your primary defense. On the other hand, if a team does not attack it well than you can stay in it as long as you are defending well.

One of the most successful coaches in my state uses a junk defense as their primary defense. They have won numerous state championships using both diamond and 1 and triangle and 2 defenses. They are extremely difficult to prepare for, especially in a short (24 hour or 48 hour) because you have to prepare for how to attack their junk defenses. What separates them is that this defense is the identity of their program and the kids and coaches believe in the system. They spend less time defending normal offensive sets and prepare for how you may attack their junk defense. It definitely gives them a competitive advantage.

The last reason coaches often resort to junk defense is out of necessity. If you are looking for a way to keep your team competitive against more talented and better teams, then junk defense could be a great equalizer. It requires the opposition to play unorthodox which may give you a way to stay in the game. I have also seen it used as a last resort during a game when your normal defensive schemes are not working. Bob Knight even went to a box and 1 defense at halftime of a game I watched growing up. If it is good enough for the general then it is good enough for my program.

In conclusion, I have listed the four main reasons you may see junk defense next season. As you continue to prepare for the upcoming season don’t fall in love with your offensive system, because sooner or later some team and or coach will use junk defenses to take you out of it. Make sure you are ready.

Rory Hamilton
Tags Box and 1, Box and one, junk, Triangle and two