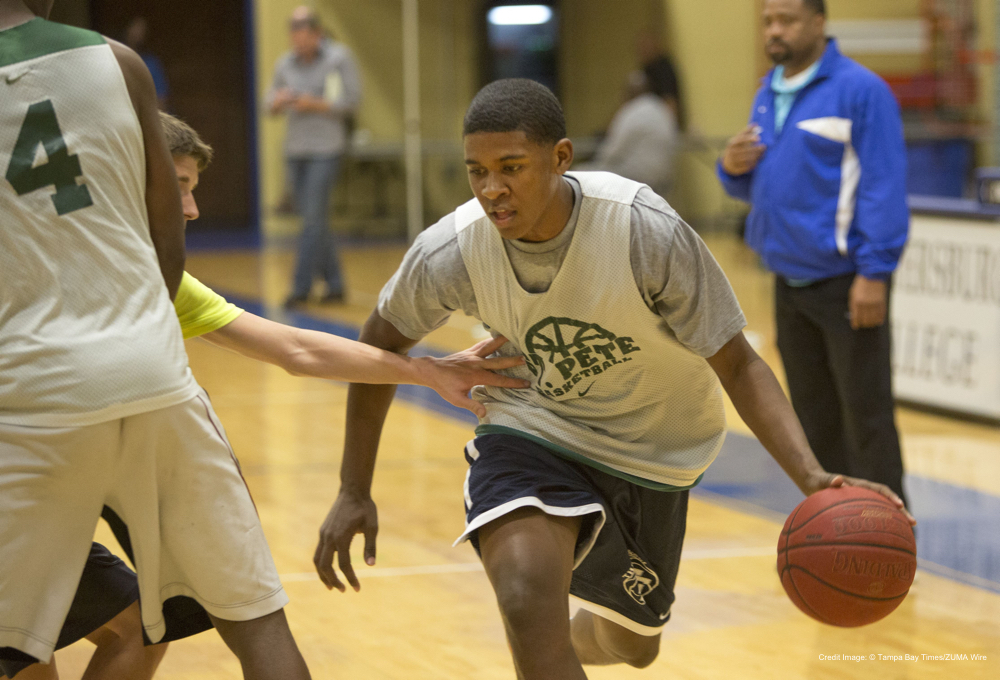 Our defensive philosophy is developed around our style of play. We are a running, pressing, up-tempo team. We want our defense to be an AGGRESSIVE, DISRUPTIVE, and DISCIPLINED style of defense. Our goal is to force our opponent to “make a play” versus being allowed to “run a play.” We are a defense that creates deflections, turnovers and transition opportunities through constant pressure. We make our opponent “React.”

This will be accomplished through full court pressure and aggressive half-court defense. Our goal is to create a high number of possessions each game by taking teams out of their comfort zone. Our mentality is to force tempo and fatigue.

We develop the mentality EVERYDAY at practice to improve our conditioning, intelligence and toughness. We make it an emphasis to pressure opponents and be willing to give up nothing easy early or late, especially second shots.

Below you will find a couple of the drills that we use each day to help teach this principles to our players. They can be tweaked to fit your personal defensive philosophy or used as they are a diagrammed. This is probably one of the most beneficial drills we do. Being disciplined in a 2 v 1 situation and forcing a contested shot or that extra pass until help gets there is rarely practiced in most high schools. But this drill teaches that and we do it at the beginning of practice everyday by every player.

Here are just a couple drills that we use in our defensive practice plan. Stay tune for part two of this blog for the Weak-side Awareness Drill and Trap Transition drill that we use.