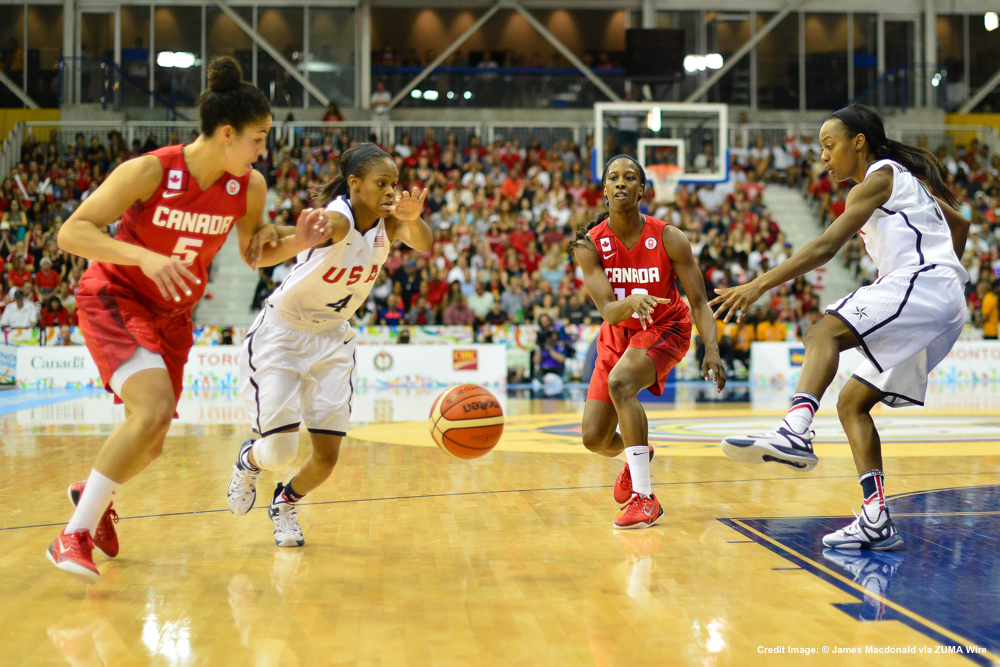 In Vol. 7 of this series on pressure man defense we address how to defend back cuts within the pressure man-to-man system.

While pressure man-to-man can be effective for disrupting the timing and spacing of offenses, it (like any other defense) has inherent vulnerabilities. A coach must consider the trade offs of their defensive system before settling implementation.

The vulnerabilities are obvious. With the defense spread out and up in the passing lanes, dribble penetration alleys are present and helping and recovering is difficult. Coaches must be willing to live with the trade offs and adhere to the “make them dribble to their shot” mantra.

Another vulnerability of pressure man-to-man is susceptibility to the back cut. Coaches see the defense spread out and challenging passing lanes and have nightmares of players cutting behind denying wing defenders and scoring layup after layup.

Below we will detail how to defend against common backdoor actions. But first, it is important to note that unless you are playing Princeton every night, fears of backdoor layup after backdoor layup are overblown.

The backdoor pass has a high degree of difficulty. The timing must be precise and the pass accurate. The window of completion is razor-thin. The cutter must take a precise angle in order to score. Many moving parts must come together for a team to complete backdoor actions for a score.

Here are a few tips:

Tenacious ball pressure, aggressive wing deny and alert help defenders can add to the degree of difficulty. The pressure man team takes a “make them go backdoor” mindset. Let’s take a look at common back cut set ups and how to disrupt them.

(Click on the graphic below to add these disruptions to your FastDraw Library.)

In Frame 1 above, we see a player centered with the ball and a wing being denied the pass. 2 is able to back cut behind the overplay. X5 is “hugged up” to his/her man and is in no position to help.

In Frame 2, the defense is in better position to neutralize the back cut. X2 head snaps, X1 applies enough ball pressure to force the dribble down the rooftop to the sideline checkpoint. X5 anticipates the cut and is position to steal or take a charge. At worst they make the completion window more narrow.

In Frame 3, the offense executes a pinch post flash with a back cut behind it. This is tough action to defend if the defense is not following its’ principles. 4 flashes to ball at the high/pinch post and receives the pass from 1. 2 cuts right off the pinch post for a backdoor layup.

There are now three offensive players involved in this action increasing the number of moving parts and timing elements that must go just right for the offense.

In Frame 4 we see the disruption. The most vital is X4 “redirecting” 4’s flash and not letting him/her cross their face to catch the ball in the pinch post. X4 steps up and denies the cut. X1 should apply ball pressure and force 1 into a dribble to the right sideline checkpoint opposite the flashing player. X2 head snaps to deny the cut, but if X1 and X4 do their jobs the necessary pass to the pinch post never occurs.

In Frame 5 we see a high post flash with a back cut from the wing behind the catch. 1 enters to 5 and 3 back cuts the overplay for an easy layup. Again, now three moving parts are involved in the the set up of the backdoor action.

Frame 6 depicts the disruption. First, if X5 is in the proper stance above 5 with his butt to the basketball he is in position to redirect the 5’s cut up the lane line and deny the vital pass into the high post. As always, X1 is applying ball pressure and forcing the dribble down the rooftop to the sideline checkpoint. X3 is in wing deny posture ready to head snap if the back cut materializes. X4 is two passes away and is the help defender. They anticipate the back cut and move into position to steal, narrow the passing window or take a charge. But the action can be rendered void if X5 denies the initial cut to the high post.

Stopping the back cut takes a team defensive effort. Conversely, completing the back cut for a score takes team offensive execution. The skills of applying ball pressure, preventing cutters from crossing your face and head snapping while staying in deny position make the back cut even harder to execute.

Yes, there are vulnerabilities as there is with any defense. But pressure man-to-man can force the offense into quicker and more risky decisions with the proper disruptions.