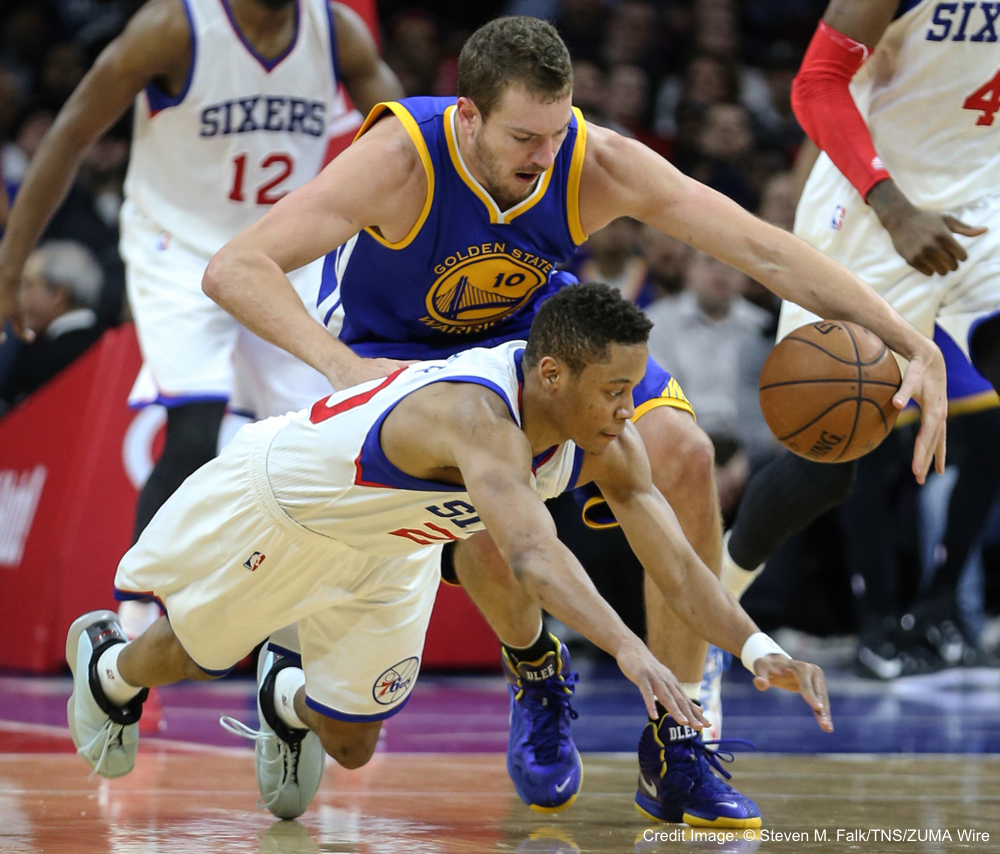 The big buzzword these days, from athletics to the workplace, is “culture.” Every team has a culture, good or bad. While a good culture doesn’t always guarantee a championship, a bad culture nearly guarantees that you won’t win one. As coaches, we can only control so much of it. We can influence it, preach about it, and model it, but we cannot 100% control it. Control of the culture ultimately falls on your players, the buy-in of it, and what happens when you are not around.

So let’s talk about championship teams, their players, and one common trait in their culture. This spring and summer alone provided us an incredible learning opportunity by watching the Golden State Warriors and the United States Women’s National Team. While there are many characteristics or qualities that contributed to their respective championships, one characteristic really stood out to me: selflessness. Selflessness requires sacrifice.

Let’s look first at the Warriors. Recently traded David Lee was a key ingredient to the Warriors and their success. Wait, what? Key ingredient? Towels carried by water boys saw the floor more than Lee this year. In his four seasons with the Warriors prior to this season, David Lee started all but two games, was an NBA All-Star, and averaged a double-double. This season, largely due to an early injury and Draymond Green stepping up, Lee became an afterthought and played the least amount of games and minutes of his career.

Lee was asked about his reduced minutes and new role countless times during the season, but especially during the playoffs. Here are a few quotes from him:

Andre Iguodala is another key ingredient to the Warriors success. He had started every single game of his entire career…until this season with the Warriors. How many did he start this season? ZERO. He referred to his role as, “Always needed, seldom noticed,” but it is true. He is at his best when he is doing the little things. His acceptance of his role, playing to his role, and trusting his head coach earned him the NBA Finals MVP.

Now, think about your team and your best players. The Warriors had not one but TWO players that went from starters, NBA All-Star, etc., to either coming off the bench or hardly playing. They modeled what it means to be selfless, to serve the team. They put the team’s best interests ahead of their own interests. How many of your players, rather than accepting a new role and trusting that the new role is what’s best for the team, would pout, create problems within your culture, or oh I don’t know, maybe TRANSFER? Selflessness requires sacrifice. Now we will look at USWNT. One player that really stood out and embodied selflessness on an already selfless team was Abby Wambach. Wambach, a soccer legend and veteran who had been a consistent threat for the United States in the World Cup (2012 FIFA World Player of the Year) and Olympics (two-time gold medalist) for over a decade, had been asked to take on a minimal role towards the end of the World Cup. She, too, was asked on several occasions about her role. While the competitor in her hated that she wasn’t on the field as much as she had liked, she just wanted to win and didn’t care how that happened or what that meant her role would be to make that happen.

These are just two recent teams to draw examples from. You can look to the San Antonio Spurs and Tim Duncan as another example. Duncan, the team’s best player, embodies selflessness. Go back to John Smoltz with the Atlanta Braves, Steve Yzerman with the Detroit Red Wings, Derek Jeter with the New York Yankees, the list goes on. It always helps when your best player(s) embrace and model what you want the team to stand for. Look to any championship team, or any highly successful team, and you will always find selflessness as part of the culture. For most, it is human nature to enjoy the spotlight, be the star or one of the stars, and have an ego. Your team is made up of competitors that all want to play. To convince them that they each have a role, to embrace their role, and to make sacrifices for the team is difficult, especially if you are dealing with teens or young adults that have been told their whole life about how great they are, how much they should be playing, how they need to score more, etc. There is a growing concern of “entitlement” in younger athletes, which causes selfish behavior and thinking. The cold hard truth is that not everyone is going to play every minute of every game. Each role is important to the success of the team (your role is different from your value) and oftentimes that means reduced minutes, fewer touches, less points, and minimal spotlight. The more your team (and parents) accepts and understands these roles, the better the chances of a great culture and future success.

Selflessness requires sacrifice. Great teams and players understand that roles are constantly changing for the betterment of the team. Are you willing to buy-in and sacrifice for the team?