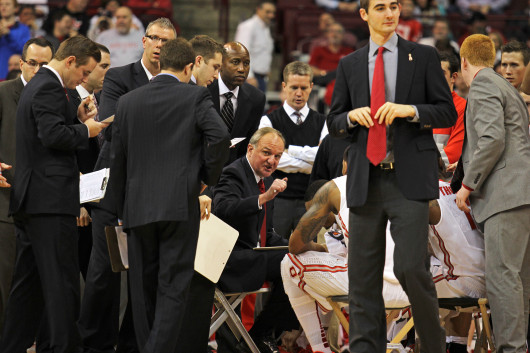 A Sport-Specific Philosophy is just what the name states – a philosophy that is geared specifically for the individual ideas and components of each specific sport out there. This would include things like style of play, speed of the game, offensive and defensive strategies, other elements that are unique to that sport, and specifics of how to practice that sport (which we will cover in the next post).

All coaches who stay in coaching for any length of time will start to develop different ideas of what they believe are the best ways to play the sport they coach. These ideas may change over time, or even from season to season based on the personnel that the team has. While the general athletic/coaching philosophy that coaches adopt will, for the most part, stay fairly similar through the years, the sport-specific philosophy has much more flexibility. Of course, there are elements of a sport-specific philosophy that will stay with coaches for most of their career. While they will check out and try different trends or schemes in any given season, for the most part they will stay with what works for them and what they are comfortable with for a long time.

That’s not to say that coaches can’t change their minds with regards to sport-specific philosophies. It just means that over time coaches develop a comfort level and understanding of certain styles of play and methods to achieve their goals. However, the best coaches are also not so set in their ways that they will not alter or change what they do based on the personnel or skill set that their team may have in any given year. Being adaptable is a key quality of great coaches, and their sport-specific philosophy is one area where they may have to be flexible and adaptable throughout their careers.

For example, as a basketball coach I had a few different philosophies when it came to the specifics of the sport. The first one was that we would teach all defenses from a cornerstone of man-to-man principles. I wanted all of the players in our program developing as man-to-man players first. While I taught defense from a basis of man-to-man, my second defensive philosophy was that we were going to employ multiple defenses, especially on the varsity level. I loved the options that running man-to-man and various zone defenses gave us. As a multiple defense coach, I also loved to press, so my other defensive philosophy was that we would try to press a lot.

Offensively, my philosophy was to run a motion offense. I felt that the motion offense was the best way to teach kids how to play basketball offensively. Yes I always had set plays, but I wanted kids to learn how to play the game, rather than just be able to run plays. I also liked to fast break when we had the chance. My most recent year of coaching (my 28th year coaching basketball), I tried a whole new offensive system that I had learned and felt would work really well with the personnel we had on that team. Being open and adaptable were keys to me being flexible enough to make that change.

These philosophies are great examples, though, of the problems that a coach will sometimes run into trying to incorporate his philosophy. I found that sometimes certain personnel just struggled running the different offenses and defenses that were staples of my philosophy. In those years, while I didn’t necessarily abandon my philosophy, I had to be content tweaking it, coming up with other options, and being patient with my teams.

This explanation of the concept of a “Sport-Specific Philosophy” is by no means a “be-all and end-all” discussion on the topic. Rather, it is a start for coaches to consider as they think about how they want to develop their own philosophies. For a much more detailed explanation of each of the Sport-Specific Philosophy, sign up for my newsletter at www.coachwithcharacter.com to receive a FREE copy of the soon-to-be released eBook version of my booklet “Establishing Your Coaching Philosophy.” The eBook will have much more detail on all of the aspects of establishing the various philosophies that coaches need to have. It is set to be released later in August.

In the next post on the philosophies, I will cover a “Practice Philosophy.” Until then, I hope you are considering your own philosophies and what you believe youth athletics should be all about.

Do you have a Sport-Specific Philosophy? I would love to hear from you in the comments section.