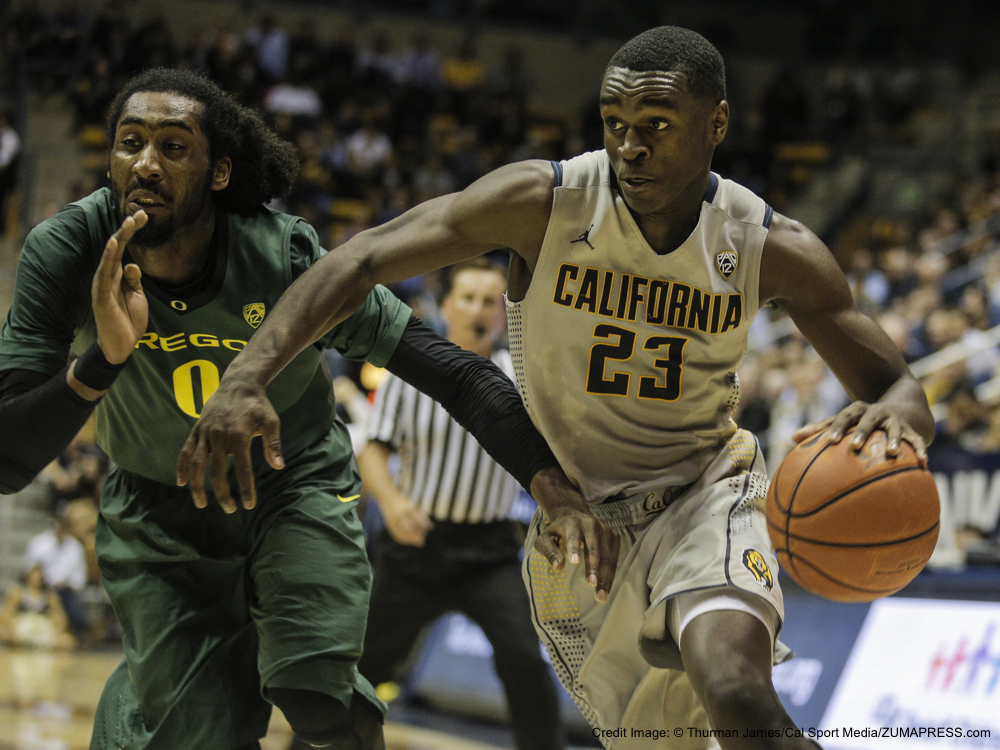 In Vol. 8 of this series on pressure man defense we address the “baseline push” concept and the “Near Man Rule.”

Wherever a player is on the court, the next checkpoint below them is the target for their stance angle. It is the spot to which they should be influencing the ball.

In pressure man, these checkpoints settle the “force middle or force baseline” debate. In short, your heels should be on the rooftop angled towards the nearest checkpoint.

X1’s stance angle forces the dribble to the sideline checkpoint. This concept is called “sideline push.” Illustrated below are the rooftop and checkpoint concepts in a half court setting.

But what about when the ball is on the wing? The same concept applies and the principle of “baseline push” takes over.

The mantra to abide by is “no middle drives.” On-the-ball defenders while on the wing are forcing the ball to the baseline checkpoint. When the ball is on the wing, the defender should make every attempt to push the ball towards the baseline checkpoint.

However, if/when the dribbler tries to drive middle, the defender should protect the elbow and force the dribbler back up the rooftop to the top of the circle.

Do not “bucket step” with the top foot and give the driver a clear path through the elbow. Instead, “reach step” with the high foot and force the dribbler back up the rooftop to the top-of-the-circle checkpoint.

Of course, there will be times when the on-the-ball defender needs help on a baseline attack. Philosophically, you have options.

Another philosophy would ask the post defender to stay at home and the low help defender to rotate over to stop the drive. The top help defender would then rotate down to “help the helper.” Only two players rotate in this scenario.

Whichever you choose, drilling this concept in four-on-four is a logical build up. In the Base Trap 4-on-4 Drill, teams learn to help on baseline attacks and closeout on the skip passes they sometimes generate. This basic shell drill works on fundamentals such and stance angle, denying ball reversal and helpside defense. In this phase of this staple drill, instruct offensive players on the wing to attack baseline on the catch.

Many coaches teach help defenders to rotate all the way out of the lane on the very first dribble of the offensive attack from the wing.

Another approach would be to instruct the low helpside defender to rotate “as needed.” Giving the on-the-ball defender every opportunity to cut off the drive at the checkpoint keeps your defense in its’ shape. On the first dribble go a step. On the second dribble go another step. If there is a third dribble, help is probably needed; get out of the lane with the third step and set the base trap at the checkpoint.

Once the base trap is set, both defenders should belly up and “jam” the ball handler. Trace the ball without fouling. X1 must deny the pass out of the base trap thus forcing the skip. Once the skip is in the air, the “Near Man Rule” takes over.

Near Man Rule: If/when the skip/diagonal pass is made over to the helpside of the defense, all players must immediately rotate to the nearest opponent on the flight of the pass.

This rule applies to all skips, but especially needs to be drilled out of base traps.

In Frame 2 above, X1 denies the nearest pass out of the base trap forcing 3 into a skip to 2. On the flight of that pass, the Near Man Rule kicks in.

X1 is the nearest man to 2, therefore he/she must rotate, closeout and sideline push to the left free throw line extended checkpoint.

X2’s near man is 4 on the wing and they must get there and deny full ball reversal. X4 comes of the trap to be the low help defender. X3 must sprint release to 1. This is the Near Man Rule in practice.

As the ball reverses and gets driven baseline from the left wing, X4 rotates “as needed” to the base trap. Again those two defenders belly up and trace forcing the skip this time to 3 on the long diagonal. The Near Man Rule kicks in again. (Frame 4)

X3 must close out to 3 (their near man) forcing the baseline push to the baseline checkpoint. X1 closes out to deny on 1 preventing ball reversal out of the corner. X4 and X2 sprint release off the trap to the low and top helpside spots respectively. Again, this is the Near Man Rule in practice.

It is beneficial to rotate defensive players through all four spots in this drill so they can apply the Near Man Rule from various spots.

These rotations require communication and repetition. Work on them until the stance angle, checkpoints, help and rotations become second nature to your team.