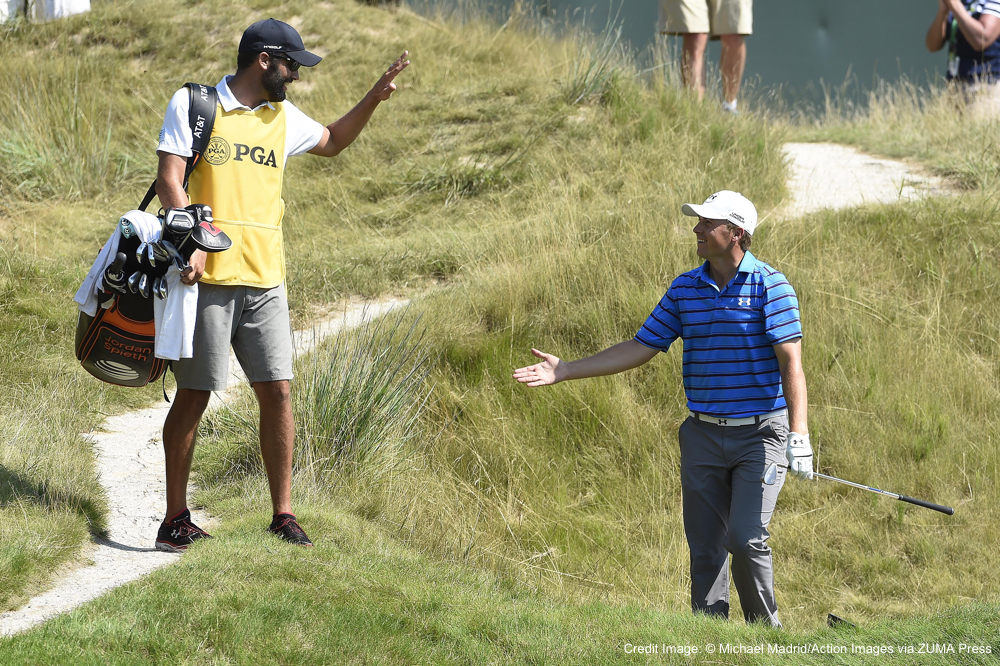 If you follow sports, you more than likely have at least heard of the name Jordan Spieth. Jordan is a recently turned 22 year-old who has had a very successful season in the professional golf world, winning two out of four majors and finishing in the top 5 in the other two. Not bad for someone who is young enough to still be in college.

Golf, widely regarded as an individual sport, is far from (especially at the college level). Sure, you only see the golfer hitting each shot. Sure, it is individual names on the scoreboard. Sure, at the professional level, you are not playing for a team. Sure, it is the individual you see getting most of the credit. When you look at the obvious, it is easy to conclude it is an individual sport. It is important to look beyond the obvious and examine that success in golf, just like in any other sport or in life, is the product of a team contribution. Jordan Spieth is a prime example of just that.

If you have ever listened to Spieth during an interview, usually post-round, he is always using the pronoun “we” in his answers. Highly regarded as one of the most humble players in the PGA, Spieth sees himself as part of a team, with other “teammates” including his caddie, his coach, his trainer, his manager, and his parents, just to name a few. On TV we see Jordan hitting the shot, but we don’t see the interaction of Jordan and his caddie, Michael Greller, helping him in his decision as to what club to use, where to hit the ball, how to hit the ball, and all other items related to Jordan’s preparation. Oh, by the way, his caddie is also carrying around Jordan’s 45 pound bag on his back for four straight days, much of it not flat land, about 7 miles each day. That’s not even including the day(s) of practice rounds leading up to one tournament.

Whoever surrounds you becomes part of you and your success. That concept can easily be lost on those that find a high level of success and the ego continues to grow. For Spieth, he continues to stay true to his humble roots and has even said, “We’re competing together all for the same goal…I believe that on and off the course it’s not just me.”

“We’re competing together all for the same goal…I believe that on and off the course it’s not just me.”

The most successful people and teams realize that it is not just about “me.” They understand that success is shared and realize that without the “we” that they would never reach their greatest potential and ultimate success.