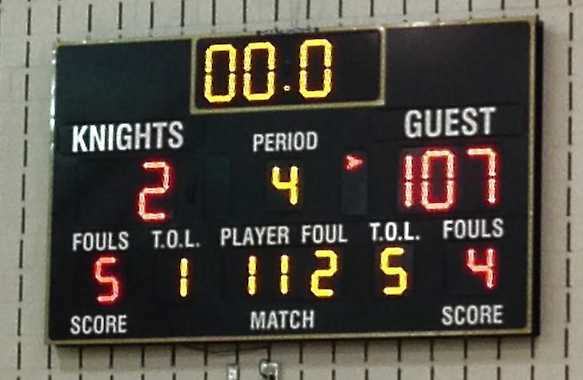 A friend of mine who has been a football coach for the last 20 years is now coaching his 4th-grade son’s soccer team. He does not know soccer all that much, but he is a good teacher/coach, so he was asked to coach the team. His son is a very good athlete and soccer player. Unfortunately, one of the other best athletes in 4th grade was also put on their team. As one might expect, their first game was a blowout. They won 16-1! My friend was prepared for this possibility, so he took both boys off the offense after many goals early on. Other players were moved around to try to help keep the score from getting too out of hand. So, he was trying to do things to keep it from being so one-sided, but this kind of situation always prompts discussion on what coaches should do to better handle this dilemma.

There are no right and wrong answers as to what to do in these blowout situations, but coaches need to do something to try to deal with them. Too many coaches either don’t understand or don’t care that they are blowing out a team, but they need to understand the importance of doing something to ease up on the opponent.

A few years ago a girls’ basketball team in Texas made headlines for beating an opponent 100-0. People called for the coach of the winning team to be fired (and eventually he was). He responded that he had tried to keep the score down. His players defended him, saying that he taught them a lot about being good sports. They talked about how a few years earlier they were being blown out, too. They worked hard over the years and turned their program around. It was time for the other team to do the same.

There are many questions and ideas on this topic. How big of a difference in score is enough that some kind of mercy needs to be shown? There is no clear-cut, follow-the-manual way to handle blowouts. But handle them we MUST. Coaches who say that the opponents need to get better are missing the point. Of course, the opponents need to get better. However, right now, they aren’t better. All you are doing to them right now is humiliating them and making them not want to play. It does no one any good to win games by 50+ points, let alone 100-0.

Coaches need to figure out some guidelines when they get put into these situations, and then act on those guidelines. First, they need to recognize what a blowout is. Every sport has a different point differential where coaches need to recognize it is time to do something to limit the gap. The coach can begin to do things to make sure that the score hovers in the point differential range that is safe to preserve victory but also not humiliating to the opponent.

Coaches need to have a plan for these situations. They must address their teams about the situation. They should let their kids know what they plan on doing and why. This is a great teaching moment about good sportsmanship. Tell the kids something like, “There is no grace in winning by an exorbitant score, so we will keep it respectable.” Then give them the plan.

In general, coaches should start subbing bench players when they have hit a certain point differential. Putting players into positions they don’t usually play can also help. Take off any kind of presses and pressure tactics. In continuous motion/transition sports, stop moving the ball/puck quickly into the opponent’s zone. Have players make many passes. However, don’t play “keep away,” as this can be even more frustrating and humiliating for the opponent. Limit scoring chances by placing rules on what kind of scoring is acceptable. For example, limit shots to only come from the player’s weaker hand or foot or from certain spots.

Coaches can also ask the opposing coaches what they would like the coach to do. They can ask if they can do anything offensively or defensively to help the opponent out, either to have some success or to prepare them for something. This can be done at half time, quarters, or timeouts.

Finally, remember that what goes around, comes around. If you coach long enough, you will be on both ends of blowouts. If you are on the losing end of a bad blowout where the coach did not do things to limit the gap, you have every right to be upset about it. Let it fuel your fire to improve and one day defeat that coach’s team. However, don’t let it be an excuse for you that you’re “gonna’ get him some day” by doing the same thing to him. You won’t be “getting him.” You’ll be humiliating the kids in his program, teaching poor sportsmanship to your kids and his kids, and giving him more justification why what he did before to your team was acceptable. Take the high road, handle it with class, and hopefully he’ll see that and maybe recognize his own poor sportsmanship.

If you are on the winning end of a big blowout, make sure you handle it with class. You will feel good about yourself, your team will learn a great lesson, and you will begin making a name for yourself with other coaches and fans that you are a class act, and you know what is important about youth sports. While the victory will feel good, how you handle it will feel so much better. There is no substitute for doing the right thing.

My booklet, “The Sportsmanship Dilemma,” is about many of the sportsmanship issues that coaches face, and I devote an entire chapter to blowouts, with much more in-depth explanations and ideas on how to handle them. Check it out at www.coachwithcharacter.com. How do you handle it when you are winning or losing by a large margin in your sport? I would love to hear your thoughts and ideas.