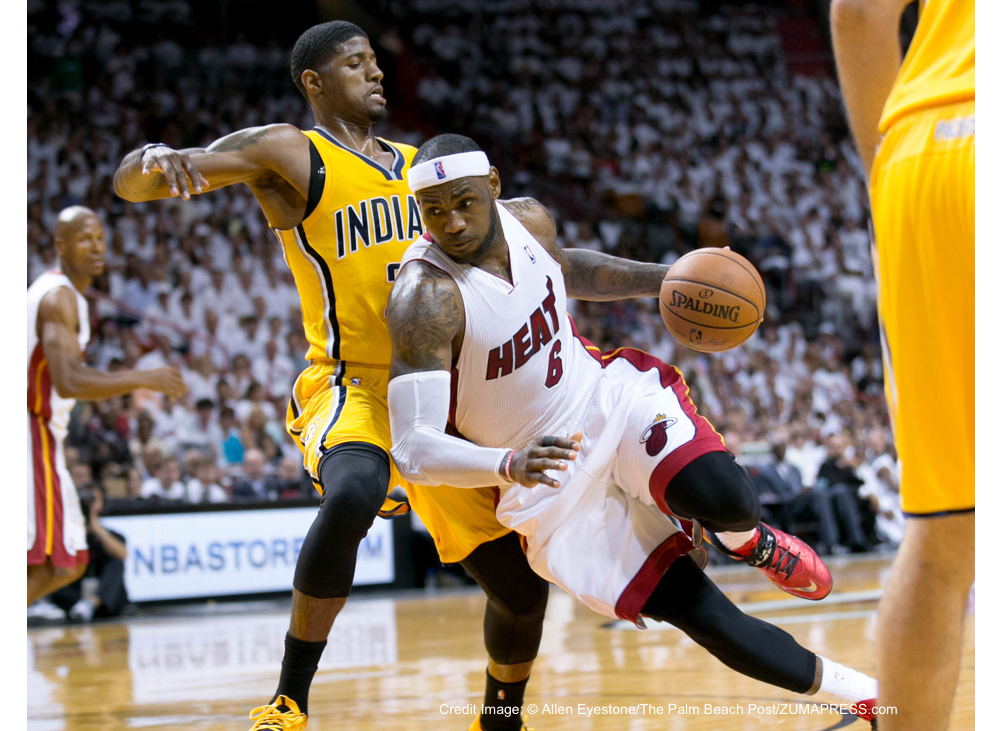 Looking to play small ball this season? If you have a player at the 5 who can handle the ball and make good decisions, the Delay offense, made popular by Mike D’Antoni in New York when he had David Lee as his Center, is a great and versatile option to consider. While David Lee was very effective in the Delay offense, the best example of this set being used successfully was in Miami with Chris Bosh at Center. Miami’s variation, called “5”, started as a simple set and evolved into a series of calls, reads, and counters that became a powerful weapon for the Heat. This was the basic Delay set for Miami, and each variation of the set was derived from this base action. As the offense evolved and the players become better at adjusting to the defense, new counter sets grew out of this split action, some as called sets and some as simple reads. Just like a regular NBA drag screen, this early offense action can occur just as a read and doesn’t require a call. When running this action out of a Delay alignment, it immediately becomes a Spread P/R, making it a difficult cover in transition with shooters on the perimeter and no defenders in the paint to bump the roll man. This is Basic “Swing” action in the NBA, but out of a Delay alignment. Again, this action does not require a call, and again it quickly places the defense into a Spread P/R scenario. With a dynamic player such LeBron James who can bring the ball up or also play in the post, interchanging and moving pieces around on the perimeter can create new counter options and scoring opportunities. Here a Rip screen is used to create a lob or post up opportunity for LeBron. If the reversal to 5 is denied, this set can also start with same side action, such as the corner stack. In any denial situation, Delay can simply become common Pistol action, including all the wealth of options available in the Pistol Set.