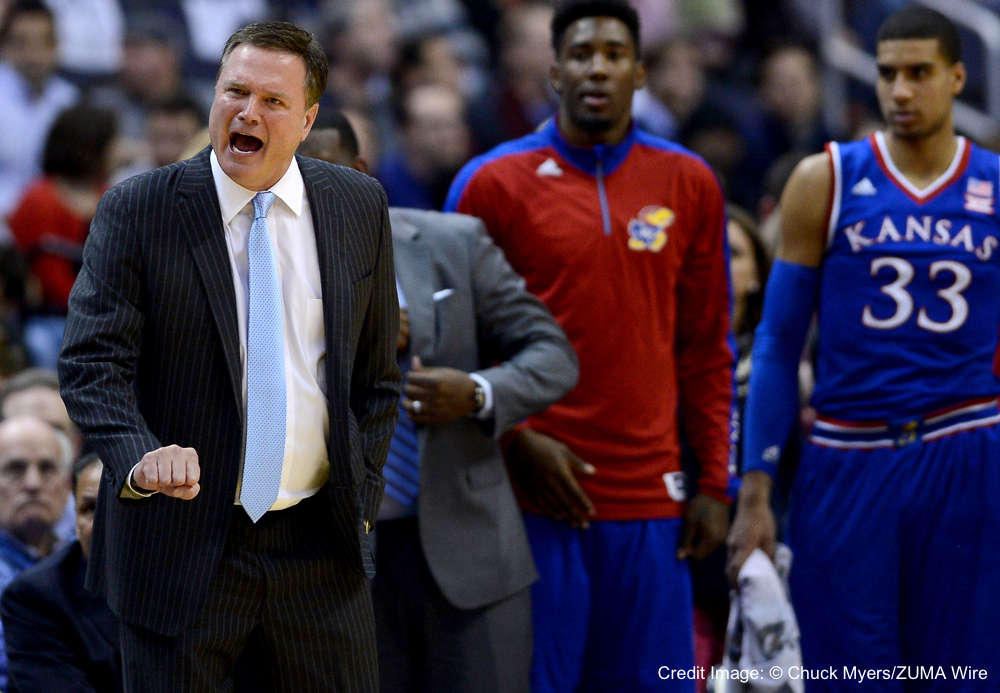 With the NCAA basketball season just around the corner, here are some video playbooks and downloads to get you ready for the action!

College basketball season is upon us. Coaches add new wrinkles from year to year and the new shot clock rules may slightly impact the X’s & O’s, but below are video playbooks of the staples of five big time programs.

BYU plays at a blistering pace and they shoot the ball without conscious. The video below takes you through their early offense featuring lightning-fast dribble handoffs and secondary break actions. There are also some special set plays included.

The Cougars were second in the country in scoring in 2014-2015 (83.7 ppg) and their Pistol offense was a big reason why. They will have to replace high-scoring guard Tyler Haws, but look for BYU to post eye-popping numbers once again.

The shot clock may have changed and Bill Self may add a few new faces, but his High-Low Offense is sure to be prominent once again in the Jayhawks’ arsenal. Check out examples of the “strongside cut” and “weakside cut” options of the High-Low Offense in the video below.

Can the Jayhawks keep their Big 12 title streak in tact? If they do, the High-Low Offense will be a big reason why.

The “Carolina” Break has long been a staple of Roy Williams. The Tar Heels run and run hard and get great post touches and spectacular lobs game-after-game and year-after-year. Below is a video of the “Regular” option of the secondary break.

Many prognostications have North Carolina atop the 2015-2016 preseason rankings. The secondary break and all of its options will be on full display with this talent-laden squad.

No team was hit harder by graduation than the Bo Ryan’s Wisconsin Badgers. Gone are Frank Kaminsky and Sam Dekker from squads that reached back-to-back NCAA finals. One thing that has not graduated is Ryan’s Swing Offense. Below the Badgers demonstrate the basics of The Swing in game action.

Ryan is the quintessential “teacher/coach.” And while players come and go, Ryan’s system and The Swing will remain unchanged.

While the NBA’s New York Knicks have struggled to find wins using The Triangle Offense, Johnny Dawkins and his Stanford Cardinal have not. The Cardinal captured the NIT crown and hope to parlay that success into wins in the Big Dance this season.

In the video below, Stanford shows off The Triangle and Diamond Floppy actions.

The Triangle Offense and all of its options have served Stanford well. While they don’t rely on it exclusively, it is a large part of their offensive identity.

Soon the new season will be underway and we will see new wrinkles from coaches across the country. But look for these staples from these teams in the 2015-2016 season.