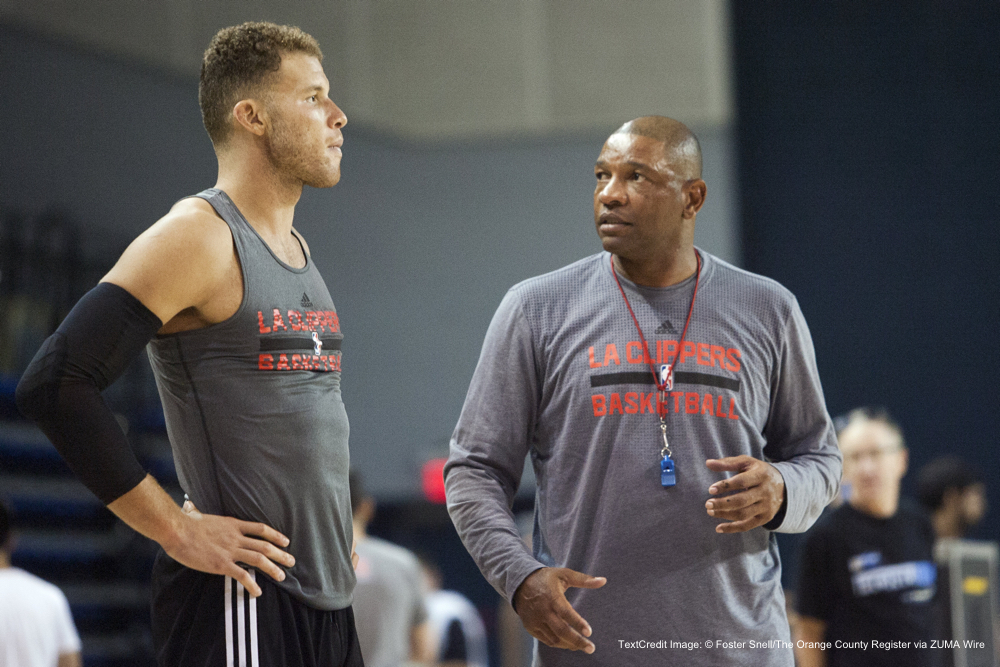 Welcome to the ultimate guide to watching the 2015-16 NBA Season, from a coaching perspective. Have you ever wondered which team to watch for the best half court sets, baseline out of bounds or special situations? Hopefully this guide can give you insight into what the best coaches in the world can provide you when looking for NBA sets or plays to run for your team, or just being a fan in general.

Yes I am writing an article on FastModel’s website, no I do not get paid by them. FastDraw is the single best tool for a coach you can ever have, the days of drawing on a piece of paper or napkin are over. Even though sometimes I still write scribbles on my yellow legal pads, I always transfer them over to my FastDraw database almost immediately, but now that I can DVR and rewind most games, it almost always goes into my library.

I love twitter when it is done the right way. I am active on twitter during every basketball game and it is because there are great people like the great folks at FastModel, Randy Sherman (@RadiusAthletics), Zak Boisvert (@ZakBoisvert) and other coaches willing to talk X’s & O’s on twitter, and share their insights. I can tell you I have learned so much from coaches on twitter, and I always look forward to conversations that enable basketball talk. One of the most important things you can do this season is if you see a great set or action you like and you want to see it drawn out/video or more information about it, please contact myself (@HalfCourtHoops) or @FastModel with the game and timestamp and any other information you wish to include and I can tell you we will go out of our way to get you that information.

Notepads are a coaches best friend, ALWAYS have them near you when watching a game. Scribbling notes, thoughts and ideas are easier than ever, and having a stack of notepads with coaching nuggets and thoughts is necessary for any level of coach. Even the best coaches in the world will tell you that learning and improving everyday is a must, taking notes is a great start.

Let’s talk about what teams to watch for this NBA season and what you can benefit from each of them.

The 2014-15 Los Angeles Clippers were one of the best offensive teams from every facet of the game. Attacking early in transition before the defense can get set, half court sets, ballscreens you name it and they excelled at it. Doc Rivers and his staff do a tremendous job running a great free flowing ballscreen offense and if you want to see their entire playbook, I have created a 2-hour video playbook of the Clippers 2014-15 Offense:

Watching through the Clippers Offense you can see why, in my opinion, they were the most complete offensive team in the NBA. Chris Paul in the pick & roll is extremely effective but what I love is that the Clippers can space the floor even with two big men that are not great shooters. Blake Griffin has expanded his game, but still is not a great outside threat and the Clippers still maintain great spacing in the half court. You will see the Clippers run sets for JJ Redick, a great shooter and the best set they run for him is called “Veer.” Another set that the Clippers like to run is “Horns Brush.” A good Horns set that puts a guard at the elbow (only effective with a shooting big) with a big, and is a screen into a dribble hand off for a guard like Jamaal Crawford to attack off of. The 2014-15 NBA Champions were one of the hardest offenses to guard, not only because of Steph and Klay’s outstanding shooting and playmaking. Steve Kerr and his staff did a great job creating easy scoring opportunities for their team starting from the moment they had possession of the ball. Flow offense, or offense before the defense can get set, is not a playcall but what teams flow into to try and create scoring opportunities and the Warriors were lethal in it.

When you are watching the Warriors this year the thing I would pay most attention to would be after time out sets. Steve Kerr and his staff were so good out of timeouts and using Steph and Klay as screeners were a big part why.

There are several teams deserving of your undivided attention, but I am going to try and go through the top teams in their respective categories.

Sideline out of Bounds

Baseline out of Bounds

I hope you enjoyed this preview and are able to pick the teams and games you watch to better yourself as a coach. Always take notes and learn from the best, even though teams may not be mentioned here or highly rated, they are still the best in the world. Always be open minded and be willing to learn no matter what the team or situation is. If you use FastDraw, Twitter and Notepads the correct way you can find success and continue learning as a coach!