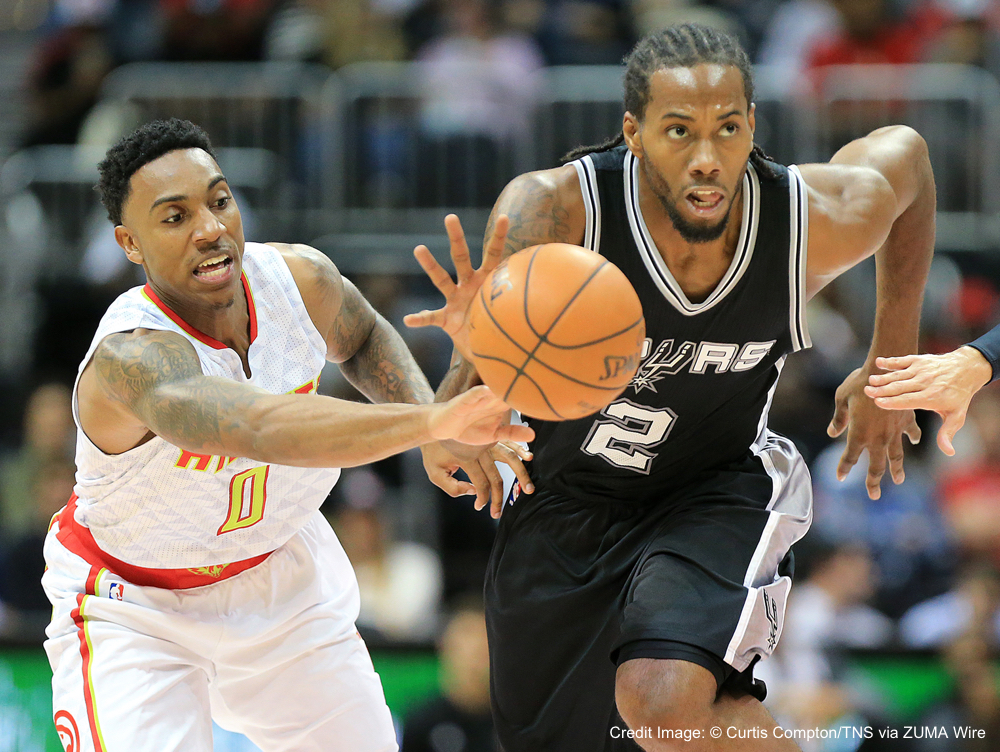 The San Antonio Spurs run one of the most prolific offenses in the NBA. My favorite thing about the Spurs offense is that it does not breakdown once the defense takes them out of a set play. Their offense is not fragile. Because the offense is built on concepts that can be applied to the set plays, the players are ready and equipped to read and react to how the defense chooses to guard their actions. Many of the ideas that underpin this video breakdown are not mine, but have been taken from both Brian McCormick and Chris Oliver.

The overall idea of the offense is to disorganize the defense. This is done by using small individual advantages, in turn leading to larger team advantages. By making quick reads right on the catch, as well as using various 2 man and 3 man actions, the offense is able to create great shots.

The reads on the catch that the players make area as follows:

By making a quick decision, the player takes the small advantage they have (being open on the catch) and turns it into a larger team advantage.

Brian McCormick has a great acronym to teach shot selection. I took the liberty to use it in this video in order to emphasize how it can enhance player decision making. The acronym for shot selection that Brian created is ROB.

If the player can answer “yes” to all 3 of those questions, the odds are that they are taking a very high percentage shot.

The 2 Man actions that are used to distort the defense in the Spurs offense are:

The 3 Man actions that are used to distort the defense in the Spurs offense are:

These actions also help disorganize the defense as well. By using these actions purposefully and teaching the players how to make decisions and read the defense, you can create many large opportunities for scoring.

I hope that you find the video to be helpful. Please feel free to reach out to me on twitter (@john_leonzo) or via email (j.leonzo1@gmail.com) if there is anything that I can do to help!