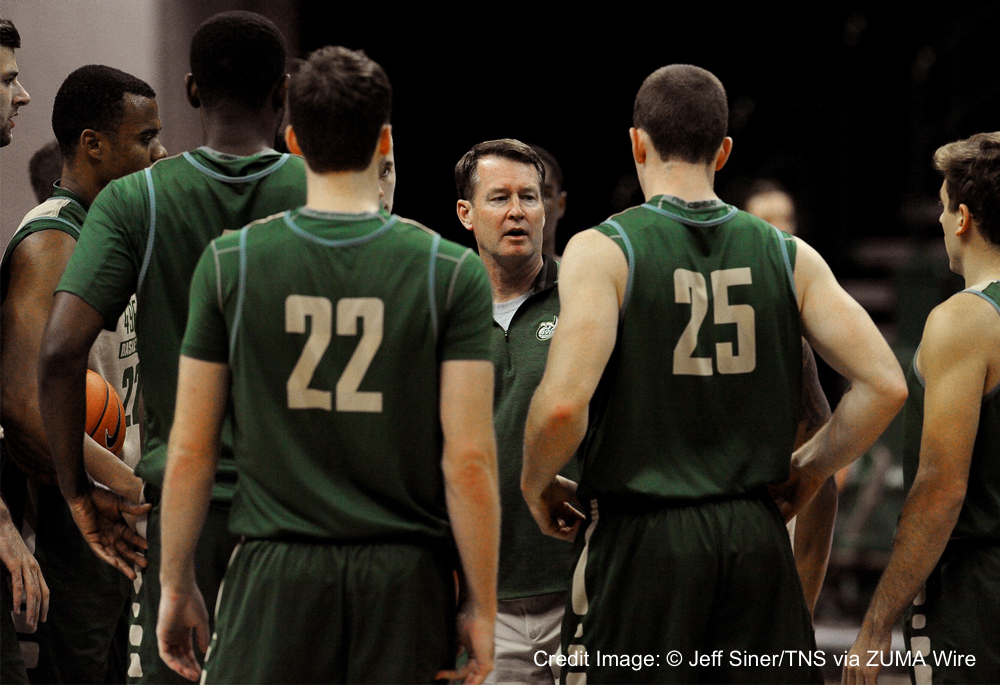 Coaches are always looking for effective drills to start practice. Drills at the beginning of practice should get the players loose and prepare them for the mental and physical grind of a typical practice. The start of practice is also a great time to work on fundamentals such as dribbling, passing, footwork, and shooting.

I have been lucky enough to work for some great coaches that have made the most out of the early part of practice to drill the fundamentals that he wanted to focus on for the day, week, month, season, etc.

NOTE: Click on any drill to open FastModel Sports Playbank and add the drill to your FastDraw now!

This drill was used at Texas Lutheran when I was there and was a great drill to encourage focus, timing, and teamwork. The goal was to make as many shots as possible and to move the ball quickly and efficiently. To start out the season, the goal for makes was 50 in 3 minutes on the right side and 50 in 3 minutes on the left. This would increase as the season went on.

This drill was used at the NBA combine over the summer. It incorporates the classic 3 man weave drill with additional scoring options. Two coaches are needed to pass to shooters. This is a drill we used at Texas Lutheran and is similar to a drill we do now at Colorado College. The drill gets the players used to calling out cuts and making game-speed cuts for a shot. We had the players practice curling, popping, and flaring on the screen.

This drill is great for building habits in transition offense. It encourages speed and precision. The 5 and 4’s in your program need to be able to keep up in this drill for your team to run consistently. This is another great drill to get your players running the length of the floor and shooting a bunch of shots at the beginning of practice. This drill was used in a USA basketball camp and is great for building chemistry between point guards and bigs.

This drill is a good drill for getting up a lot of shots and working on scoring moves. This drill can also easily be used in pre-game warm-ups. This is a drill used by Fred Hoiberg at Iowa State. The drill develops quick instincts for offensive players to find the open man while in a numbers advantage. This drill is from Coach Don Showalter, head coach of the USA U16 team. This drill puts players in game-like pick & roll situations and gets shots for 3 players on each repetition. Below you will find the PDF link to download the Drills to Start Practice Playbook. I have also included a description of each drill.