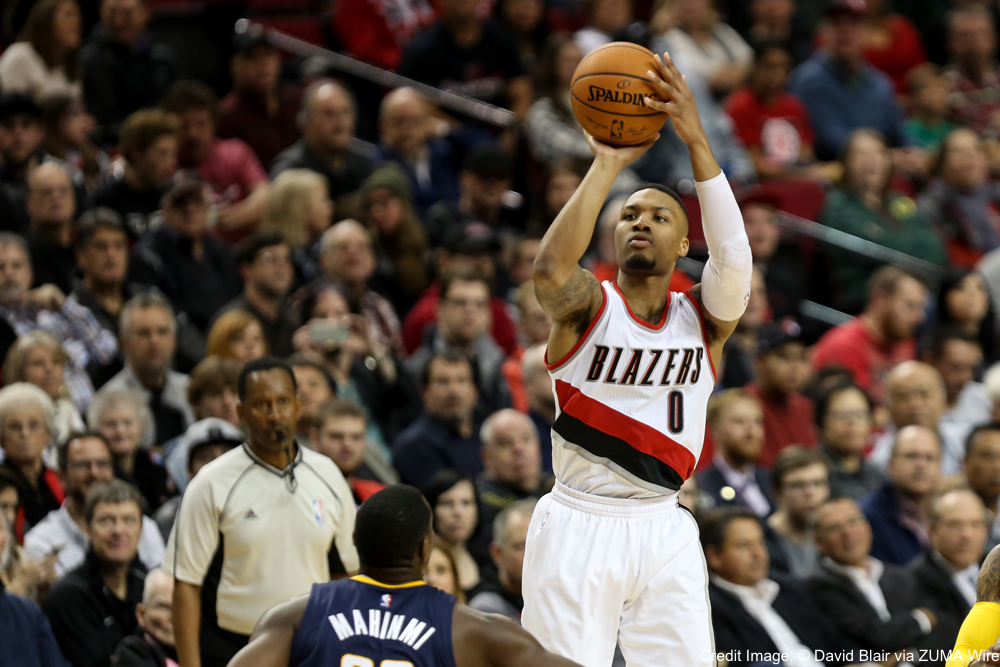 If you are looking for a play to get you an open 3-point field goal, this play, if ran correctly, should get you a great look at the basket (with rebounders in place to keep the possession alive). Notice the alignment, we want our 4 and our 5 to have our middle and backside rebounding responsibilities (playing the percentages). As the PG passes to the 4, we like the 3 to “play with” the corner defender, try to occupy his attention as much as possible, so we can get the top ball-side defender to pick up the ball off the initial pass.

After passing the ball, the PG will flash like he is making a ball-side corner cut (which is a great way to get a quick entry into the post) but instead, will fill the opposite corner. The help defender on the top will naturally sink and fall towards the mid-line. This is exactly what we are looking to have happen. Once the PG has cleared the lane, we want our 3 to cut to the top of the key. As he is cutting, we would like to have the 5 roll over and set a screen on x1. This is all about timing! If the 3 can catch the ball right as the 5 is setting the screen, we are in business. Now, we have the defense right where we want them. As the 3 catches, he immediately attacks DOWNHILL! Do not let the 3 float/dribble outside of the lane. The goal is to get x5 to step up or x4 to step in. Either way, we have the numbers in our favor. Now, we have the options we want. If the x4 steps up, the 3 immediately needs to pass the ball (what we call a hot read) to either the 1 or the 2. If x4 stays low and x5 defends the penetration (which is what we ultimately want), the 3 needs to pass the ball to the 2. If x4 closes out hard on the 2 and he cannot get the shot, then the 2 needs to make the extra pass to the 1 in the corner (where there is no defense). The 4 and the 5 need to crash hard for the rebound. The 3 should be in position in case the shot attempt is short.

There are several different variations that a team can run off of this, but this is by far the most effective. For example, I’ve worked with teams that will have the 3 set a back screen for the 2 on x4 and have the 3 hit the 2 in the corner.