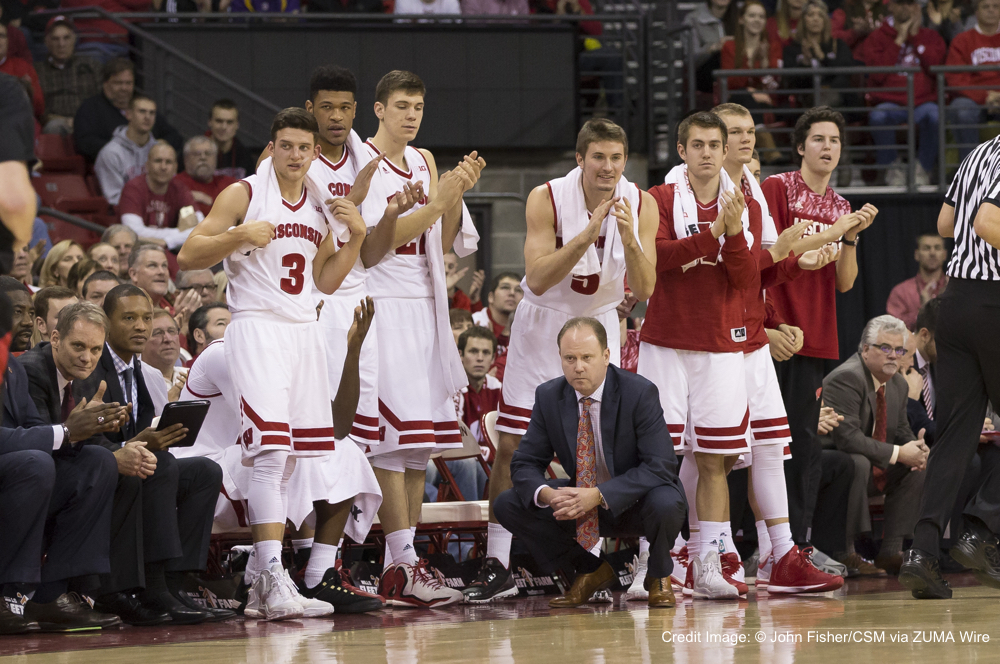 I hope you have used November and December to prepare your team for the main part of your season as conference play heats up for most of us. This time of year, you shouldn’t have to be coaching effort and instead be fine-tuning your team for a chance to advance to postseason play. By now, your team has been around each other since school started, probably been on a trip or two and have spent a ton of time with each other. While we all hope that everyone on our teams are close friends we know that isn’t reality. A jersey can and will bond players but there are so many outside influences that a team’s chemistry can be effected. How is your team’s chemistry? So how do you grade chemistry? You have to step back and observe it. Here are a couple of things to observe and grade your team on.

When you watch film, after you’ve stated and fixed mistakes, re-watch and only watch your bench. Are players on the bench actively involved in the game? Are they cheering, up and active or are they sitting just watching? Let me say this. I am opposed to the “corporate celebration”. I know a lot of coaches have their teams stand for substitutes. Are you making them all stand when a charge is taken? How about every assist? Probably not. Get away from image control and focus on what wins.  I would hope and rather encourage our team to support each other. We’ve all seen the team stand and lazily clap for their teammate because they have to. Teammates should want support each other! The Monmouth Bench is my favorite. Yes its orchestrated, rehearsed and a little over the top but the ENERGY is contagious. I love that. If you’re making your team stand, it defeats the purpose.

Here is a quick bench checklist of the Say, See,and Stand of the bench during games.

This is an easy one to see. When a teammate hits the floor (at a dead ball), teammates-all 4, should be sprinting to pick them up. This builds and shows support. The bench should also be up at this point. This a cultural thing. You can teach it early but if you are having to remind them to do it, you didn’t do a good job emphasizing the importance of this. If your team isn’t doing this, fix it now.

In my opinion, passing is the hardest skill to master. Think about it. A pass is more than me getting the ball to you. It takes skill, timing and target for it to be correct. Everyone can dribble. Dribbling has evolved into an art. Today’s players are exceptional dribblers. Even those that can’t think they can. (We all have one of those) Same for shooting. That is the fun part of the game. Every player works on shooting and dribbling.

HOW MANY SKILL GUYS ARE WORKING ON PASSING? IT IS REALLY “COOL” TO SEE A KID RING A BELL WHILE DRIBBLING BUT CAN HE HIT THE CUTTER COMING OFF A SCREEN WITH A ON-TIME/ON-TARGET PASS?! – (Sorry for the rant)

The assist was the hard part. The guy scoring should be thanking the passer, EVERYTIME. Now that doesn’t mean it has to occur right then. If the play permits, yes. A quick point, or “Good Pass” is ok but transition defense is the most important thing after a score. If the player has to wait until a dead ball then that is ok. As long as it happens.

#And-1  Be a Superstar in your role

Encourage your players to be the best at whatever their role is. If it is helping a manager or trainer get water quickly to the huddle then be that guy. If it is being the rebounder/passer for a starter in pregame then be the best at it. Whatever your role is for that player, encourage them to be the best in the nation at that spot. We currently have the best filmer in the history of basketball because we tell her that, daily. Pride promotes Production. Take pride in what you are doing.

Have a great 2nd half of the season