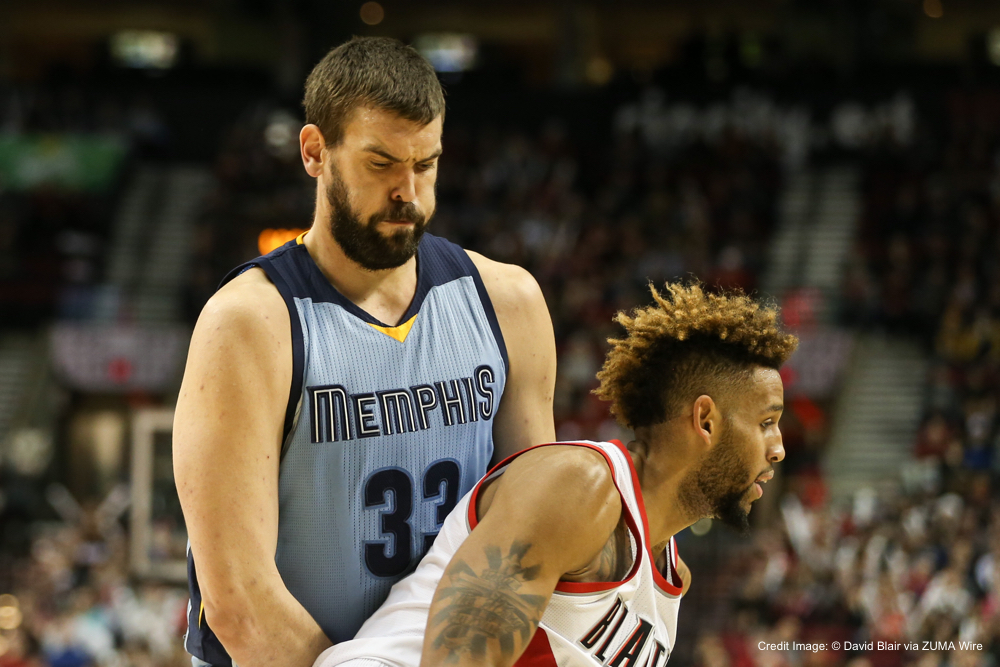 As we are getting deeper and deeper into the season, it is vital that your team is making adjustments based on what is working well for you and what teams are doing to take some of your main offensive actions away. One of the ways that you can jump-start your offense without having to overhaul the whole system mid-season is to begin using “false motion” as a means to move the defense and create shots where you want them. Be sure to read the whole way to the end of the article to watch the video with examples and to download a PDF bonus with teaching points and diagrams. Another false motion is to have the desired shooter set a ball screen and then following that ball screen up by flaring the screener (examples and diagrams below). The best case scenario here would be for the shooters man to provide a lot of help on the ball screen, creating a long close-out as they try to fight through the flare and recover. The worst case scenario here would be a switch (likely to happen due to personnel), but this still gives the offense an advantage. Making the defense switch will place the defenders in better position to be screened, and also makes them guard an action prior to another action, which is difficult. Two years ago, Hillsdale college made us guard this action and it was a nightmare. To execute this action, have a screener set a down screen for a shooter. As the screener sets their feet, the cutter will reject the screen and flare the screener for a shot. This is hard to guard because the screeners defender is in a great spot to get screened as they drop to protect on the reject. Again, refer to the video and PDF below for examples and diagrams.

False Motion #4: Back Screen Prior To Another Screen

In the video below you see the Celtics using a back screen to initiate their screen the screener action. This action occurs by having a guard get back screened and cut to the rim. The guard will then finish their cut with a cross screen, and then receive a down screen immediately after. This action is hard to guard because the guard’s defender is trailing after the back screen, making the cross screen hard to guard. If the guard’s defender is able to navigate all of that action, they then have to lock and trail on a coming down screen, which is no easy task.

Always be looking for subtle ways that you can enhance your current offense. I hope that the four options listed above are helpful, and I would encourage you to adapt what you like to your current team. As promised, you can get the PDF notes HERE and the video with examples is listed below. Enjoy!