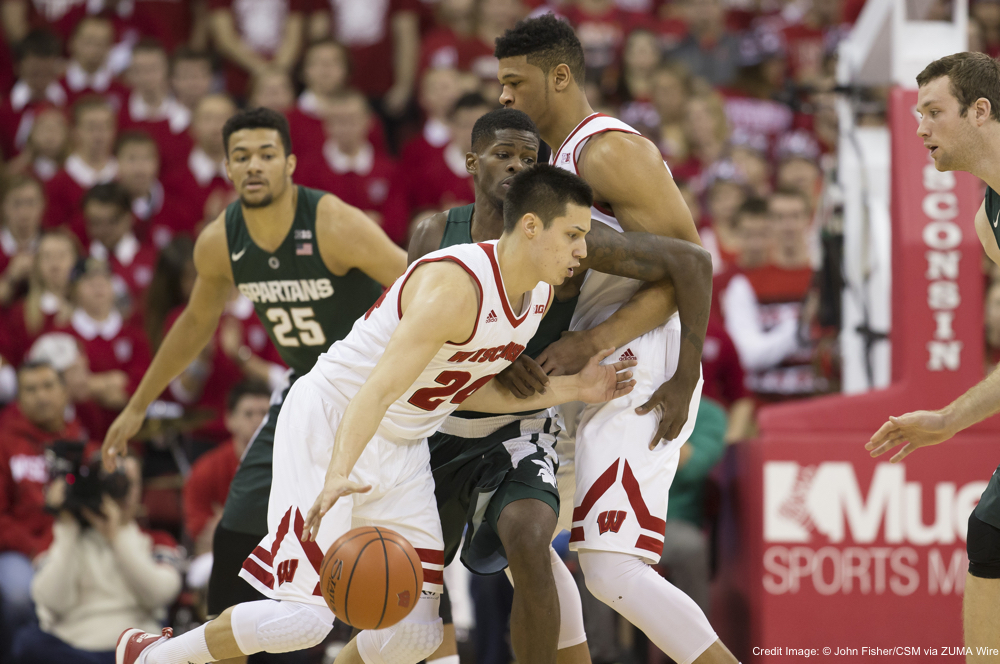 Two screening situations in your motion offense where “rescreens” can be an effective tactic.

There are instances in motion offense where screening just once is not enough. Effective screeners know how to slip, second cut and space themselves within the alignment of the offense after setting a screen.

But often a rescreen is the best option for a screener after they set their initial screen. Getting a sense of when a rescreen is needed takes time for screeners to develop. There are two common scenarios in which a rescreen fits within the framework of motion offense. Often screeners will set the flare early and the ball on the outer third is not timed with the action. Here a rescreen can be beneficial. The screener turns and down screens for the same cutter in the rescreen. Below, the diagram shows a flare screen being set with the ball on the opposite wing. As the ball is brought to the screening action, the screener rescreens into a down screen for the cutter. Below we see the ball being passed from wing to high elbow on the closed post side (shaded area). The post races out to back screen for the passer.

Tips on back screening: But the screener can rescreen for the cutter if the pass is not made to the screener or the cuttter. This option is the rescreen into a pin screen. The big who back screened their way to the perimeter would then turn and immediately pin screen their way back into the post. Use these motion offense breakdown drills to teach the back screen/pin screen combination:

Screening is a nuanced art form where players must master timing, communication and the geometry of the game. A good screener knows his/her job is often not finished after one attempt to free a teammate. These rescreen scenarios can lead to better shots for desired shooters in motion offense.