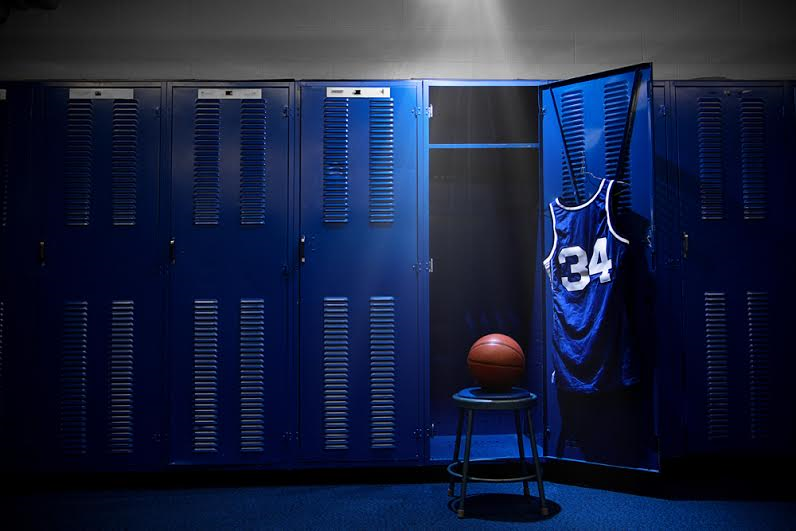 “A Message for the Benchwarmer” by Kyle Means was originally published by Her View From Home.

The madness of March is a beautiful thing. Each year around this time, I devote myself to watching as much basketball as possible. It doesn’t matter what level. NBA, College, High School…heck, I even like seeing kids playing in the driveway next door.  It reminds me of my playing days. No, I wasn’t an All-State athlete who was hoisted on the shoulders of my teammates and heralded for a game winning shot as the crowd roared in delight. I was a benchwarmer. Many games I never left the bench. My career scoring average in high school was less than one point per game.

Nevertheless, I’m still a self-proclaimed basketball junkie. For me, March is like Christmas. Each day is a gift that reveals another game-winning jumper, slam dunk, behind-the-back pass and emotional victory. Watching the best players perform at the highest level is like watching the greatest musical and visual artists at work in their respective craft.

However, as the stars are shining brightly on the court, how often do we think about the guys on the end of the bench? Watching games on TV we often see the cameras cut away to the shorter, slightly less athletic role players waving towels and cheering on their teammates as though they’re front row at a rock concert. We think, “Aw, that’s nice the way they show support for their team,” but do you really know how far that support goes? Do you see those bench players practicing as hard as the starters and pushing them to be even better? Do you see them wake up as early, if not earlier? Stay as late, if not later? Run stairs, lift weights, or watch hours of game-film (video that doesn’t show any of their highlights)?

Now before you start to think, “Oh, here we go again. It’s another bitter athlete who never got his shot at glory,” let me assure you, that’s not what this is about. I LOVE that I got to experience life as a benchwarmer. I cherish the lessons learned from NOT being the all-star. After all, it’s not always about being the best player on the team. It’s about being the best teammate. It’s not about taking the most shots. It’s about knowing when to pass. It’s not about making the biggest plays. It’s about making the biggest sacrifices.

Those are the character building moments that are hard to understand at the time, but make so much sense later on. In youth sports, we sometimes hear about the kids who don’t get to play as much. The parents get disappointed and abrasively challenge coaches about their kid’s playing time. Parents, I urge you not to do that. What you’re doing is showing your children that it’s OK to complain. It’s OK to whine, to be mad and have a bad attitude. The reality is, every team needs those role players and not everyone can be a star. And you know what? That’s life. I don’t mean “That’s life, get over it because you can’t do anything about it.” I mean, that’s life, that’s how you learn to be part of a team. To know your role, to maintain a positive attitude, to overcome adversity, and be the best you can be in that role.

As I’ve heard from coaches, there are two things you can always control: attitude and effort. So to all the benchwarmers (and their parents) I encourage you to choose your attitude. Which will you choose? Will you be bitter? Will you sulk because you’re not the all-star? Or will you go to practice everyday with a positive spirit because you love and respect the game? Will you put all your efforts into making your teammates better because that’s your job – even though you know your picture won’t be in the paper and your name will never be in the record books?

My high school basketball career ended very unceremoniously about 16 years ago. I still remember speaking at our team basketball banquet. I waited until the other players with higher scoring averages had their chance to speak. But I wanted to say something too. I wanted show that, even at that time, I was appreciative of my experience and I wasn’t bitter. I spoke about my love for my coach even though he chose to not to put me in the game most nights. He had hilarious quotes or sayings for trying to get his point across. I told a story about how he described my defensive stance during practice by saying “Means! You look like you’re waltzing with grandmother!” But I wanted to explain that every funny quote or zany comment had a purpose. He was making me a better basketball player. More than that, he was making me a better young man who would grow to appreciate being part of a team, and learning how to lead without scoring the most points.

So to all the benchwarmers out there: ride the pine with pride and be patient. Your moment of glory is coming. It may not be during your season. It may happen during your first group project in college, or in the first business meeting you lead. But it will hit you and you’ll think “Ah, now it all makes sense. Thanks coach.”

Your moment will come. In the meantime, keep working hard and always be ready for coach to call your name.