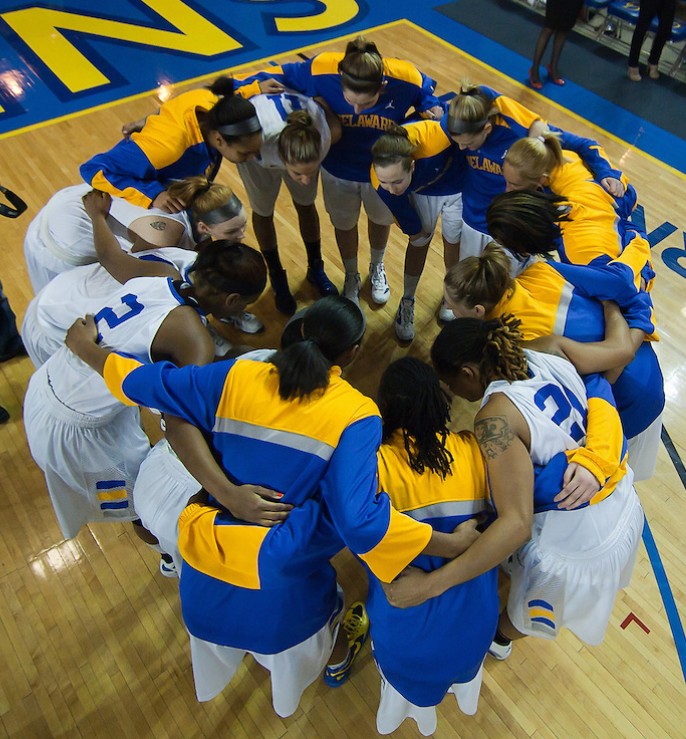 “The athletes I want to lead the team are too quiet. They won’t speak up!”

If you’re a coach, I bet you’ve made a statement like this (and if you haven’t you’re in the minority!).

On the journey of leader development leading by example usually happens first. We look at athletes who work hard, bring positive attitudes and make good off-court decisions as potential leaders.

And that’s a great start. But it’s not enough for your team to reach its potential.

Because teams with winning cultures don’t rely on the head coach as the only source of accountability. [Tweet That!]

One of my favorite leadership books is The Five Dysfunctions of a Team by Patrick Lencioni. It’s a must read. In it, he lists the Lack of Accountability as one of the dysfunctions that keeps teams from reaching their full potential.

If the head coach or even the coaching staff are the only ones keeping team members accountable to the standards and culture, two things happen:

A team with one or more athletes who willingly call one another out on behaviors that don’t line up with your culture has a much better chance of achieving its goals. And that obviously requires your team leaders to step up and use their voices.

Both men and women struggle with becoming more vocal leaders, but it’s generally more daunting for women. Many shy away from speaking up because they don’t want to be labeled as “bossy” or the other 5-letter word that starts with the same letter.

Temperament also plays a big part in a person’s comfort level to speak up.

Some players talk without much regard for a teammate’s feelings—sometimes speaking before they think.

But others want to keep the peace. They have a long fuse and tend not to speak up for fear of hurting someone’s feelings.

With all these factors in play, how can you teach the athletes you want to speak up to use their voices?

And, it helps them become more others-focused as they not only notice, but acknowledge a teammate’s performance or behavior.

Have a manager keep track of verbal encouragement exchanged in a practice. Find ways to reward players for using their voices. As you know, loud practices are more intense, and positive energy creates momentum!

2 – Ask questions. Teach your leaders to ask questions in practice and team meetings. Maybe they know the answer, but they know a teammate doesn’t. Again, you’re training them to consider what the team needs over their own comfort. And keeping the lines of communication open and the dialog going is helpful for everyone.

3 – Instill confidence. Fear holds players back from speaking up—fears like sounding stupid, feeling misunderstood or making someone mad. Help them determine a baby step they can take in order to practice.

Perhaps sharing an opinion when they know their teammates will disagree. Or practicing confronting a behavior privately instead of calling it out in front of the whole group.

Remind them that the goal is progress not perfection. Stay patient and supportive.

4 – Give them authority. Set leaders up for success by letting the team know that you have given those players permission to be vocal as part of their role. Your support will give them confidence that you have their back and that they have your approval to speak up.

5 – Celebrate small wins. Your most important strategy may be catching and celebrating every effort they make to use their voice! Rather than constantly harping on them when they miss an opportunity to speak, notice the times that they do. That kind of encouragement will spur them on to keep growing.

You’re positioned for incredible influence in your players’ lives! Making time to help your team leaders become confident vocal leaders equips them with a life skill that will reap dividends for the rest of their lives.

The Secret to Turning Quiet Players into Vocal Leaders appeared first on LifeBeyondSport.

Photojournalist Suchat Person (Left) on assignment photographing The University of Delaware Women’s Basketball team in the huddle on his day off prior to a NCAA college basketball game against Northeastern Sunday, Feb. 26, 2012 at the Bob Carpenter Center in Newark, Del.
Sharing
Authors