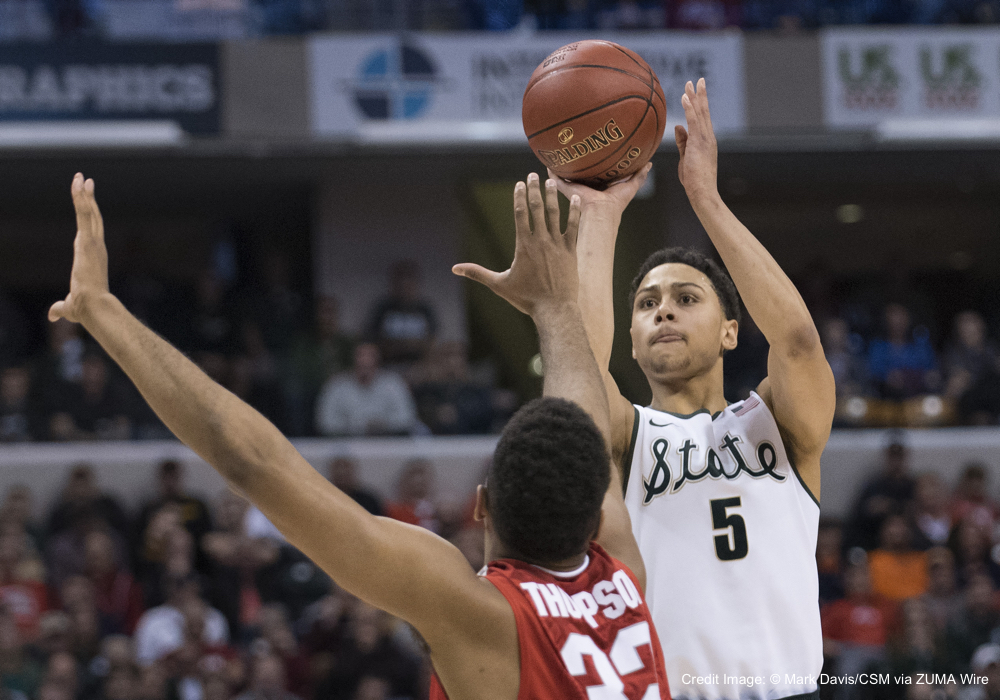 Michigan State (#2 seed, Midwest Region) is making their customary push into March led by player-of-the year candidate Denzel Valentine. But Valentine is not the only weapon Tom Izzo has at his disposal.

Sharpshooting guard Bryn Forbes (14.4 ppg, .484 3P%) has been scorching the nets of late. The Spartans often set down screens to free Forbes for shots. What sets Forbes apart is his ability to read his defender thus making himself near unguardable in the Spartans’ offense.

In the video below you will see motion offense concepts such as straight cuts, out cuts, curls and second cutters.