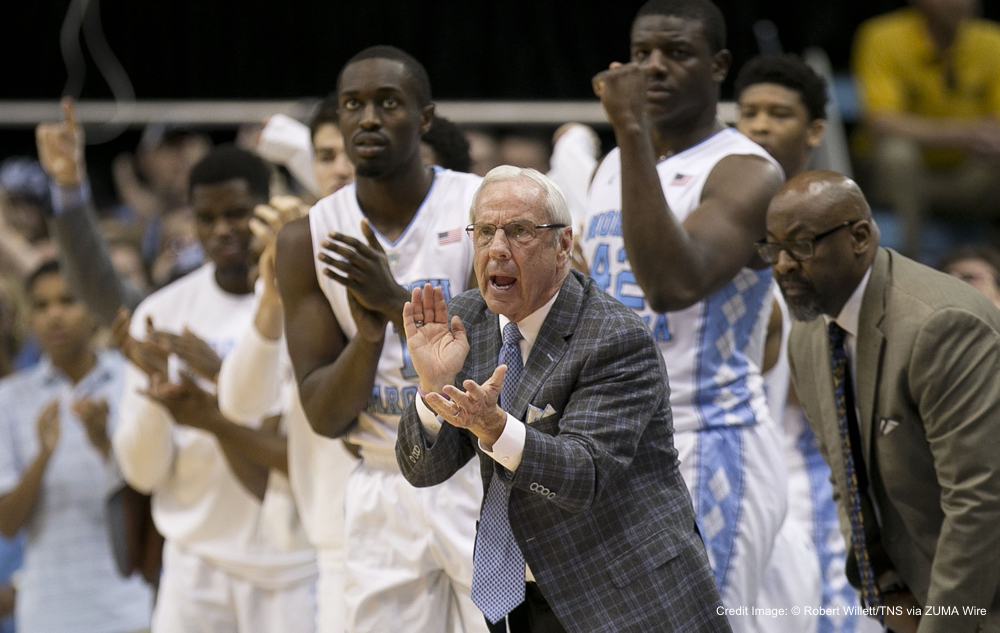 Since most teams choose to defend baseline out of bounds sets with zone defense, it is crucial coaches be able to have a couple of good inbounds plays versus a zone. Instead of looking to score right away against the zone, Kansas inbounds the ball with some misdirection before a lob set for Wayne Selden.

Everyone knows about Virginia’s mover blocker offense by know, as Randy Sherman has broken down very well, so I wanted to find a quick hitter and creative set. This set is creative and designed to get screen the screener action involving guards, specifically Malcolm Brogden. After freeing up the big man’s defender, the point guard turns and sets a backscreen for Brogden and then receives a down screen.

North Carolina’s secondary break has become well known and it is designed to take advantage of early offense versus a defense that can be scrambling. The drag screen is one of the more effective screens in transition and North Carolina sets a backscreen for the big who sets the ballscreen. This action is tough to defend, and if the lob is stopped the big seals his man and looks to post up.

Oregon loves to run sets for their bigs who can shoot, and the way they space the floor allows for open looks. The five man flashes to the elbow and receives a pass, after he receives the pass the point guard cuts off him and he fakes a dribble hand off. During this the guard on the wing cuts inside and sets a down screen on the baseline for the big to get a shot.