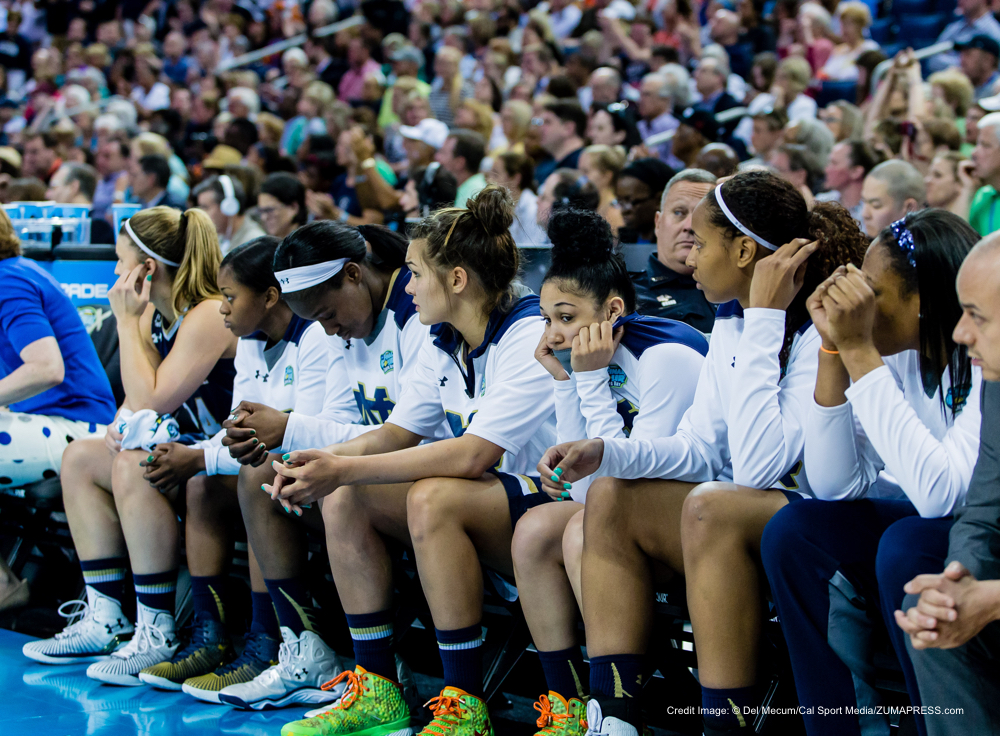 The Reaganomics of Women’s College Basketball:
How to Achieve the Appropriate Level of Play

During my year on sabbatical from coaching I have had the good fortune to observe, network and take notes from a multitude of women’s and men’s basketball programs from New Hampshire to West Virginia.

It was during my most recent travels to Pennsylvania where I watched a variety of programs – including top 25 programs at both the D1 and D2 levels – that my theory of what I call “The Reaganomics of Women’s College Basketball” was reaffirmed.

“Reaganomics” is an economic theory supported by President Ronald Reagan in the early 1980’s. The theory behind Reagan’s “trickle-down economics” policy was that tax cuts for the rich result in more jobs being created, higher wages for the average worker, and an overall upturn in the economy as the average worker spends and reinvests in the economy.

I see the state of women’s basketball, in regards to scholarships, close to same way. Cut scholarships at the highest level and let the dust settle.

Currently the number of student-athletes who can play on a given night in a competitive basketball game are eight to ten realistically. That means if schools are distributing their full allotment (coaches may not have 15 full scholarships or may decide to hold a scholarship for specific recruiting needs) there are approximately five players who will not play throughout the entire season. This results in unhappy student-athletes because of their lack of playing time and with incoming freshmen being recruited and verballing earlier and earlier, in all actuality they may never play.

In order to fix this issue, I propose a scholarship cut, as Reagan proposed a tax cut for his “trickle-down” economic plan. Cutting two scholarships at the division I level would mean that potentially two fringe players from every Division I roster would most likely be reassigned to their appropriate level of play. For instance, two players at each school in a power conference, would find institutions where they could play (mid to low majors), and low major kids would most likely transition to Division II programs. The Division II programs’ fringe players would move to other Division II programs that they could excel at or move to Division III schools. There in turn allowing some Division III fringe student-athletes to move to other programs that better fit them or potentially stay to bulk Division III rosters and enrollment.

This change would affect 702 student athletes at 351 NCAA Division I programs. Take into account the “trickle-down” to Division II and III, and the number grows exponentially.

The benefits for less Division I scholarships would mean:

Nevertheless, there are always potential pitfalls with any policy change. Potential negatives of this “trickle-down” strategy could be:

As a former Division II Head Coach in the Northeast-10 Conference, I was very reluctant to sign a Division I transfer due to the sentiment that I “owed them something” and that they were doing me “a favor” playing at the Division II level despite me giving them some (full or partial) scholarship dollars. That sense of entitlement was something that I was very cautious of and I have seen it time and time again at a variety of Division II schools/conferences.

I believe that cutting scholarships would essentially make coaches at the Division I level be more focused in their recruiting process and allow for Division II and eventually Division III coaches to reap the benefits of sharing talent and improving the overall play at all levels.

Having student-athletes play at their appropriate level in order to maximize their playing careers and overall experience is of the utmost importance. In addition, cutting scholarships and the resulting “trickle-down” affect would improve the game for the aforementioned reasons and give the game some much needed continuity for fans, players and coaches.

Bert DeSalvo is a former Division I men’s assistant, Division III and II head and assistant women’s coach. Follow him on Twitter @CoachDeSalvo