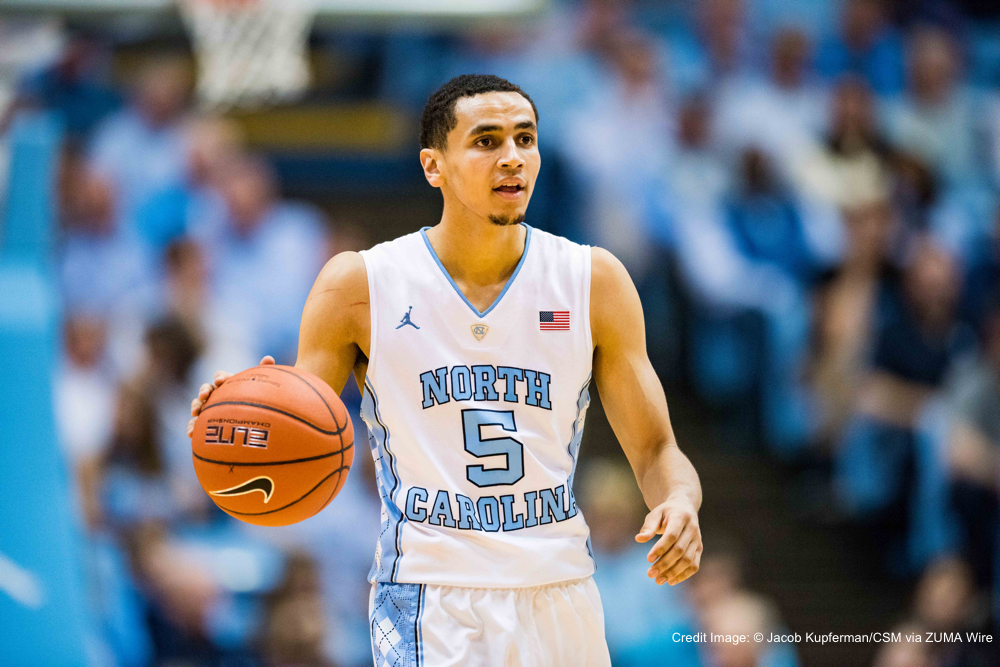 Make no mistake about it, the East Region is one of the strongest regions in this year’s NCAA tournament. From top to bottom, there is no other bracket featuring this caliber of  teams. From a coach’s perspective, the East Region seems as if it was hand-picked for a basketball junkies enjoyment. Upon first glance at the field, one notices the strong history that many of the teams hold, the upset potential from any of the mid-majors, and lastly a strong schedule full of high-octane matchups at every stage of the region.

Can you say guard play! Both of these teams feature fantastic guards, but have also found the later half of the season to be turbulent. Both the Trojans and the Friars started off the year red hot, but have been highly inconsistent as of late. Who is going to show up and deal the other a knockout blow?

Although the seeding begs to differ, I strongly believe that this will be a very close game. What interests me most is how will the disciplined offense of Stephen F. Austin will handle the frantic press and pressure of West Virginia. Which team will be able to impose their will on the other? Although Stephen F. Austin is a lower seed, one thing that they do very well is win games. Coach Brad Underwood touts a record of 88-13 through 3 seasons at SFA, and also dealt VCU a first round bounce in the NCAA tournament two seasons ago. Additionally, WVU leads the nation in fouls committed, and anything can happen when you let a team take uncontested shots with the clock stopped (free throws).

#XsOs Breakdown: The Best of The East Region

If you are a lifelong basketball learner, it is in your best interest to pay careful attention to this region.  Let’s take a look at some of the key things that we will be able to pull from watching these teams play.

Three of the top 20 transition offense teams can be found within the east region. Michigan ranks as the #5 team in this category, followed by #13 Indiana, and lastly #20 North Carolina. A common principle of any sound offense is to attack and disorganize the defense in order to create an advantage for the team with the ball. Teams that attack in transition are able to capitalize on the disorganization of the defense as they are scrambling to get back and match-up on transition.

Essentially there are three main ways to attack a defense while in transition. The three general ways are:

Let’s take a look at how North Carolina, Indiana, and Michigan all attack out of transition:

The ball screen has quickly become one of the most widely used tactics to attack the defense and create an advantage. That being said, teams are having to become more and more creative with how they get into their ball screen actions.

Here are some common strategies that teams have taken in order to make the ball screen more effective:

Let’s take a look now at how some of the teams in the east region are using these ideas as a part of their ball screen offense: The teams in the east region run some of the best half-court/continuity offenses in the country. Michigan run’s a great half-court offense, and Stephen F. Austin also runs the “spread offense” which they execute very well. One of the most enjoyable aspects of the NCAA tournament is seeing who will execute their game plan and who will have their game plan be disrupted. A well-executed half-court offense that allows a team is to score efficiently will enable that team to stay in any game.

Let’s take a look at a detailed breakdown that I have made of the Stephen F. Austin “Spread Offense”.

I would be remiss to write an article on the teams from this region without paying homage to the fantastic press that is put on by West Virginia. You will be hard pressed (see what I did there) to find a more physical and scrappy team than the West Virginia Mountaineers. The Mountaineers lead the nation in steals, turnovers forced, offensive rebound, and fouls committed. Here is a few sample clips of the press employed by WVU.

As mentioned earlier in the article, I feel that SFA has the firepower and experience to send West Virginia home early. If the Jacks are able to handle the pressure, get to the FT line, and force WVU into taking outside jump shots, look to see the Jacks rolling into round 2.

Make no mistake about it, first-year head coach Matt McCall has done a fantastic job replacing Will Wade at Chattanooga. I like Chattanooga because they work the ball as a team to get uncontested shots within their ball screen offense. Also, they have won 5 games in a row (including a conference championship), and Indiana has been a very mediocre NCAA tournament as of late. If Chattanooga is able to slow the transition attack of the Hoosiers and contain penetration, I like their chances as this year’s cinderella.
Enjoy the tournament and use it as a learning opportunity! If there is anything that I can do to enrich your experience as you participate in March Madness, please reach out to me on Twitter (@john_leonzo) and let me know what I can do for you!