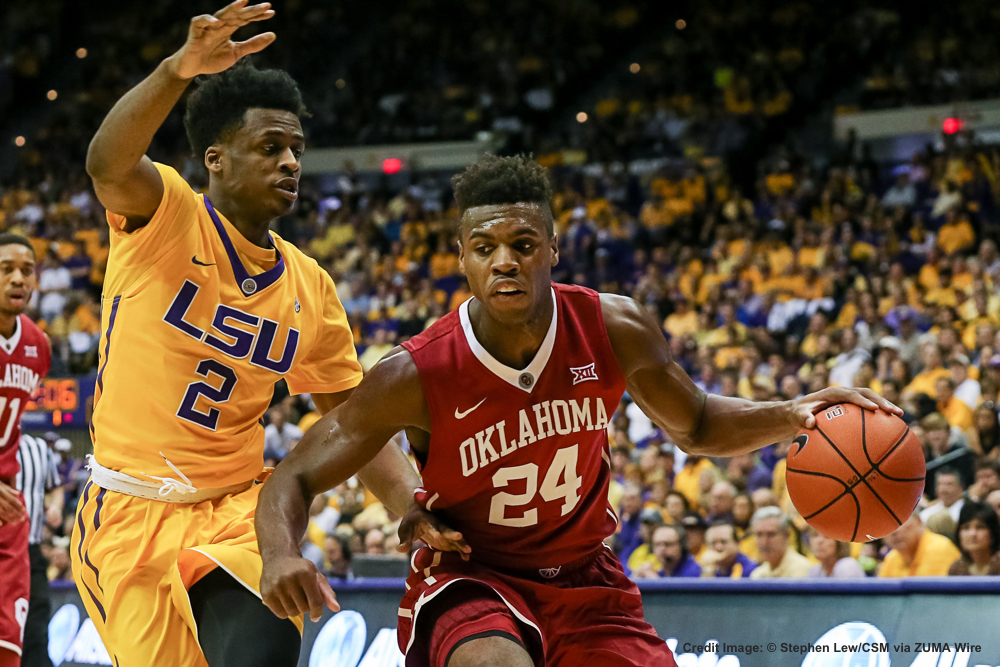 This region has been brought up in many sports radio shows and discussions about being a “weak” region. I don’t see it… I can understand the South and East being arguably stronger, but this region is full of capable teams. The West Region may be the most wide open as well, as I can see any of the top 4 seeds making it to the Final Four. Oklahoma City has the best set of games, and the arena will be filled with Oklahoma, Texas A&M, and Texas fans (feels like the good ol’ days in the Big 12).

#7 Oregon State vs. #10 VCU – This feels more like a #8/#9 seed game. Both teams are coming in under the radar and the winner could give Oklahoma a good game in the next round.

#8 Saint Joseph’s vs. #9 Cincinnati – Is Cincinnati over the devastating loss to UCONN? Energy early on will dictate how the Bearcats play.

Oregon used this zone set against Utah in the Pac-12 Conference Tournament. It may be looking far ahead, but Baylor or Duke will probably play zone defense against the Ducks. This baseline out-of-bounds play has been used all over the Big 12. Having Buddy Hield flash up and be the pass to make the decisions on the flex actions makes it difficult for opposing teams to guard. Hield can shoot, take his man off the dribble, or make the correct pass. Coach Kruger has been calling this play more and more lately. It’s a smart move, as again it forces the defense to pay attention to Buddy. Having Buddy set the ball-screen is a good strategy, as most teams will not hard hedge in this situation. On the pop, Buddy can go to work at the top of the key. Texas A&M has great guards, and Coach Kennedy takes advantage of this with a continuous ball-screen offense. The new rules benefit aggressive guards, and Texas A&M is able to shoot and penetrate with this offense. There are three teams in this region that have beaten the North Carolina Tarheels, and two of them are facing off in the first round – Texas vs. UNI (the third team is Duke). Coach Jacobson is a master of X’s & O’s, but the question is how much offense will the Panthers get to run? Although this isn’t a traditional upset in many people’s minds, don’t be surprised if Northern Iowa pulls out the win.

The Panthers used this play to beat Wichita State in the Missouri Valley Conference tournament. The play opens up the middle for the point guard to drive.

The Bulldogs are going to have to play well to beat Baylor’s zone, but if Yale can make shots they will have a chance. Yale will also need to keep Baylor’s bigs from getting offensive rebounds. They will be well rested, and no doubt Coach James Jones will have his team ready to play. Plus, they will have the home crowd feel staying on the east coast.

Yale used this play against Dartmouth in the Ivy League. Yale does a great job of moving the ball to get an open shot or drive.

As mentioned before, Coach Ben Jacobson – Northern Iowa, is an offensive mastermind. Check out some of his X’s & O’s here in this video playbook. Coach Jacobson is 219-117 so far in 10 seasons at UNI. He has not had a losing season as Head Coach of the Panthers.

Enjoy the tournament! It’s going to be a great one!