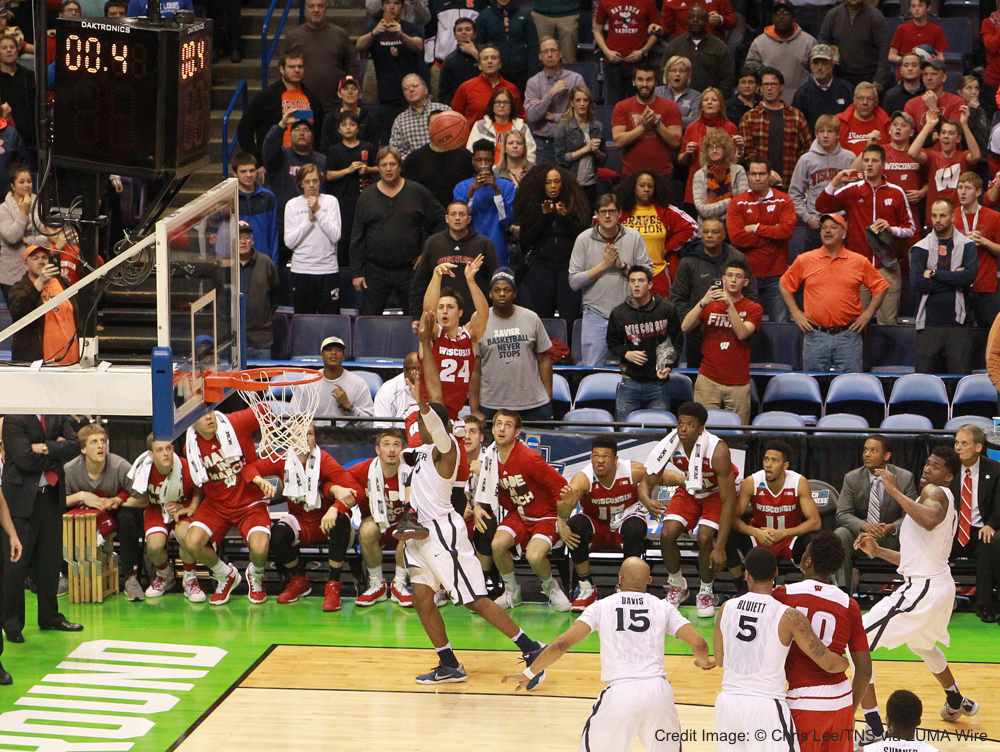 March Madness is truly the most wonderful time of the year for basketball coaches and fans. The opening weekend of the NCAA Tournament was packed full of great performances, upsets, buzzer beaters, and more than one “One Shining Moment.”

This week, our Plays of the Week features the best sets from the first weekend of the NCAA Tournament.

Wisconsin Diamond Circle – Wisconsin beat Xavier using this sideline out of bounds play with 2 seconds left on the clock. The play starts in a diamond and all 4 players move in a circle. The Badgers hit Koenig on the wing for the game winning shot. Diagram by Coach Wes Kosel. Indiana Roll Down – Indiana ran this set play against Kentucky in the 2nd round of the NCAA Tournament. The first screener rolls into the lane and the second screener sets a down-screen for the player who just rolled. The screener can then seal and post as perimeter players relocate. Diagram by Coach Wes Kosel.

Middle Tennessee Chin Hook Pop – Middle Tennessee ran great chin action (backscreen into a ballscreen) and had numerous counters to it in their huge upset of Michigan State in the first round of the NCAA Tournament. Diagram by Coach Gibson Pyper.

Northern Iowa Horns Pop Elevator – This set was used early in the game against Texas by Northern Iowa. The fast-paced actions make it very difficult for teams to defend. Diagram by Coach Wes Kosel.