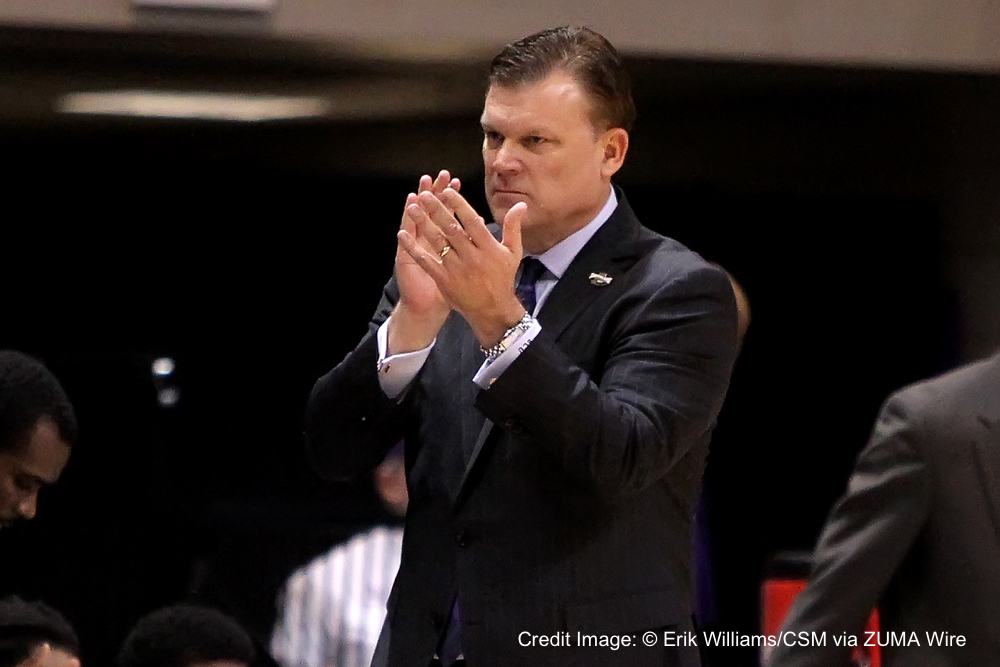 A lot of fans just assume Stephen F. Austin came out of nowhere, but they couldn’t be more wrong. Since 2007, the Lumberjacks are 227-65, they’ve won the Southland Conference regular season 5 times, won the Southland Conference Tournament 4 times, appeared in the NCAA Tournament 4 times, and have a total of 3 conference losses in the last 4 seasons. The current head coach, Brad Underwood, took over in 2013 after Danny Kaspar left to take the Texas State head coaching job in San Marcos, TX. In Underwood’s three seasons in Nacogdoches, he has put together a 89-14 record and hasn’t lost more than 6 games in a single season. Underwood’s Lumberjacks also have appeared in the NCAA Tournament each of his three seasons, winning against #5 seed VCU in 2014, losing to #5 seed Utah in 2015, and upsetting #3 seed West Virginia in this year’s tournament. The Lumberjacks were close to another upset, but Notre Dame was able to tip in the ball on a rebound at the last second.

Coach Underwood played at Kansas State and then started his head coaching career at Dodge City CC in Kansas. He then went to Western Illinois as an assistant and Daytona Beach CC as a head coach before going back to his alma mater as an assistant coach in 2006. He coached under Bob Huggins and Frank Martin at Kansas State, and then went with Frank Martin to South Carolina in 2012. After one season with the Gamecocks, Underwood took the head coaching job at Stephen F. Austin. As a student of Bob Huggins’ philosophy, Underwood plays an uptempo style centered around pressure defense. In the half court, his players are great at denying passing lanes and getting deflections. The Lumberjacks led the country in turnovers forced this year with 18.56 per game.

The Lumberjacks run a 2-3 high (Princeton/Michigan type set) offense with tons of pinch post actions and quick hitters. The benefit of this offense is that the players are interchangeable, and the plays are hard to scout as so many options are similar. In the video below, you will see the following situations and plays.

The number of counters and options that the Lumberjacks run out of a pinch post set is impressive. Creating an overload on one side of the floor and running the ball off of multiple actions at the pinch post gives Coach Underwood’s team a lot of space when trying to score. The initial cuts in the offense have to be guarded as the second cutter ends up in the post, and this action creates space for the player at the pinch post. The Lumberjacks often are able to throw to the elbow for a shot or a quick handoff. They also have built-in counters off of this set including a pin down, flare screen, and lob play.

Brad Underwood likes to keep things simple. And it makes sense… It’s working, why change? Stephen F. Austin runs a ton of pinch post actions against man to man defenses, and against zones they run a triangle motion the majority of the time.  A lot of teams get tired of chasing the Lumberjacks through their pinch post offense, so many coaches opt to play zone (or at least a combination of man and zone) against SFA. The Lumberjack players are well coached, however, and are patient against zones looking to attack gaps and get layups. The basics behind Underwood’s zone offense is two players in the slots (lane lines extended) and three players working a triangle around the zone. They often start with a 1-4 high set to get into the triangle motion, and once they are in it the three triangle players are free to work the corners, short corners, blocks, high posts, and top of the key. The triangles are often formed on the right or left side of the floor (corner/block/high post). In the diagram below, you can see the triangle formed by the SFA players. With the success the Lumberjacks have had, it’s no surprise that Brad Underwood will be the next head coach of the Oklahoma State Cowboys. Being a former K-State Wildcat, he knows the Big 12 well and has experience recruiting Texas players (which every Big 12 school goes after). As for Oklahoma State, Underwood has the recipe to be successful for a long time and so does whoever takes over next for the Stephen F. Austin Lumberjacks.