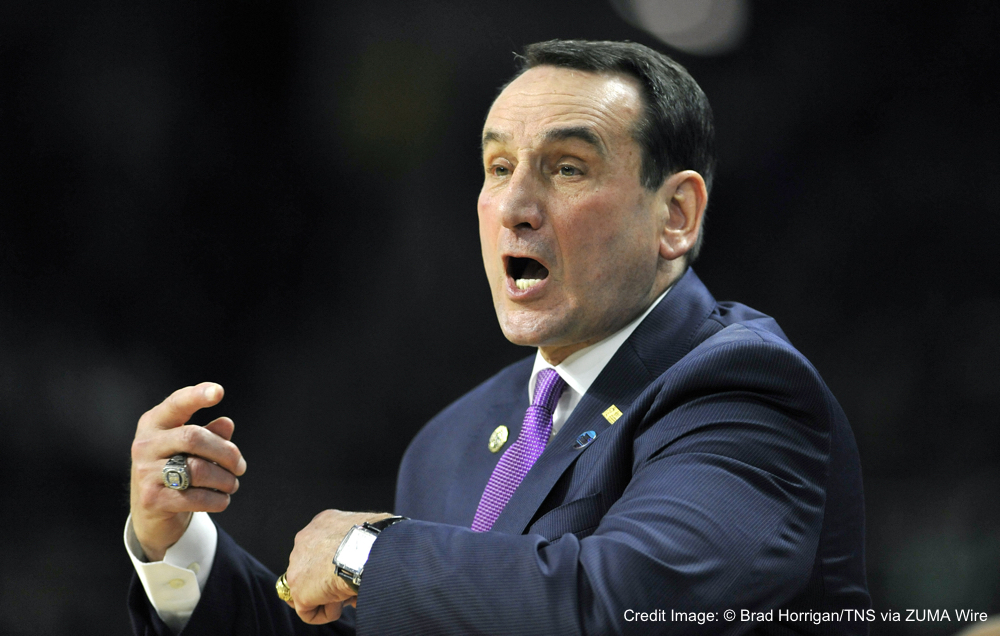 After all of the madness, we are down to the top four seeds in the West Region. This regional bracket was full of great moments in the first weekend: Yale upsetting and out-rebounding Baylor, Northern Iowa’s half court shot,  Cincinnati’s almost game tying dunk, Texas A&M’s comeback against Northern Iowa, and Buddy Hield taking over in the second half to lift the Sooners past VCU. But after all of that, the favorites have made it to the Sweet 16.

Oregon beat up easily on Holy Cross in the First Round matchup, and had a test against Saint Joseph’s in the Round of 32. The Ducks had some trouble shooting the ball, but Dillon Brooks went 4-7 from 3-point range and scored 25 points. Coach Altman only played seven guys, so we will have to see if depth, fouls, or fatigue play an issue in the game against Duke.

This pinch post play got the Ducks an open shot at the right elbow running off of a ball-screen at the right elbow from Brooks. This action is the exact same that Stephen F. Austin and Coach Brad Underwood used against West Virginia to start that game.

The Cal State Bakersfield Roadrunners stuck around with the Sooners for a little while, but Oklahoma was too strong and ended up winning by 14 points. In the next game, Lon Kruger and his Sooners faced a tough VCU team. The game was tight with both teams making plays, but Buddy Hield was too much for the rams to handle in the second half. Hield ended with 36 points on 6-14 shooting from 3-point range.

Oklahoma went to this lob play early in the game. Ryan Spangler showed off his passing skills making the perfect pass on both plays. This play is perfect to use against teams that like to hard hedge against ball-screens. The Sooners simply pass the ball out of the ball screen to the trailer and with the defensive guards hugged to their man (Hield, Cousins, etc.), it leaves the lob open at the rim.

Texas A&M had a pretty easy time defeating Green Bay in the first round, but it was a much more difficult task in the next round against Northern Iowa. In one of the craziest comebacks in college basketball history, UNI led the Aggies 69-57 with 35 seconds left in regulation. Everyone thought it was over…… except the Texas A&M Aggie players. Coach Kennedy called for A&M to press and they forced UNI to cough it up four times leading to a 14-2 run for A&M to end the game. The game went to double overtime after that, but the Panthers had lost all momentum. Perhaps this experience is just what Texas A&M needed to get past Oklahoma.

Texas A&M used this play early in the game and get a good drive to the basket by running the point guard and opposite post in front of the ball to set a “rub” screen for the drive. The rub action is just enough to force the UNI defender to lose a step on the action.

Duke played two relatively close games, first beating UNC Wilmington and then Yale. The Blue Devils got up big on Yale in the second round game, but the Bulldogs stormed back and forced it to be a close game at the end. Yale outscored Duke 39-23 in the second half, but it wasn’t enough to overcome. Duke only played 7 players in the game against Yale, with Grayson Allen playing the entire time. A smart move, as Allen scored 29 points, shot 5-7 from 3, and hit all of his free-throws.

The Blue Devils used this play against Yale to get Luke Kennard a shot at the top of the key. Duke can either run Kennard off of the screen or Allen as well. The down-screen by Ingram is dangerous because he is capable of stepping out to the wing for an isolation opportunity.

Expect this one to be a battle. Both teams aren’t playing many guys at this point and both teams are playing multiple defenses. The winning team will be the one that can adjust to the changes. Duke will need to figure out what to do against Oregon’s zone to man defense. Oregon does a great job of going with cutters once a team gets in their zone offense forcing teams to decide whether to run man or zone sets against it.

An old Big 12 battle, this game is full of great guards. Oklahoma may have the edge with Buddy and the size inside with Lattin and Spangler, but Texas A&M is on a roll with the comeback over Northern Iowa. The Aggies will know that no matter what happens or what the score is, they can always come back.