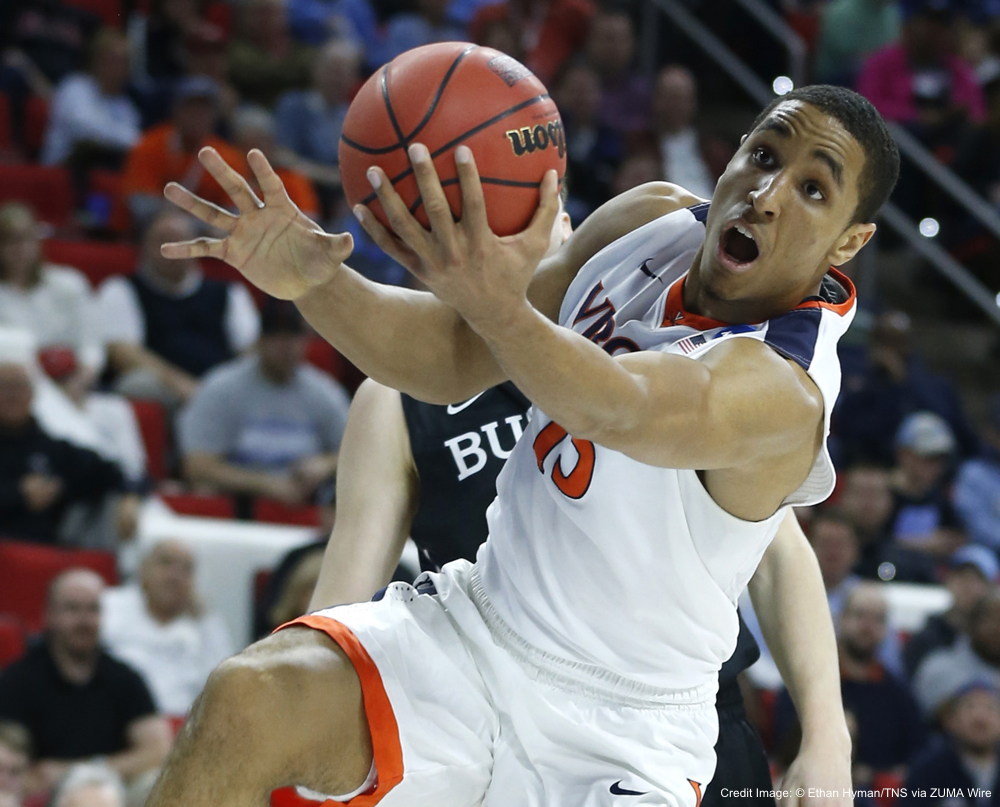 These two could not have more of a contrast in style of play, with Virginia slowing tempo and Iowa State looking to increase it. Virginia’s ability to slow the game down to the pace they want is from their defensive prowess. Being able to control the game from a defensive standpoint allows Virginia and their defensive style in combination with their top 10 offense has allowed them to be a real problem for any team facing them. Iowa state on the other hand is a high powered offense and has struggled at times defensively, but has improved in the last 10 games. If Iowa State can continue their defensive excellence they can give Virginia alot of problems and continue their success in this tournament.

Prediction: Iowa State jumps out to an early lead but the ability of Virginia’s defense will eventually wear Iowa State down.

Iowa State loves weave action and this is one of my favorite sets from them this season. With quick flips into a throwback screen, this action is creative and could work against Virginia’s style of defense. Another action and variety out of their weave series is a weave into a Horns set with a backscreen. Look for this weave decoy action to develop into several quick hitters for Iowa State against Virginia.

Virginia runs this action when they look to get a post touch/quick hitter before mover blocker action begins.

Virginia utilizes this screen the screener set disguised as mover blocker options to get a quick score.

This matchup really hinges on one thing: Syracuse 2-3 zone defense versus the versatile zone attack of Gonzaga. Wiljter and Sabonis are bigs for Gonzag that seem built to feast on zone offenses, with Wiltjer’s shooting ability and Sabonis’ ability to seal his man in the post and score down low this could spell bad news for a Syracuse team that exclusively plays 2-3 zone. Wiljter can be a zone buster by himself, but the ability of Syracuse to get out and contest shots on the perimeter will be key to stopping him and the Gonzaga offense. It is an important battle between who can take the other team out of their comfort zone, since Gonzaga has a top 10 Zone Offense and Syracuse has a top 10 zone defense.

The Key: If Syracuse can limit Wiljter’s activity on the perimeter and handle Sabonis on the offensive glass, they can win. If Gonzaga is able to limit turnovers and defend Syracuse in the ballscreen, they can win.

Prediction: This game will go back and forth but I think Gonzaga’s ability to attack the Syracuse zone eventually wins out and Gonzaga pulls it out.

Gonzaga will set high ballscreens on the top of the zone and replace with a guard and Wiljter in the corner looking to overload the zone. After the overload, Sabonis will seal the low man and they look to make the low defensive man make a decision who he is going to guard.

Gonzaga will set a double screen on the lowest man in the Syracuse zone with a runner on the baseline and again force the outside defensive man make a decision. As a counter, they will have the same action but have Wiltjer flash to the short corner/porch to get a shot.

Prediction: Gonzaga and Virginia meet for a trip to get to the Final Four, and this is a great opportunity for both coaches (Mark Few and Tony Bennett) to seize the opportunity to reach the Final Four for the first time. You could argue that this is the only thing missing from their illustrious coaching records, and Virginia and Tony Bennett take advantage of this moment. Gonzaga hangs around on the presence of Sabonis and Mark Few’s ballscreen motion, but eventually the defense of Virginia wins out.

March 19, 2016 – Raleigh, NC, USA – Virginia’s Malcolm Brogdon (15) pulls in a rebound in front of Butler’s Austin Etherington (0) during the first half in the second round of the NCAA Tournament at PNC Arena in Raleigh, N.C., on Saturday, March 19, 2016. (Credit Image: � Ethan Hyman/TNS via ZUMA Wire)
Sharing
Authors