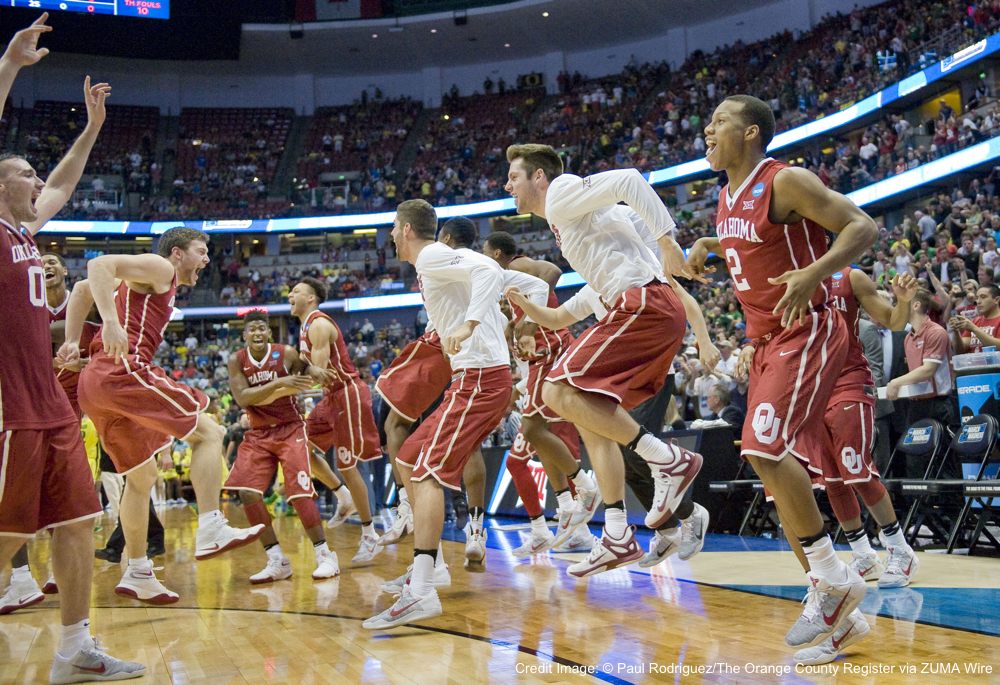 After all the madness, we are down to just four teams. Some surprises along the way, but North Carolina, Villanova, and Oklahoma didn’t surprise too many getting to Houston. Even though Syracuse had not played well coming into the NCAA Tournament they have played their best basketball when it counts most, earning themselves a spot in the Final Four.

To preview the Final Four matchups, let’s take a look at some of the best plays that got each of these four teams a win in the Elite 8.

Villanova used this play against Kansas in the NCAA Elite 8. They roll the ball screener off of the other horns post into the lane. Then once the ball is in the post, the opposite big dives down the lane for a dunk.

Oklahoma used this play against Oregon’s match-up zone in the Elite 8. The Sooners overload the right side of the floor and set a ball screen on the left side. On the rotation and penetration, Oregon loses some of the Sooner players allowing for a tip-in dunk on the missed shot.

Syracuse used this play over and over again in the game against Virginia. They keep a tandem of wings/posts together and have them run continuous down screens until something opens up. In this play, they iso after getting the ball to the right wing. UNC used this play in the second half of the Elite 8 game against Notre Dame. They run a player off of a staggered screen then flip the cutter to set a down screen for the top screener.