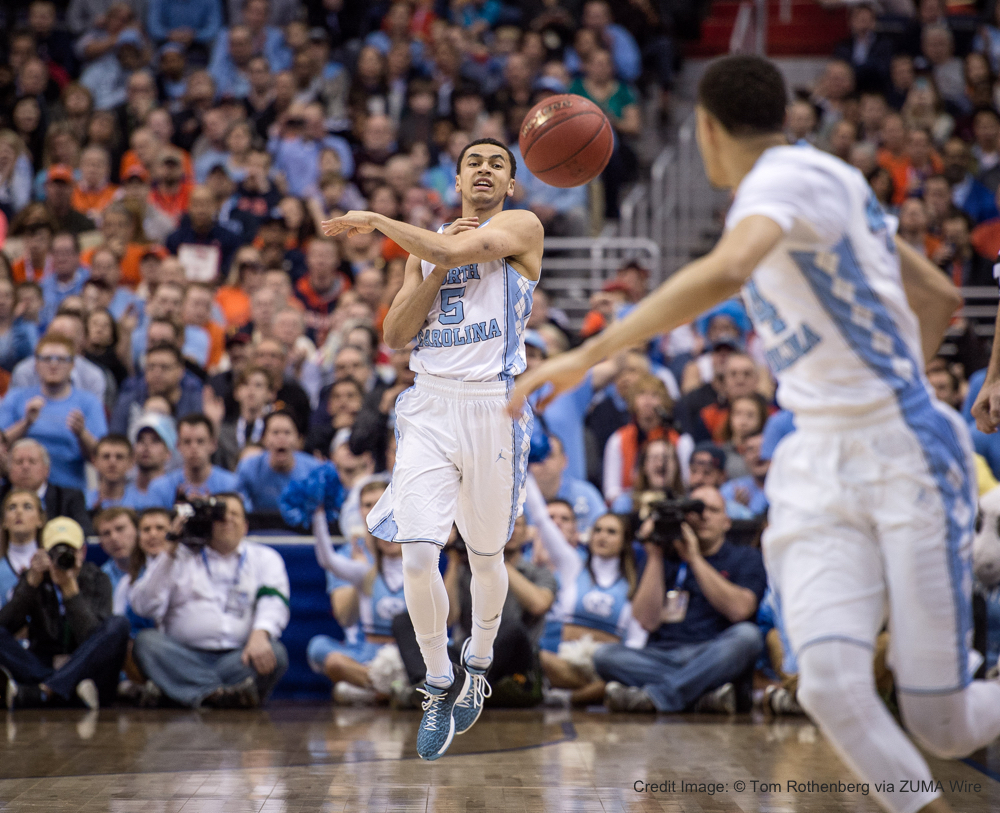 As we reach the Final Four, it looks as if UNC is the team to beat. Their matchup against Syracuse is an extremely intriguing one as it will be the 3rd time the teams have faced off this season. UNC leads the season series 2-0, including a narrow 5-point win in their last game. In order to win this game, UNC is going to have to attack and score before Syracuse can set their zone, attack the offensive glass, and shoot the deep ball well. The good news for Carolina fans is that they have excelled in these three areas all throughout the NCAA tournament.

Both of these methods are effective means of attacking the zone because the players are locating themselves at spots where they cause indecision among the defense in regard to who they need to guard. Lets take a look at one of their ATO zone overload plays below: Lastly, we will see UNC use this overload concept out of baseline situations as well. In the set seen below, UNC has a shooter take the ball out of bounds, and then screens the outsides of the zone as a means to get their shooter an uncontested look. In addition to all of the plays that UNC will run vs. the Syracuse zone, there is also a lot to learn from their general zone offense. Here are a few things to be watching as they play Saturday night:

I believe that this will be an interesting matchup as UNC is red hot and and Syracuse is the underdog near and dear to everyones heart. Enjoy a great weekend of hoops!